These three artists from different backgrounds, met in Mumbai, India, where they explored Indian musical language. Jake Charkey, an American-born cellist, specialized in Indian ragas with Padmabhushan grandmaster Dr. N. Raja, while Ziya Tabassian was exploring the language of the tablas with the great master Pandit Yogesh Samsi. For her part, Veronica Simas de Souza, a dancer of Peruvian origin, trained in oriental dance specializing in Kathak dance in India from Sunayana Hazarilal. 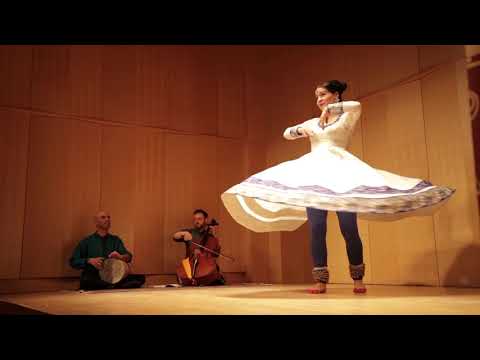 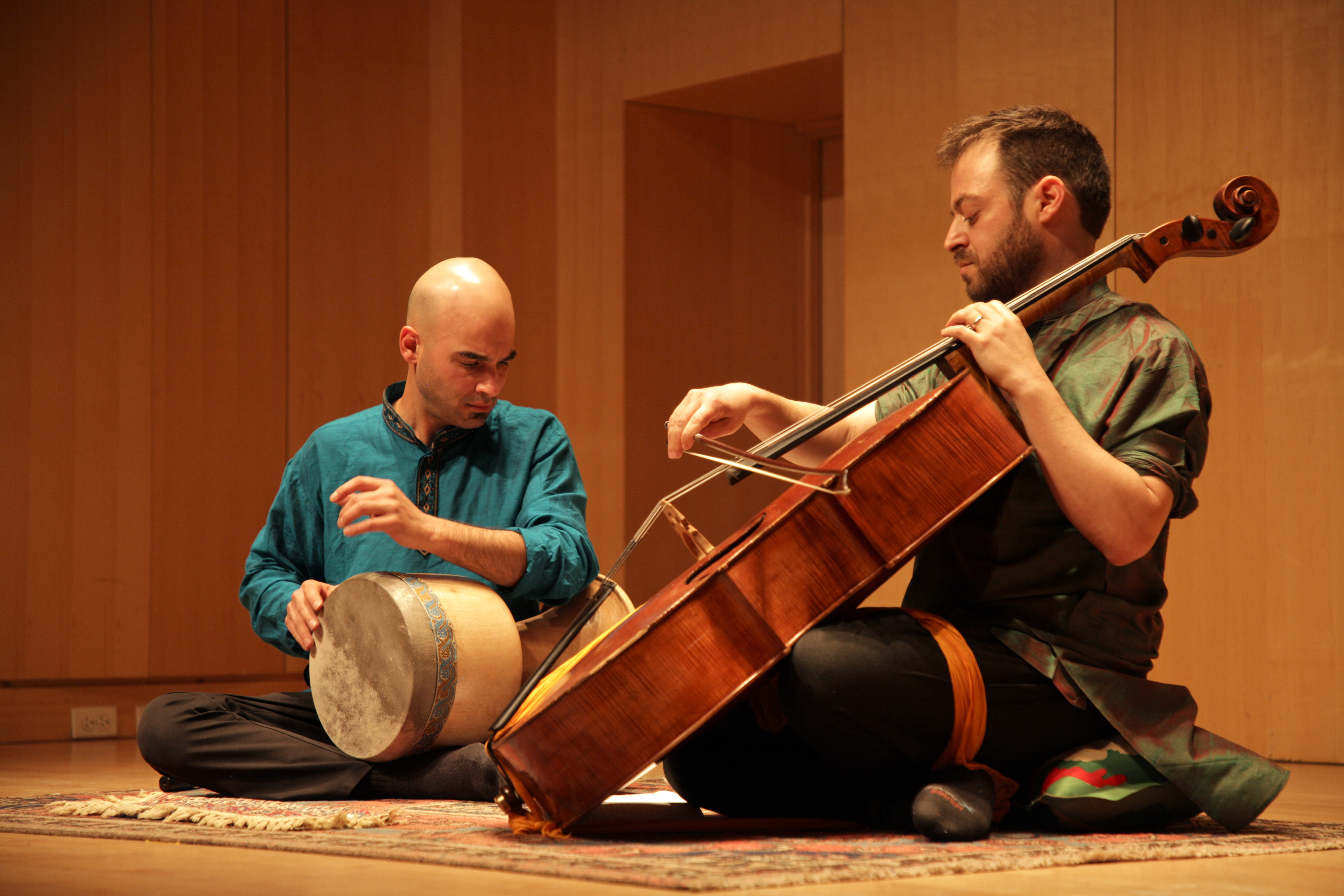 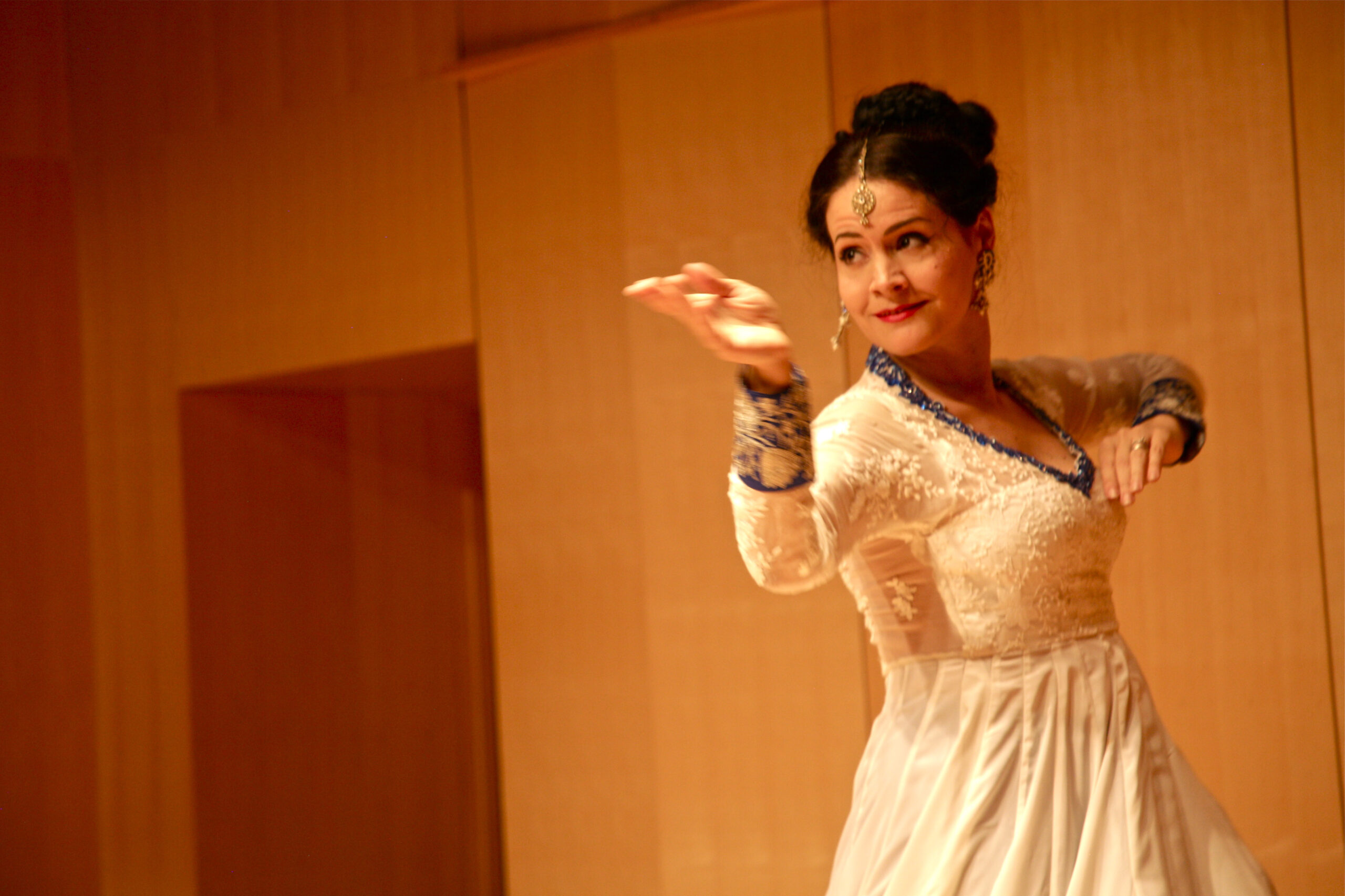 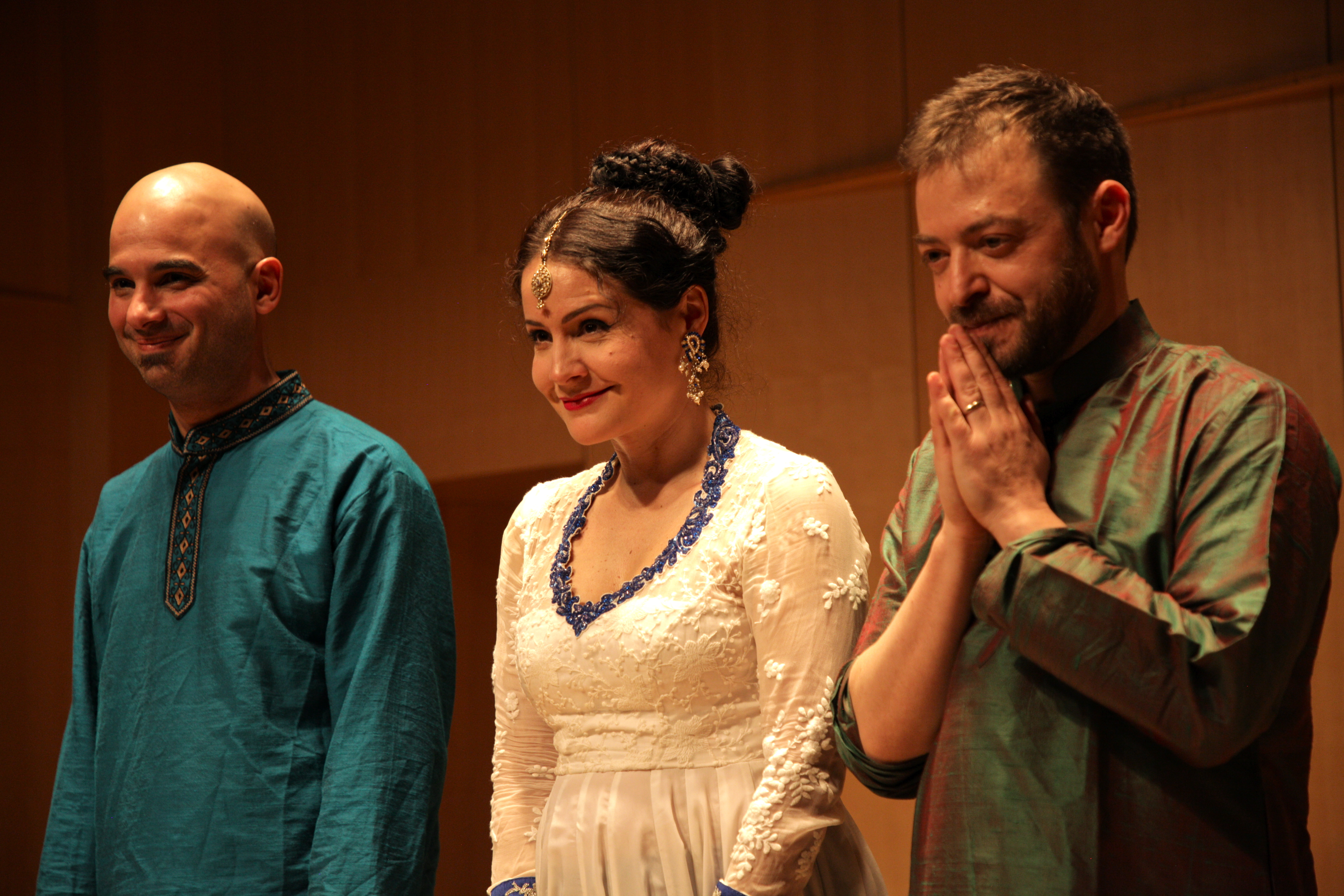 Jake Charkey began playing the violin at the age of six. After a year of particular hardship, his father presented him with a cello and thus began his musical journey. After completing his training at the Shepherd School of Music in Huston, Texas, he broadened his musical skills and vocabulary, and became interested in Hindustani music. He studied in Toronto with sarangi player Aruna Narayan, who invited him to adapt this music for the cello rather than learning an Indian instrument. A disciple of the famous violinist Padmabhushan Dr. N. Rajam, Jake collaborates with many artists such as Arijit Singh, Pritam, Jeet Gangully, Clinton Cerejo, Hariharan, Master Saleem, Taufiq and Fazal Qureshi, Louiz and Gino Banks, Dhruv Ghanekar, Sangeeta Shankar, Shantanu Moitra, Stephen Devassy, and Shankar Tucker, among others. In 2015, Jake launched Rose Productions with Veronica Simas de Souza, a musical start-up dedicated to building musical bridges between India and North America. 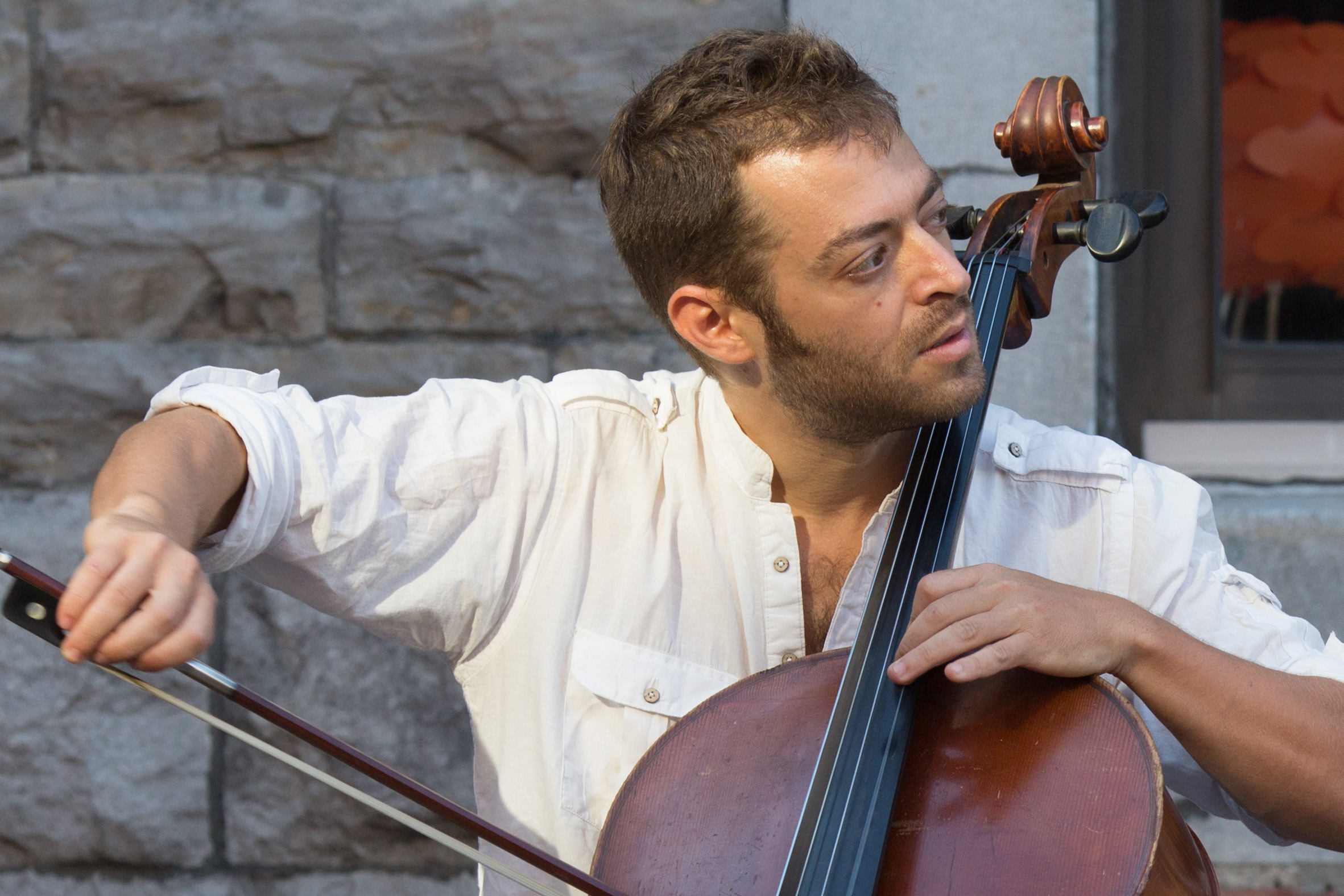 Ziya Tabassian started playing the tombak (Iranian drum) at the age of ten. After a brief period of initiation in Iran, he continued his self-taught training in Montreal, his adopted city. From 1994 to 2001, he studied western classical percussion with Julien Grégoire and obtained a bachelor’s degree in percussion from the Université de Montréal. As an indefatigable explorer, he continues his personal research and follows advanced courses with Bahman Rajabi, Aziz Alami, Trichy Sankaran, Mısırli Ahmet, Shree Sundarkumar, and Yogesh Samsi. As a percussionist, Ziya is interested in early music (medieval, Renaissance, and Baroque) as well as contemporary and world music. He has performed with numerous ensembles, including Caprice Ensemble, Regard Persan, and has performed in more than 40 countries. Ziya has many albums to his credit recording with both large ensembles and artists. He recently released his second solo album, Le cercle des cycles, from his research on rhythmic cycles and new techniques on the tombak.

In great demand as a performer, choreographer, and instructor, Veronica Simas de Souza has an innate ability to weave the subtle nuances and textures of oriental music into movement. She has a dance background that includes studies and performances in Middle Eastern, Modern, and Latin dance forms. She has had intensive dance training with Padma Shri Sunayana Hazarilal, in the style of Banaras of Jankiprasad. As an educator, Veronica works with diverse communities of learners at the highest levels of their artistic research and critical thinking. Veronica is the only South American professional dancer graduated in Kathak.