In collaboration with the maison de la culture Ahuntsic, Okuni offers a unique vision of the woman who founded Kabuki, a traditional form of Japanese theater from the XVII century which remains very popular today. This performance is the story of a woman’s journey in Japan 400 years ago, of her inspirations, her exploration, and the difficulties she encountered.

In this Okuni story, she is connected to a contemporary reality with its many social implications. Narrative, dance, music, and drama, all inspired by traditional and modern Japanese arts, are enhanced by video elements which give new meaning to the story. Video projection is used to tell this ancient legend in Kamishibai, miniature paper theatre, as well as to present a series of Kabuki characters that follow each other on screen and with whom the dancer interacts in movement.

While the character of Okuni has inspired many productions in Japan and Canada, no other performance tells her story in an encounter between these different art forms. 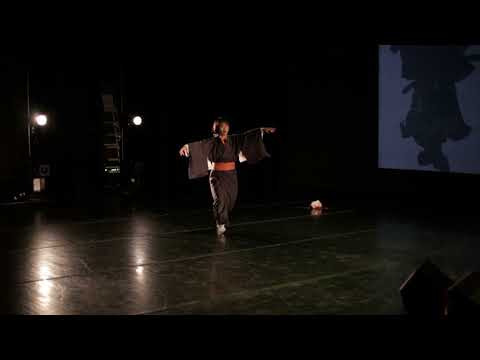 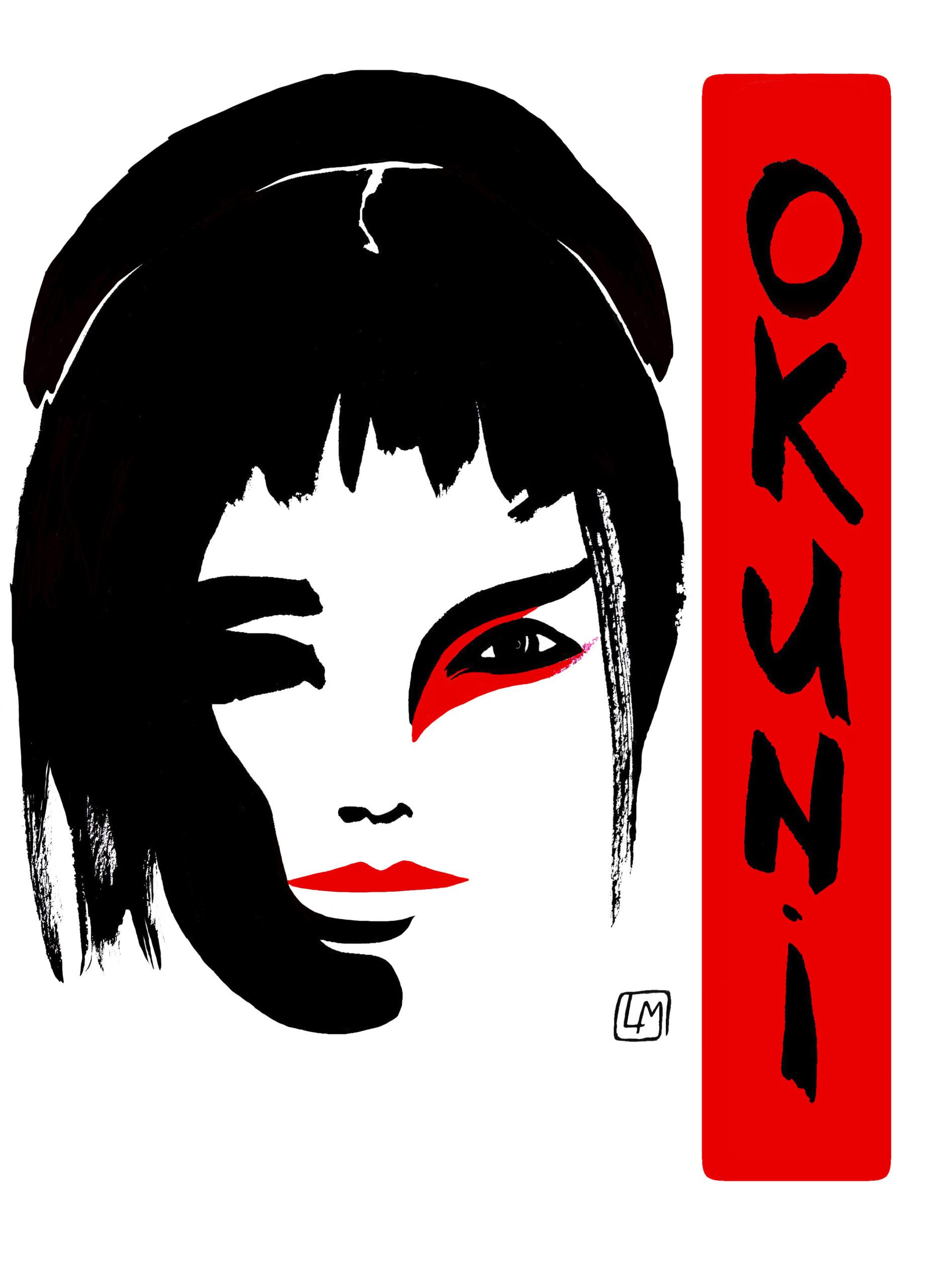 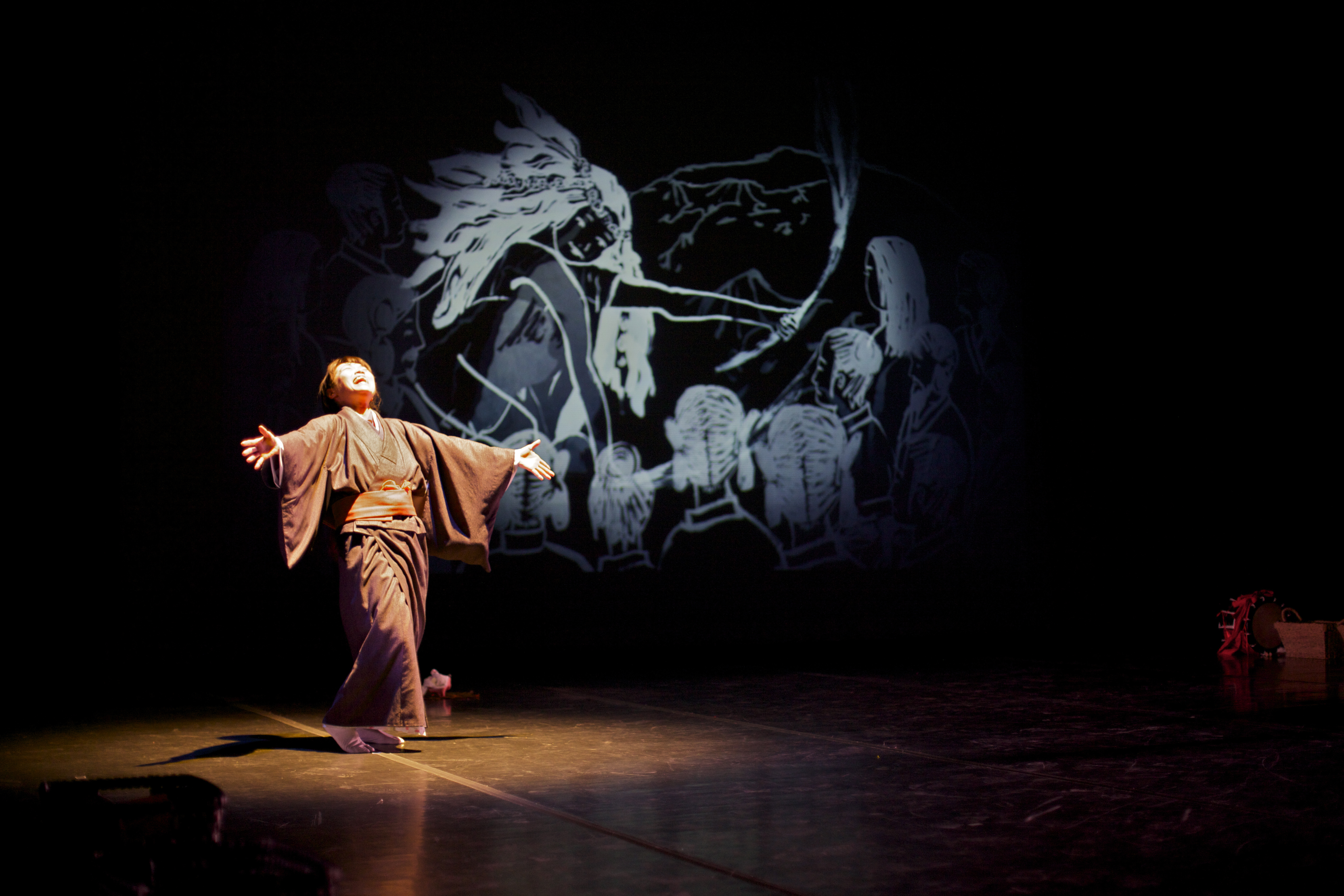 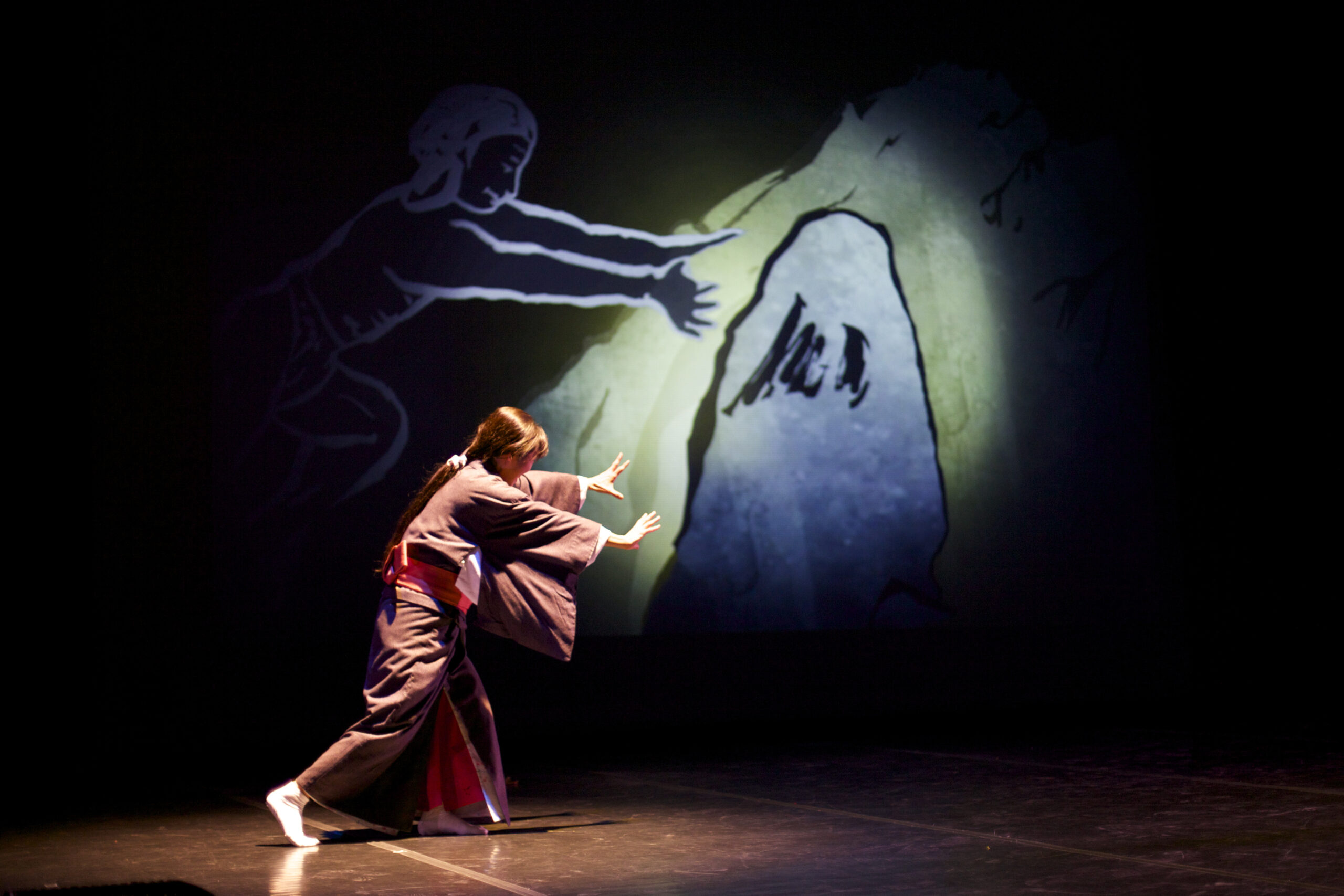 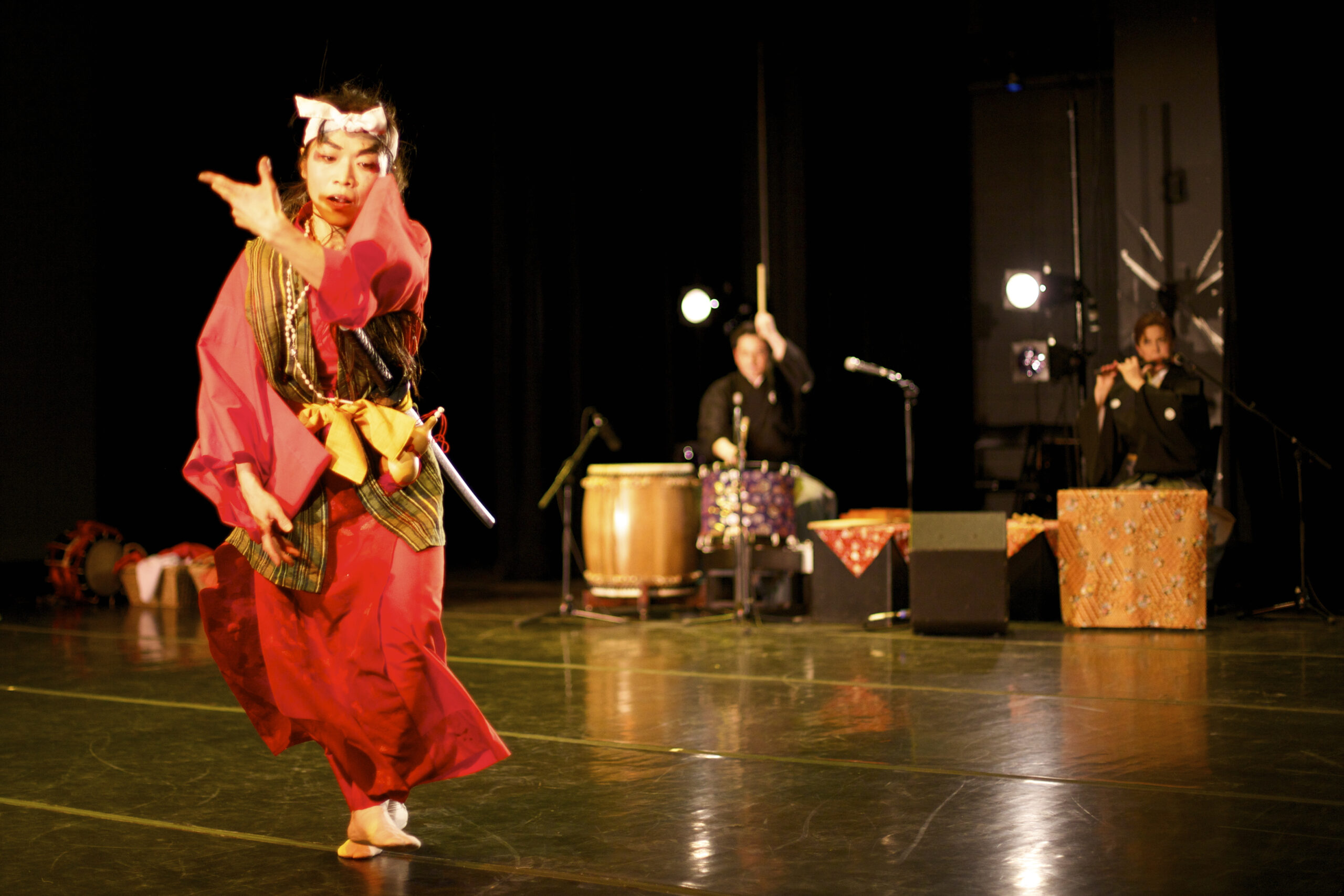 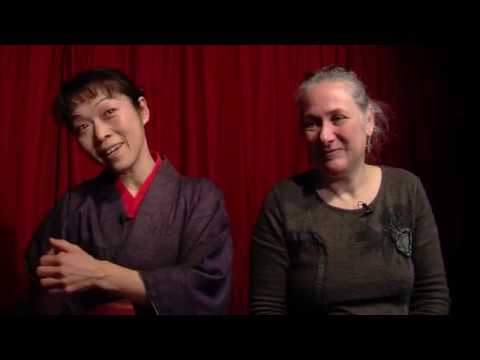 Kayo Yasuhara has studied drama at Tamagawa University in Tokyo. She has also studied traditional song and Kabuki dance, and worked in Japanese theatre. Kayo eventually moved to Ontario where she found language a barrier and used her artistic practice to express herself. She continues to study music, in particular, the shamisen, a plucked stringed instrument similar to the guitar and banjo, and Japanese drums once reserved for men only. In her works, Kayo combines a mistrust of rules in general with a mistrust of keeping artistic disciplines and cultural differences separate. Kayo has now settled in Quebec, once again encountering another linguistic question. She has begun to perform Japanese folk dance and offer dance classes to Montrealers with the Komachi troupe: these are the beginnings of Okuni.

Kokichi Kusano was a member of two Toronto-based Suwa Daiko and Ishin Daiko groups for several years and went on to become one of the founders of the first Taiko troupe in Canada, Nagata Shachu. For nearly two decades, he expanded his Taiko practice with Shinobue and Shakuhachi. Since 2012, Kokichi has traveled between Japan and North America to perform on festival stages for concerts such as the Otakuthon Anime Festival (Montreal) and the International Percussion Festival (Longueuil). He has also performed at the Ottawa Tea Festival and the Embassy of Japan. Kokichi sometimes performs with the troupe, Komachi, led by Kayo Yasuhara. He is currently an instructor at the Toronto Japanese Canadian Cultural Center Taiko Program.

Elisabeth Caty holds a bachelor’s degree with a concentration in the recorder from the University of Montreal and is studying Music Education at the University of Quebec . Although her training is classical, she fuses classical with contemporary into world music. Elisabeth has had the privilege of working with contemporary music composers such as Denis Gougeon, Mike Roy, Barry Truax, and André Hamel. Her musical passion and interests have led her to embrace Asian instruments such as Shakuachi and Shinobue. She lends her talent as a flutist to many projects in dance, film, advertising, and stage performance.

Sylvi Belleau holds a bachelor’s degree from the University of Montreal with a minor in Theatre and a master’s degree in Dramatic Arts from UQAM. She is currently a doctoral student in stage and screen literature at Laval University. In 1985, Sylvi founded the Théâtre de la Source, which she has been directing since its inception. She participated in several festivals between 1993 and 2016 as a storyteller, and she is also very present on the Quebec scene. She writes plays and shows, and conducts writing workshops. In 2013, Sylvi published her first book Grindel et le bouc de Noël.

Born in Japan, Yoshino Aoki moved to Montreal in 1996 to work in illustration and design studies at Dawson College. She specializes in short films in animation, always in fantasy, her favorite genre. While working as a graphic designer, she graduated from Mel Hoppenheim School of Cinema at Concordia University. Her animated short films have won awards at many festivals in Canada and beyond. Over the years, she has won various awards such as the Cinémathèque Québécoise Award for Excellence in Animation Cinema (Montreal, 2011), the Royal Reel Award at the Canada International Film Festival (Vancouver, 2014) or the Best Animation Living Sky Film Festival Award (Regina, 2015).