After the success experienced last year, Festival Accès Asie is proud to hostonce again a new edition of the video conference ‘Reaching out’ in which representatives from the Canadian Asian Heritage Month will interact through performances.

As last year, the project of Janet Lumb, co-founder and artistic director of Festival Accès Asie, is to enable encounters between different Canadian cities eager to present the talents of Asian artists existing in Montreal, Toronto and Vancouver.

Through this cyber-technology, the public and artists attending to the videoconferencing in these different cities will be able to interact through live performances and discussions. ‘Reaching out’ continues the Festival’s objective to create and meet, despite the distances. Inspired to defy Canada’s geographic boundaries, Janet Lumb brings artists, audiences and communities together from across the country.

At this year’s video conference, Montrealers will have the opportunity to attend, at McGill University, to the representation of Fight in the Dark, an excerpt of Crossroads, which is a traditional Beijing Opera. They will be treated to a rare look at Chinese legends through the Oriental theatre style known as Jingju. Shijia Jiang and Nicholas Santillo have adapted the piece and are co-directing and performing in it, with other Jingju Canada performers. Crossroads is a tale from the Beijing Opera stage tradition. But it is also the meeting of two cultures, a combination of the stylings of Jingju and the Western language of English. The story evolves around the great general Jiao Zan, who has been unjustly disgraced and exiled. As he is escorted from the kingdom, his luck takes a turn for the worse at an inn. His guard’s murderous intentions are foiled by the innkeeper and his wife who are loyal to the general. But things get complicated when a mysterious man arrives asking suspicious questions. Featuring bold costumes and vividly painted faces, the comedy is packed with swordplay, martial arts, double takes and surprising exaggerated scenes. During this event, Shijia Jiang will also be performing a traditional style Sword Dance.

Come to see this vivid comedy in Montreal – with beautiful makeup and gorgeous costumes – very well choreographed and executed. You will maybe discover Jingju and for sure enjoy this enthralling show and video conference that will be presenting different events simultaneously in Montreal, Toronto and Vancouver! 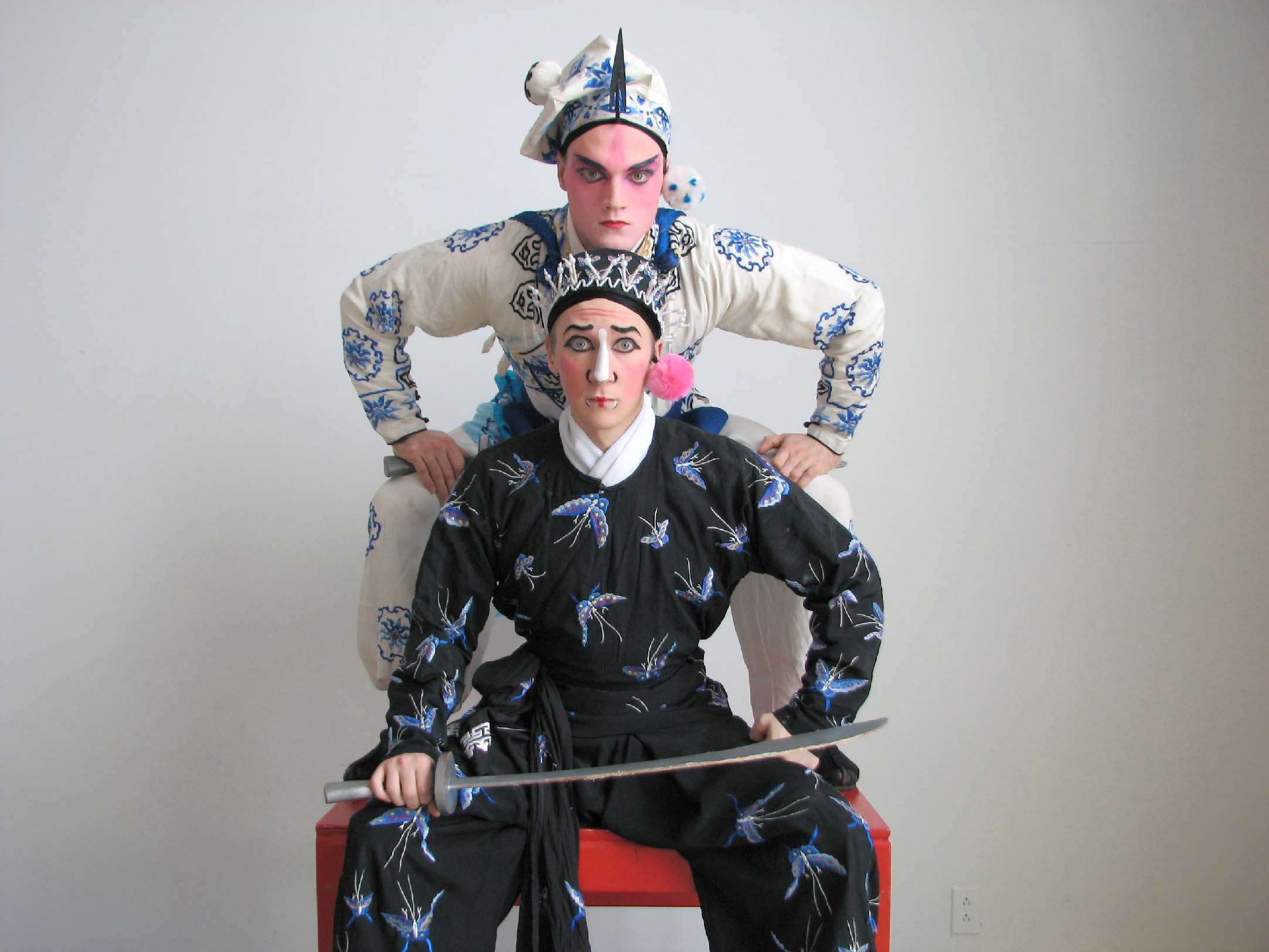 Shijia Jiang was born in the Hei Long Jiang province, in the city Harbin. At a very young age, in 1993, she was selected to go to an art school for Chinese Opera where she won several competition awards for outstanding achievements. Starting in 1999, she began working professionally in Chinese Opera in the Hei Long Jiang province and was recognized as the best young actor in her troupe. In 2005, she began studying at the National Academy of Chinese Theatre Arts (NACTA), on the directing program and in 2008, she got the chance to participate in a three months cultural exchange with the Concordia University’s Theatre Department of Montreal. Her links with Canada began from there and in 2010, she was hired as a visiting lecturer at Concordia University teaching an advanced level theatre performance techniques studio class on Chinese Opera. With Nicholas Santillo, she has created Jingju Canada. She is artistic co-director and a founding member of this Canada’s first professional Beijing Opera company.

Nicholas (Koy) Santillo was born and raised in downtown Toronto, in the Annex. He first got into theatre in high-school, working with Jill Frappier’s AKA players before entering Concordia University’s theatre performance program where he discovered his interest in physical theatre and stage combat. Nicholas was a part of Concordia University’s first exchange program with the National Academy Of Chinese Theatre Arts in Beijing in 2008 and travelled to China in the summer of 2009 where he studied under Professor Lu Suosen. He has a B.F.A. in theatre with a specialization in theatre performance and is currently apprenticing under Shijia Jiang. Along with her, he is a founding member, instructor and an active performer of the Jingju Canada theatre company.