A Night with Writers

To complement the exhibition Bridges of Hope presented at the Musée des maîtres et artisans du Québec, Festival Accès Asie and Teesri Duniya Theater present the literary evening with A Night with Writers.

A Night with Writers brings together some of the best South Asian Canadian writers for readings and a discussion with the audience. It includes Rana Bose, Jaswant Guzder, Rahul Varma and Anita Anand with moderator Veena Gokhale. This literary evening offers as much an opportunity to meet, hear and learn from these authors as it does an occasion to promote and inspire enthusiasm for the literature as a whole.

A Night with Writers is an integral part of the Bridges of Hopes exhibition, which celebrates the work of a group of visible minority visual artists who remain largely invisible to society, in general, and are not included on the dominant art scene. 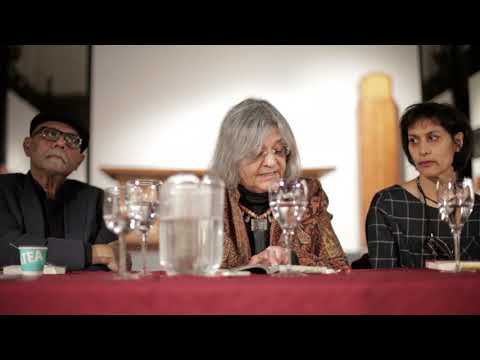 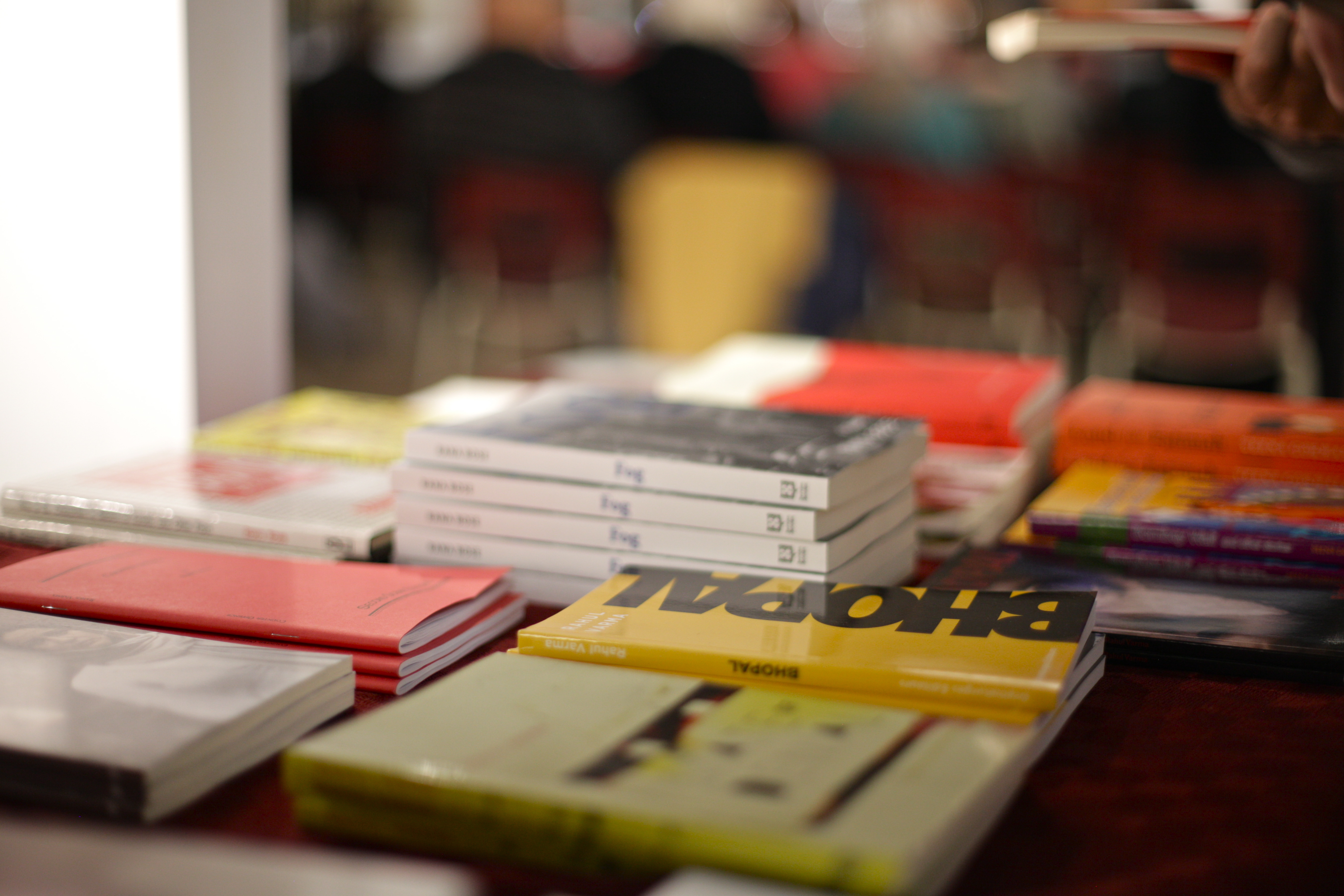 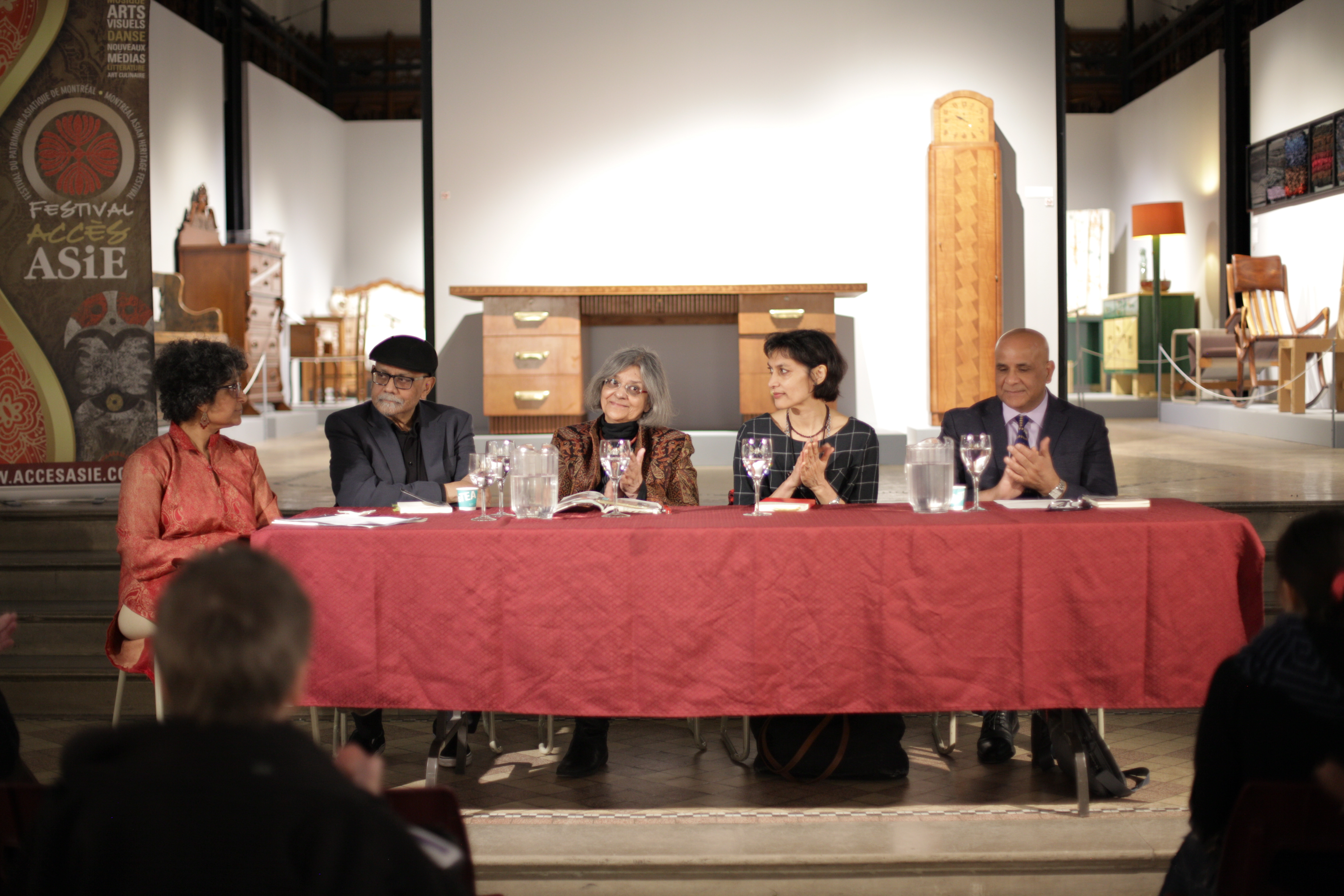 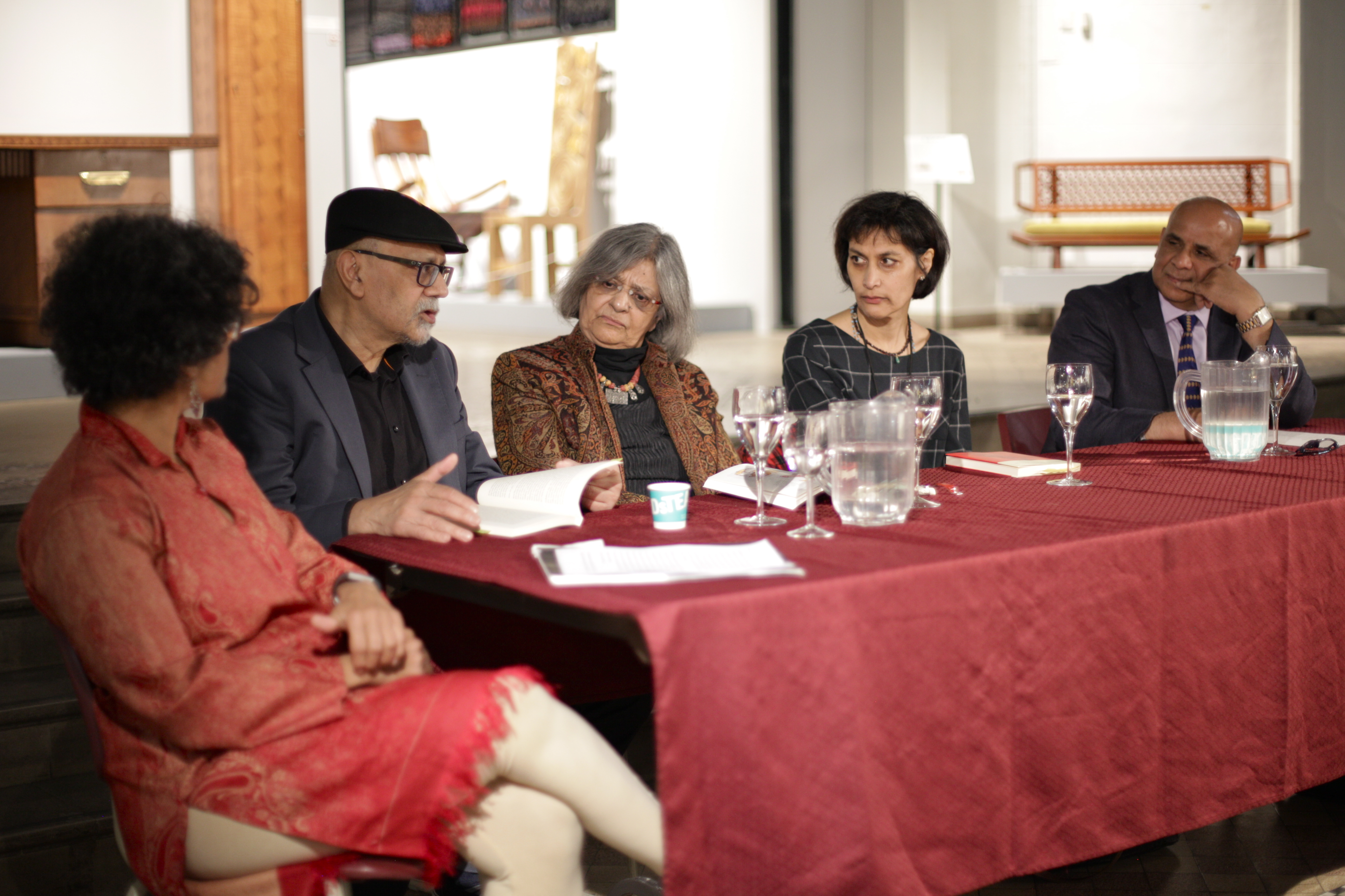 Born and raised in Kolkata, India, Rana Bose is an author, playwright, poet, and dramaturge. He completed his engineering studies at Washington University, and has lived in Montreal since the 1970s. Although he has worked as an engineer, Rana is best known in Canada as a playwright and novelist. He has written and staged eleven plays that have been performed in Canada, the United States and India. Fog is Rana’s third novel. He is the founding editor of Montreal Serai. In 2016, he was awarded the Quebec Writers’ Federation Judy Mappin Award. 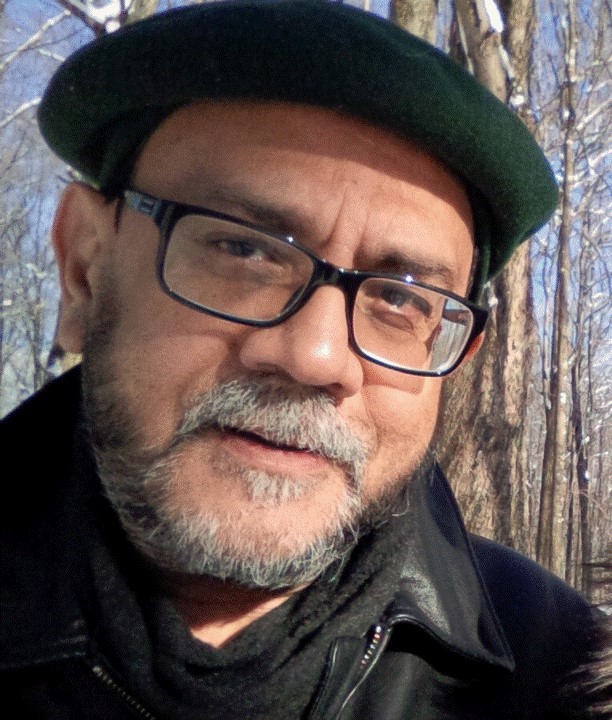 Rahul Varma is a playwright and the artistic director of Teesri Duniya Theatre, which he co-founded in 1981. In 1998, he co-founded the theatre magazine alt.theatre: cultural diversity and the stage. He writes both in Hindi and English. His recent plays include Land Where the Trees Talk, No Man’s Land, Trading Injuries, Counter Offence, Bhopal, Truth and Treason and State of Denial. Some of his plays have been translated into French, Italian, Hindi and Punjabi. He is a recipient of the Juror’s Award from the Quebec Drama Federation, an award for promoting interculturalism from the Montreal English Critic’s Circle, South Asian Theatre Festival Award, and the Montreal English Theatre Award for Equity, Inclusion and Diversity. Rahul has also been a finalist for the Quebec Writer’s Federation prize for playwriting. 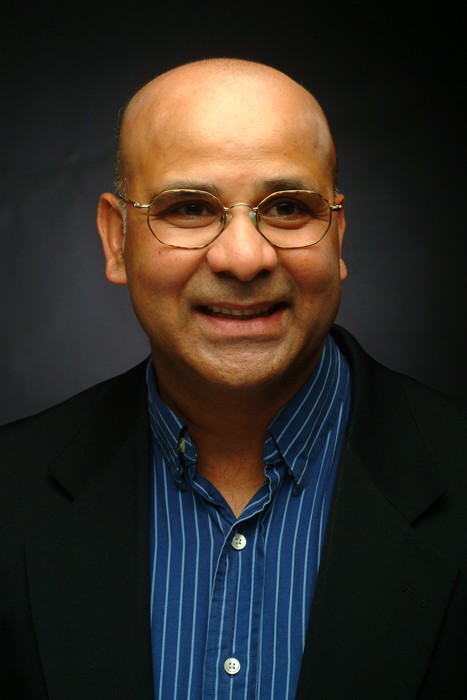 Although Montreal native Anita Anand has lived in such places as the Bronx, Brixton, and Vancouver, she maintains a stubborn preference for her birthplace. In every neighbourhood where she has lived, she has been the only person her age of Indian origin, and she considers this experience to have been a priceless gift to her development as a writer. Her collection of short stories, Swing in the House, won the 2015 Concordia-QWF First Book Prize. More recently, her translation of Nirliit, a novel by Juliana Léveillé-Trudel, was nominated for the 2018 John Glassco Award. She is currently working on a novel. 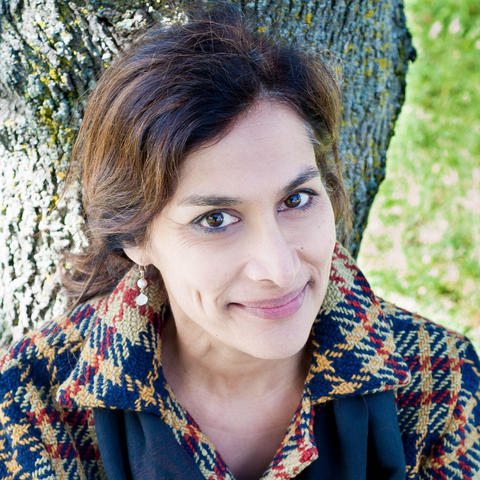 Veena Gokhale started her career as a journalist in Bombay. This “tough, tantalizing” city inspired Bombay Wali and Other Stories, published by Guernica Editions in 2013. Veena came to Canada on a journalism fellowship, returning to do a master’s degree. After immigrating, she worked for non-profits. Her novel, Land for Fatimah, was published by Guernica in 2018. It is partly inspired by the two years she spent working in Tanzania. Veena has published fiction and poetry in anthologies and literary magazines. She is also a freelance writer and gives Indian cooking classes. 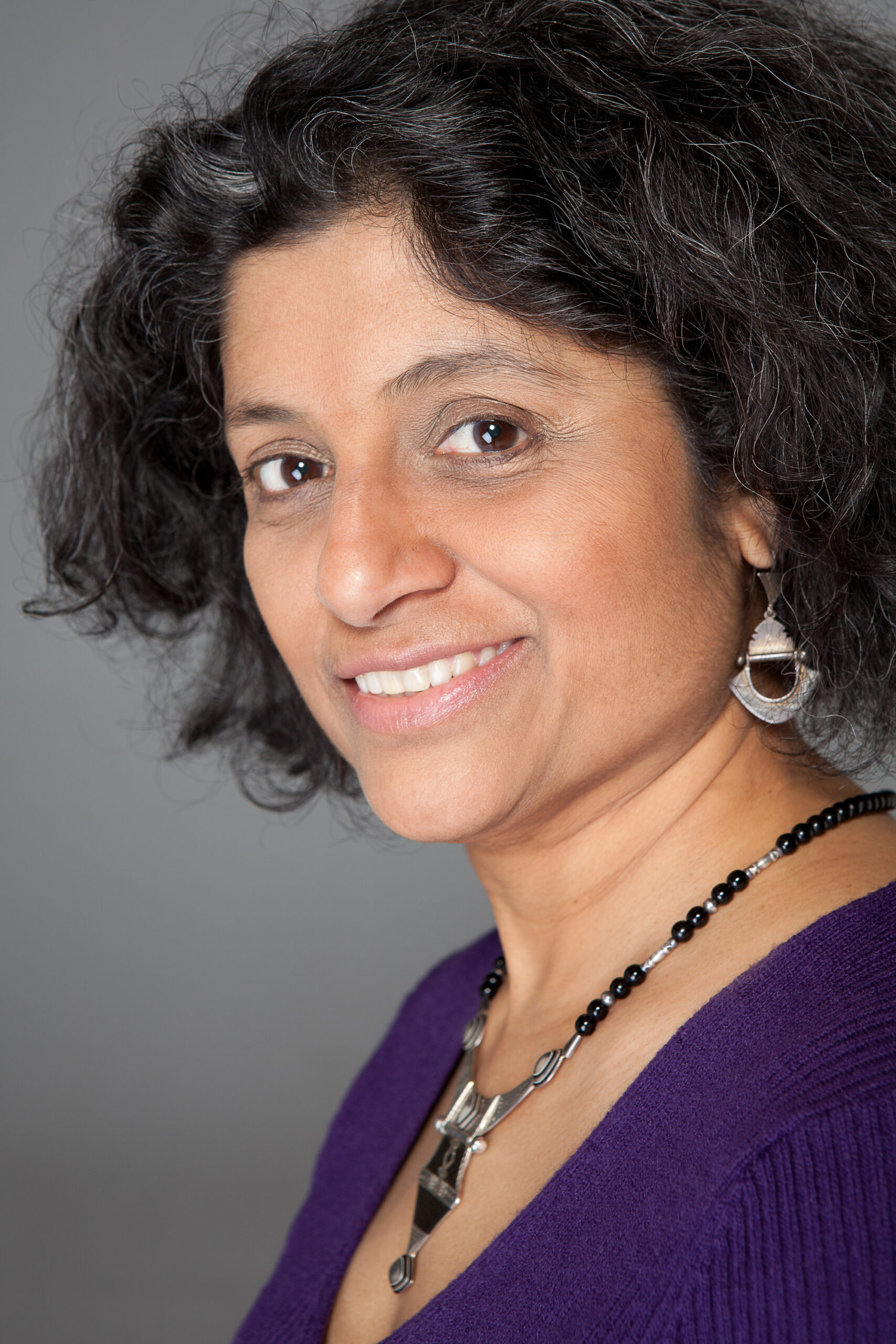