The public is invited to an online conference with artist Azalia Kaviani and the team of the ABILITIES Project in inclusive practices. This conference is organized in conjunction with Azalia Kaviani’s solo exhibition The Nocturnes.

Recognizing the fact that people with disabilities face many barriers on a daily basis (isolation, lack of accessibility, harassment, etc.), Festival Accès Asie, with the support of Conseil des arts de Montréal and MAI (Montréal, arts interculturels), initiated the ABILITIES Project to help artists with disabilities integrate into the professional arts community in Montreal.

For this pilot project in inclusive practices, the Festival worked with Azalia Kaviani, a visual artist and dancer of Iranian origin who lives with cerebral palsy, by providing her with adapted training, professional development and accommodation so that she could produce a solo art exhibition, a dance performance and deliver a conference presentation.

During the event, the public will learn about Azalia’s reality as an artist, her artistic journey and motivation to help persons with disabilities. The team members who accompanied Azalia during the process will also share their experiences about this complex, innovative and inspiring project.

A poetic short film on the ABILITIES Project, directed by Laurence Ly, will be screened at the discussion.

The event will be in French and live on Zoom. Book a free ticket to receive the Zoom link.

Take part in the conference!

If you wish to ask questions directly to Azalia about her creation process or her experience within the Abilities Project, please send your questions before May 18, 2021 to this email address: [email protected]

Since Azalia is communicating with an electronic tablet, it can take a while to answer a question. By receiving questions in advance, this allows Azalia to take the time to answer all questions at her own pace, without any pressure.

Thank you for your collaboration! 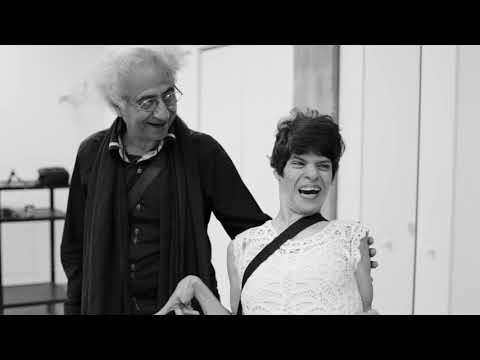 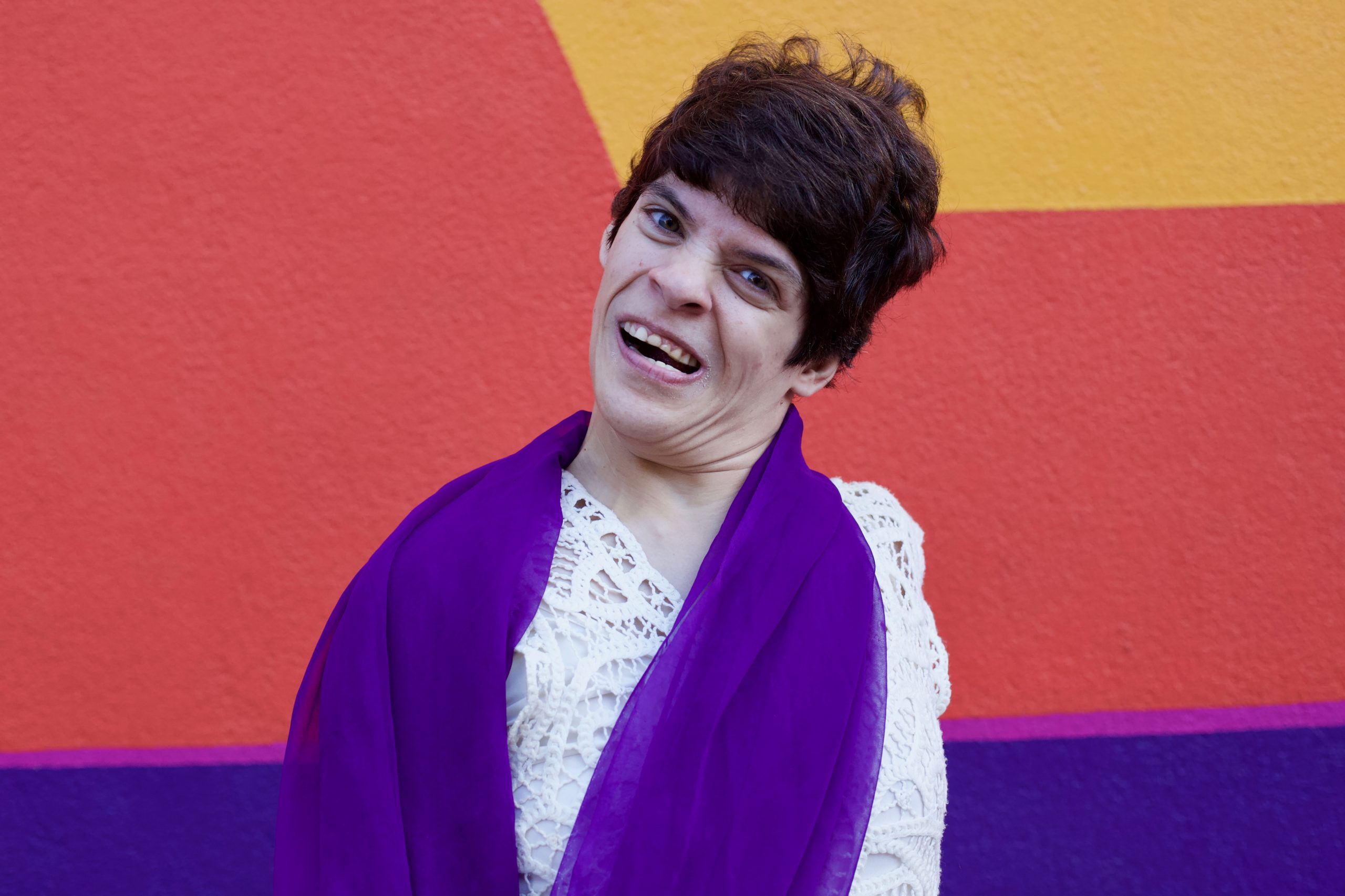 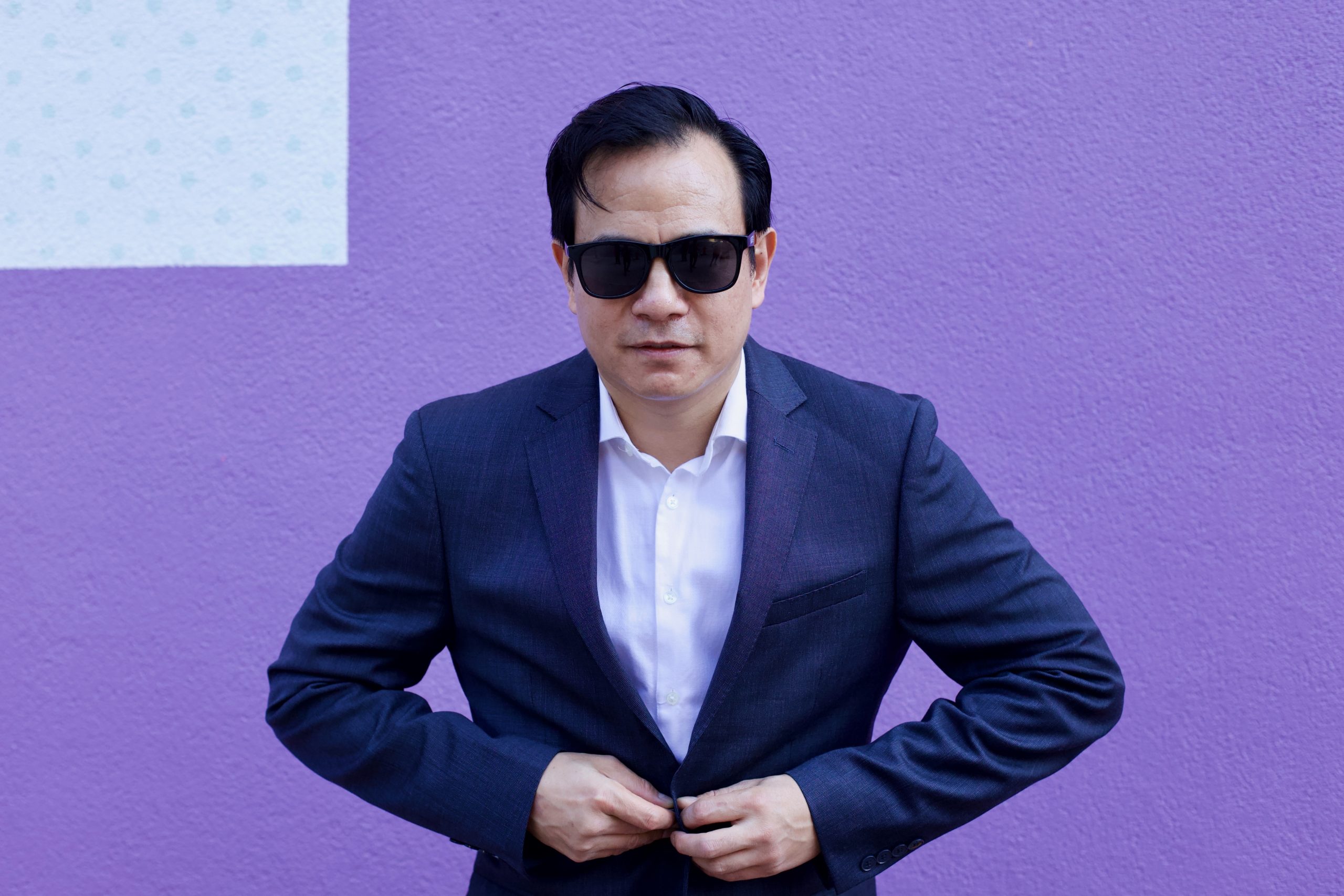 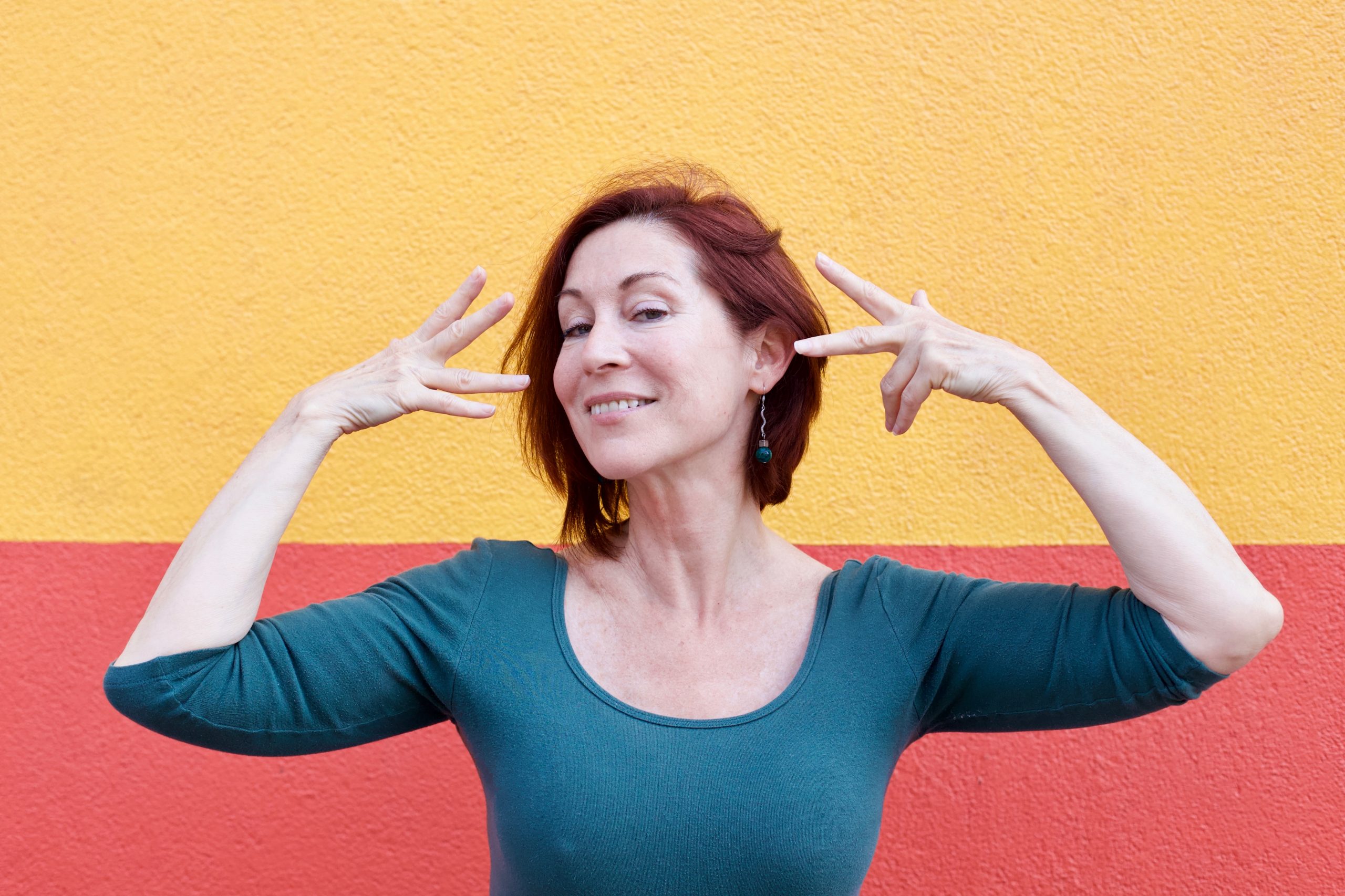 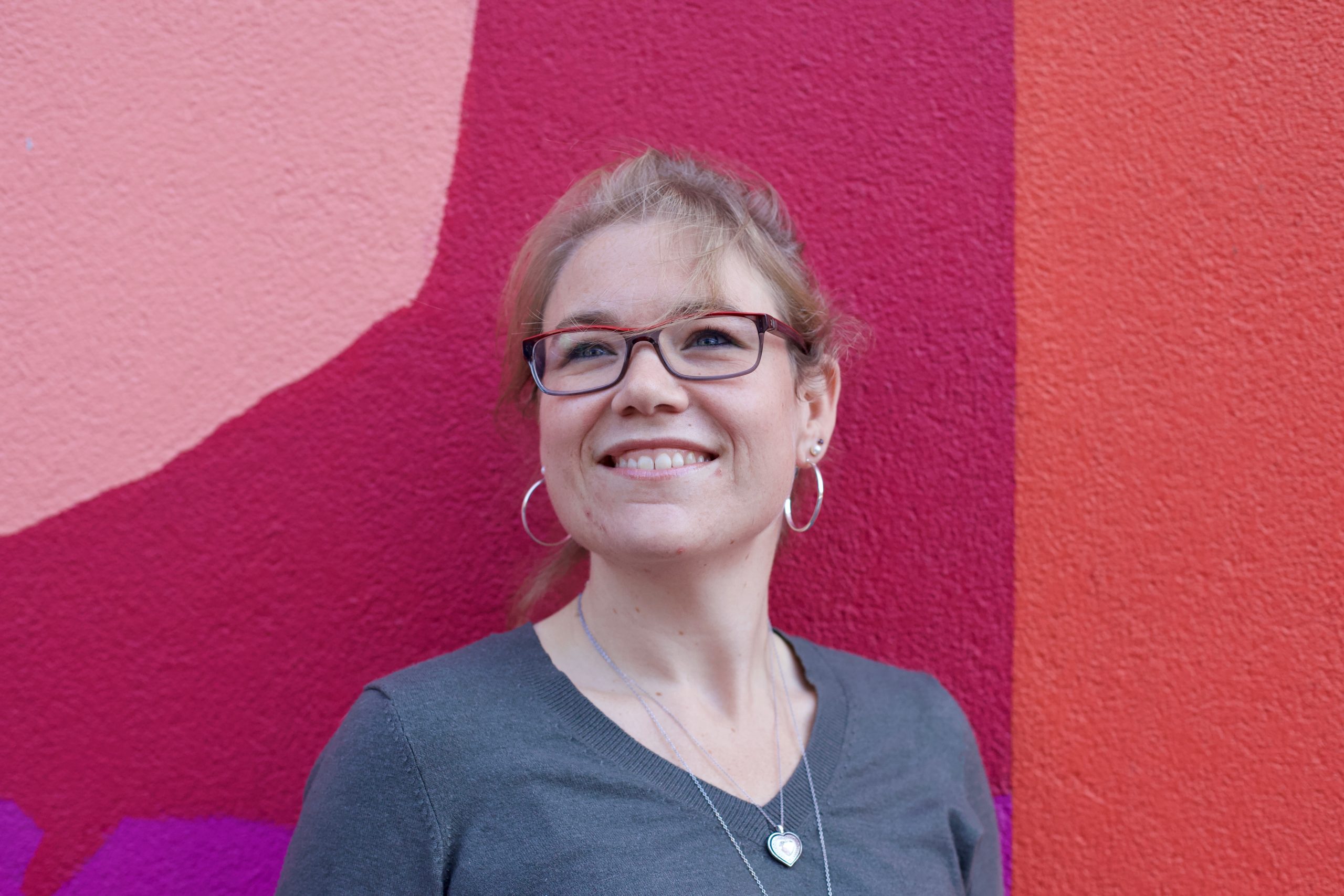 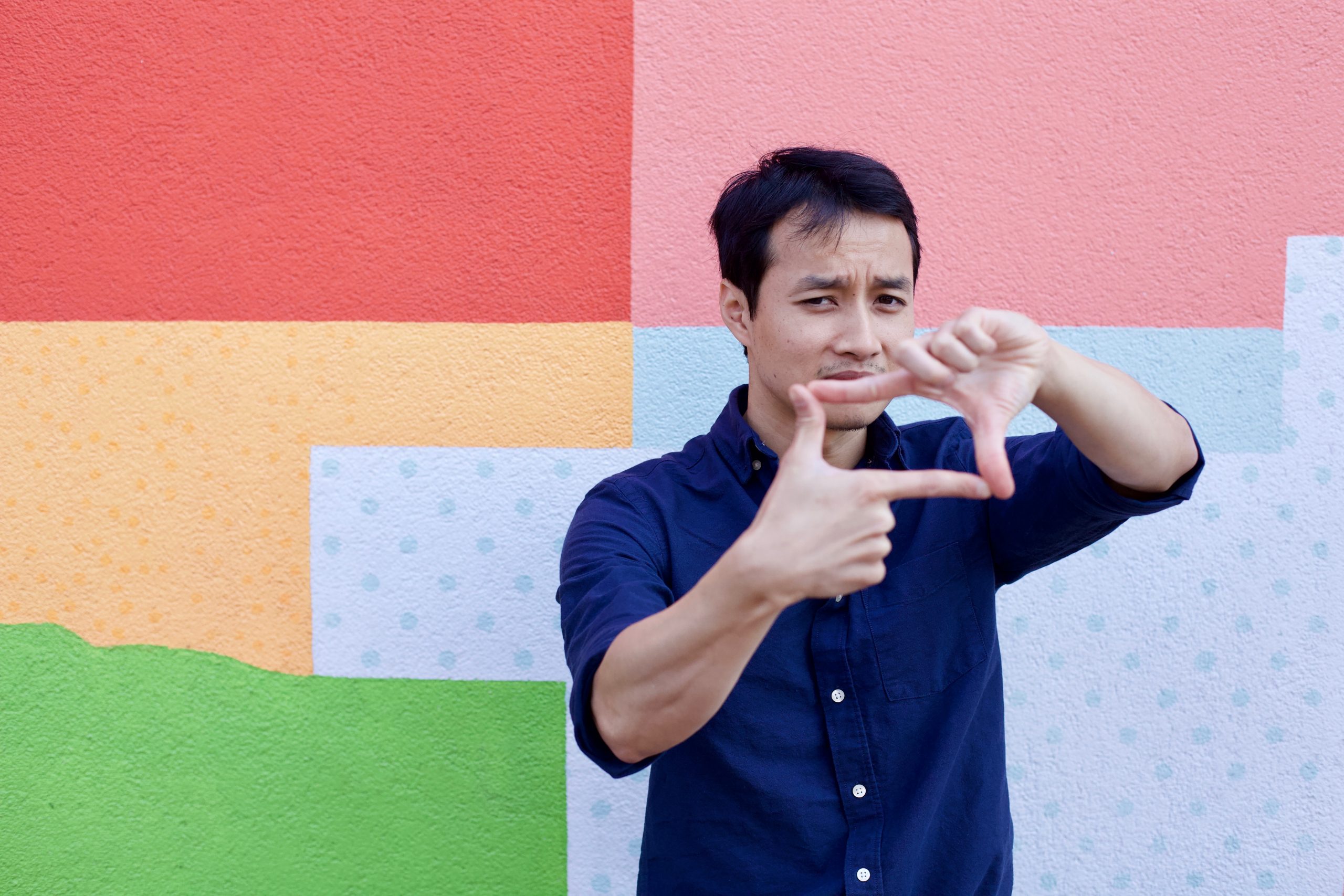 Azalia Kaviani was born in Iran and immigrated to Montreal in 2006. She is a visual artist and dancer who has been living with cerebral palsy since childhood. She attended Dawson College and graduated from Concordia University. Azalia exhibited her paintings in 2018 at Galerie Mekic in the two-person exhibition Les Visages and at the SalonEsque collective exhibition at MAI (Montréal, arts interculturels) in 2015. From 2015 to 2017, Azalia received support from the MAI Mentorship Program. Her first solo exhibition The Nocturnes is the result of the ABILITIES Project, a pilot project in inclusive practices that was developed by Festival Accès Asie for the purpose of providing Azalia with adapted training, professional development and accommodation so that she could achieve her artistic and professional goals. Through her art, Azalia is motivated by the desire ‘’to inspire people with disabilities to pursue their ambitions, to encourage them not to marginalize themselves.’’

Kakim Goh is a Singaporean-born Montreal-based visual artist, curator, and cultural worker. He holds a Bachelor of Fine Arts in Painting and Drawing from Concordia University. Kakim has a long history of community engagement helping to advance equity, diversity, and inclusion in the education, arts, and culture sectors. He served as Curator of the Visual Arts Program at Festival Accès Asie from 2014 to 2016 and was Vice-President on the Festival’s Board of Directors from 2014 to 2019. He is Treasurer of the Board of Directors at MAI (Montréal, arts interculturels) and an Executive Member of the Board of Directors and Co-chair of the Inclusion Committee at the English-Language Arts Network (ELAN). Kakim is an appointed Member of the Evaluation Committee for New Artistic Practices and Multidisciplinary Sector at the Conseil des arts de Montréal.

Irem Bekter, woman of theater, music, and dance, was born in Istanbul and left for England at the age of eight. She received diplomas in classical ballet and jazz dance from the Elmhurst Ballet School and perfected at the Royal Academy of Dance. In addition, she graduated from the Webber Douglas Academy of Dramatic Arts where she studied theatre, radio arts, television, direction, and music and singing. In 1984, she moved to Argentina and dedicated her heart and soul to Argentinian folklore, especially ‘zapateo’ (Argentine foot stomping), which, after years of exhaustive research, lead her to create a new pedagogical concept called ‘Rhythm and Body’, which she taught at the Cultural Centre of the Faculty of Economics Sciences of Argentine and in extracurricular theatrical activities for young people with Down Syndrome. Under the auspices of the Teatro Luz y Fuerza, Irem developed a motor coordination program to stimulate brain and body activity in seniors. Since moving to Montreal in 2007, Irem has served as movement coach for Montreal’s Infinitheatre and delivers workshops for Concordia University’s ‘Centre for the Arts in Human Development’ program, which helps people with special needs.

Elise Andreoli is an experienced clinical nurse. Born in Montreal, she is of Italian and Quebecoise origin. Elise holds a DEC in Nursing from Cégep André-Laurendeau and a Bachelor of Science in Nursing from the University of Montreal. She has been a clinical nurse at the University of Montreal Hospital Centre (CHUM) since 2000, where she has worked in several units including emergency, hepatobiliary surgery and urology. She currently serves as a pivot nurse in oncology since 2009. She is the mother of two children, one of whom was born with cerebral palsy. In spite of her busy schedule, she still finds the time to practice taekwondo and dance. Elise is passionate about challenges and art therapy, and says her patients inspire her on a daily basis.

Laurence Ly is a director, producer, editor, and screenwriter of Cambodian and Vietnamese origin. Born in a refugee camp in Thailand, he has been a Canadian citizen since the age of two. After obtaining a Bachelor of Arts from the University of Quebec in Montreal (UQAM) in 2014, Laurence began a self-funded feature film, Marche avec moi (Walk with me), and participated in the “Rendez-vous Québec Cinéma”. In 2017, he obtained a master’s degree from UQAM in communication with a concentration in film and moving images. Besides being a devoted filmmaker, director and film producer, Laurence was also a programmer of films for the Festival Nomade de Montréal from 2013 to 2018. Today, he is a videographer and photographer for Festival Accès Asie.