For the first time, Festival Accès Asie, in collaboration with the Maison de la culture Côte-des-Neiges, will present a show for youth. Arbres is for children aged two to four and offers an experience where music mixes with the sensory and audience participation is central. Dreamy parents welcome!

Two musicians will guide children, and parents, through a seven-step musical journey in which the sound of tree textures and instrumental and vocal music will intertwine, sometimes from a written score, sometimes through improvisation.

The result of a collaboration between musicians Emmanuelle Lizère (cello, voice, and stage play), Elham Manouchehri (voice and târ), composer Philippe Leroux, and visual artist Lenche Andonova, Arbres is part installation and part artistic performance, inviting young and old to explore and discover through music the different facets of a tree and what it inspires in us all. 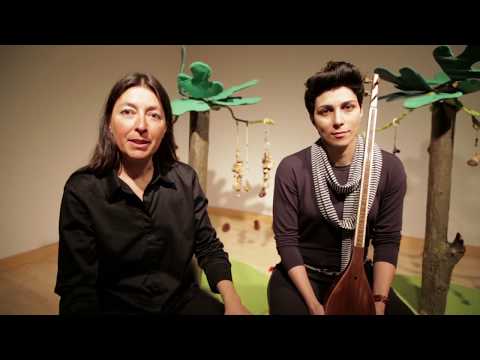 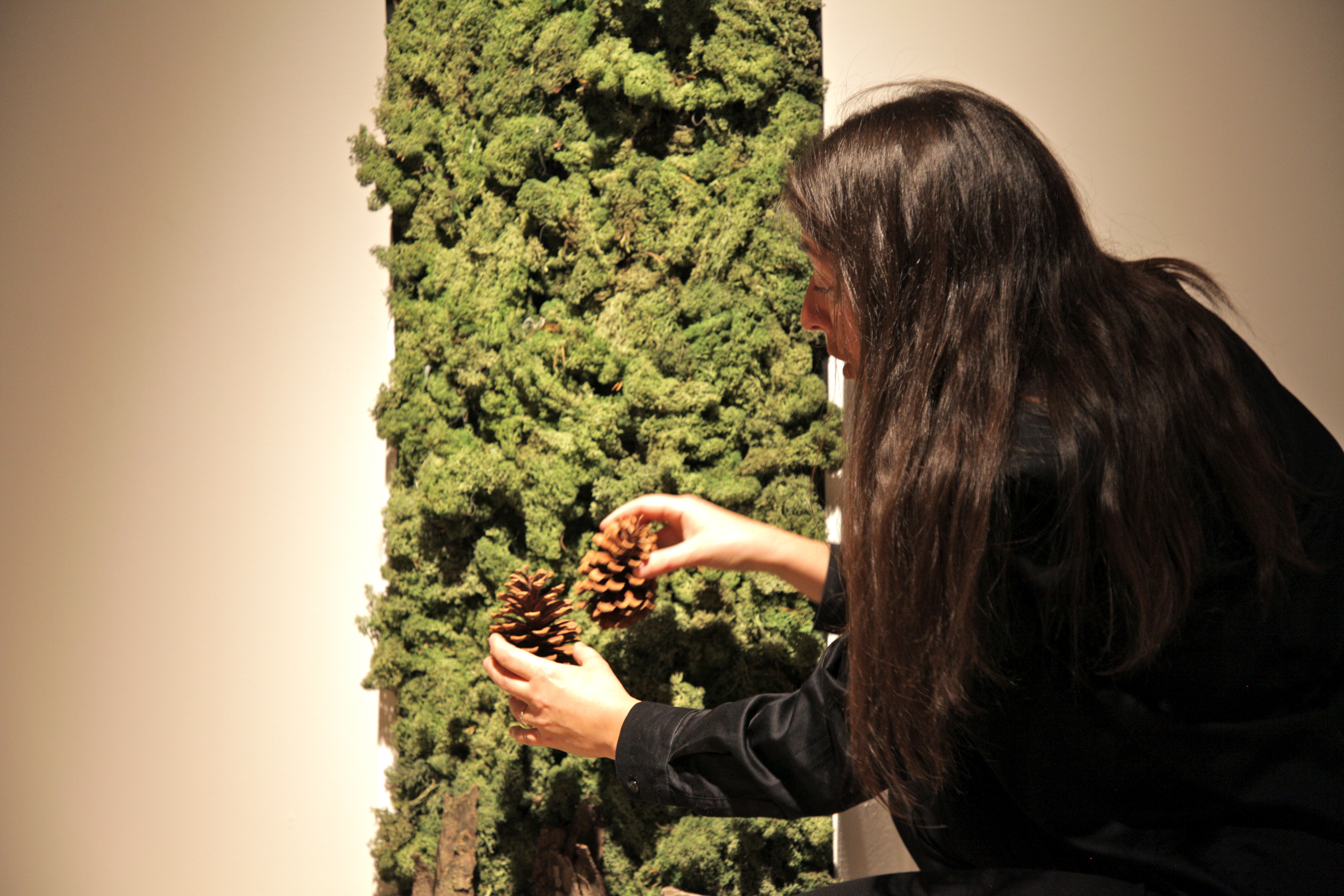 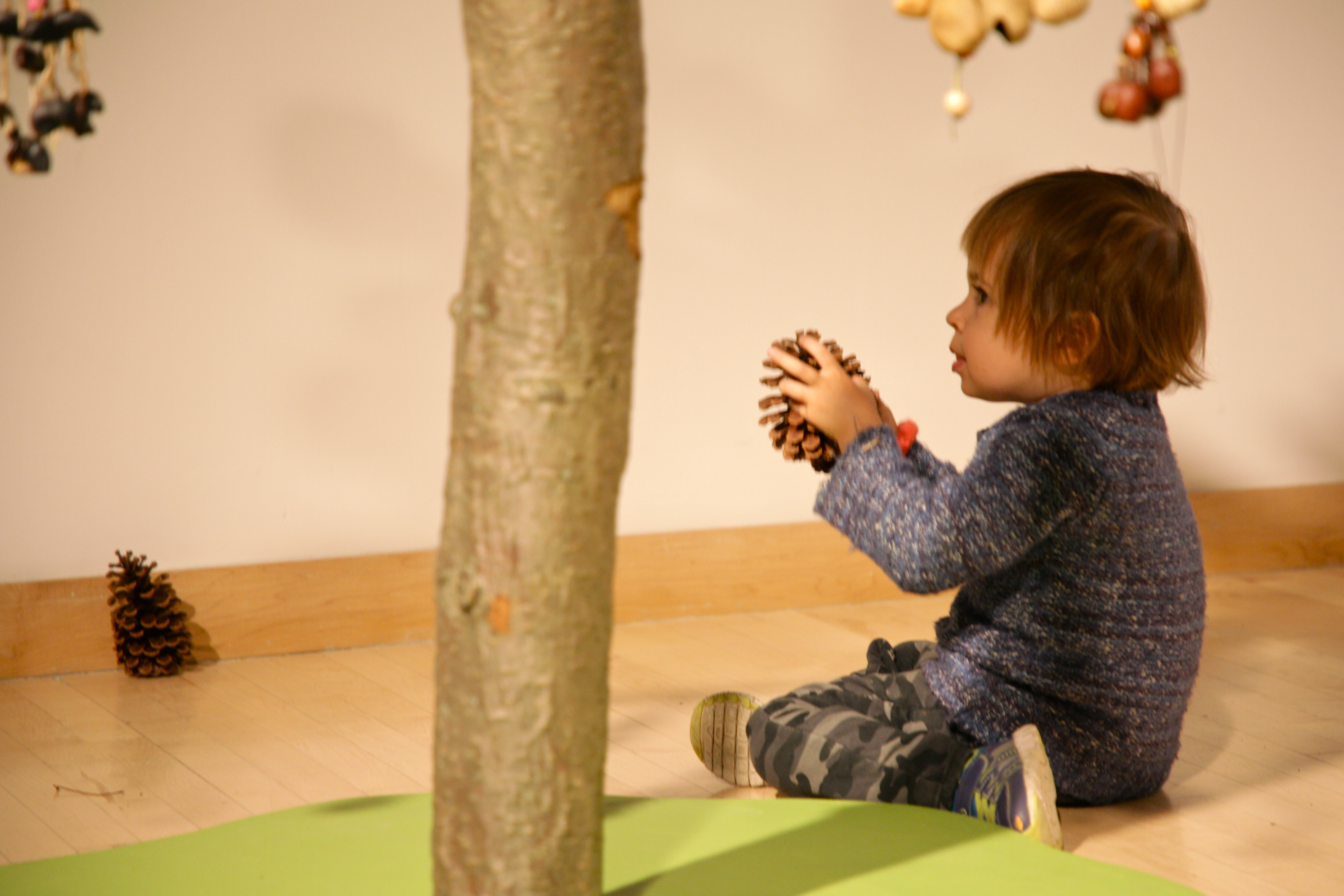 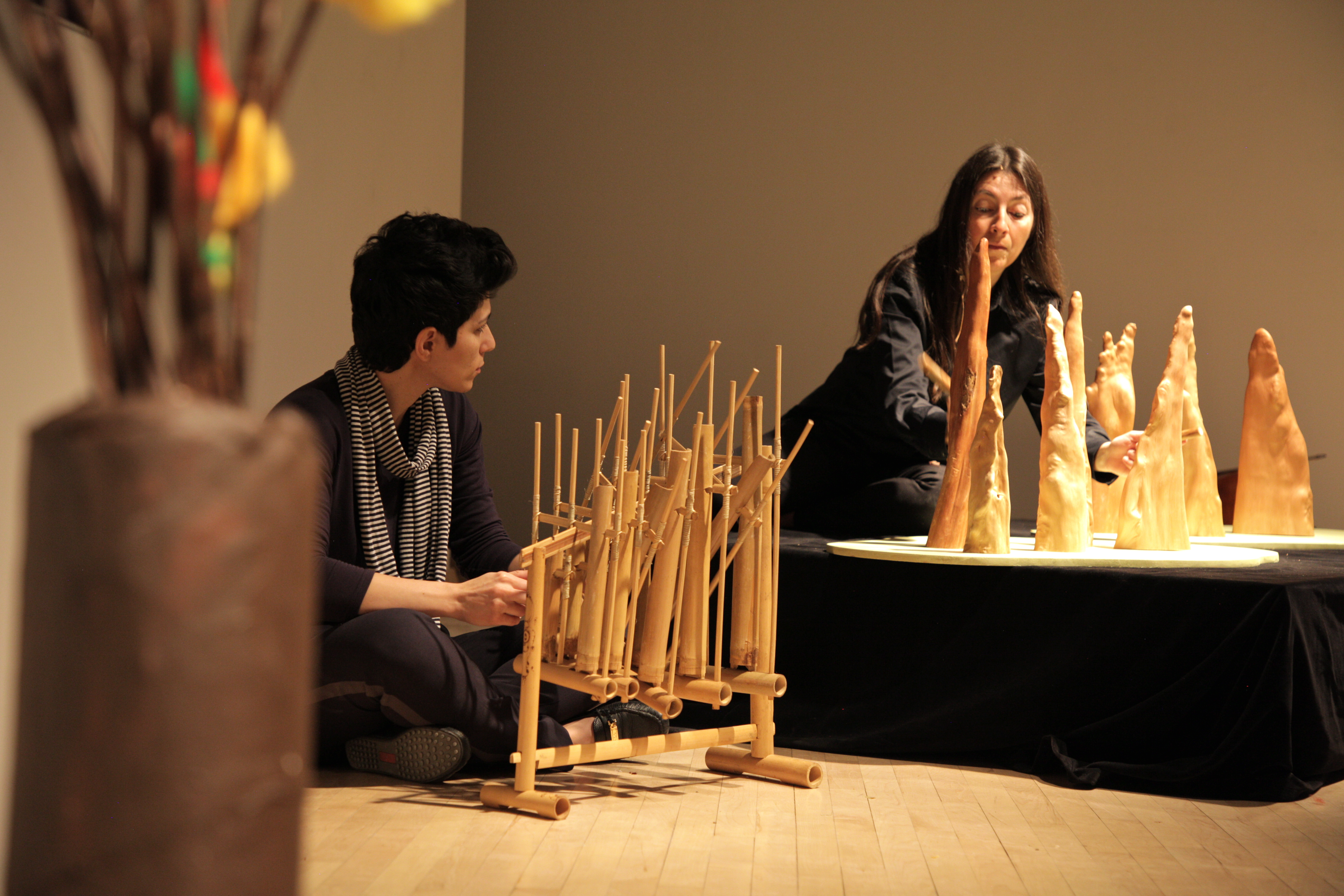 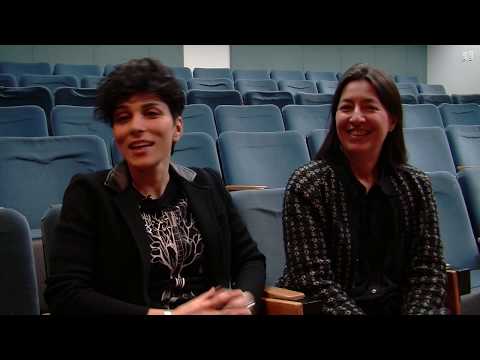 Philippe Leroux graduated from the National Superior Conservatory of Music in Paris with Ivo Malec, Claude Ballif, Pierre Schäeffer, and Guy Reibel. He was selected to enter the Villa Medici in Rome (1993-1995). Philippe has composed more than 80 works for symphonic orchestra, voice, electronic devices, chamber music, and acousmatics under the aegis of the French Ministry of Culture, the Canada Council for the Arts, the Philharmonic Orchestra, and Radio France to name a few. His works have been performed at European festivals and by orchestras around the world. Phillippe has lived in Montreal since 2009. An accomplished and award-winning composer, he was named a member of the Royal Society of Canada in 2015. The composer has been invited to teach in both France and Canada. Since September 2011, Phillippe has been an associate professor of composition at the Schulich School of Music at McGill University.

A graduate of the Academy of Fine Arts in Sofia, Bulgaria, Lenche Andonova also completed a master’s degree in art and exhibition scenography from the University of Metz, France (2007). She had already participated in several group exhibitions in France before presenting her first solo exhibition at the City Museum of Negotino, Macedonia (2004). As a co-curator of exhibitions, she organized various thematic exhibitions in Macedonia and Russia. In 2012 and in collaboration with musician Emmanuelle Lizère, she created the scenography for Clarifcelle, an interactive musical show for young audiences. She also created the scenery and scenography for the Fonoformies (2015) and Le jardin des 3 sœurs (2016).