Festival Accès Asie is pleased to offer you, in collaboration with Teesri Duniya Theatre, a theatrical interlude with a reading of two plays by actors. The “Fireworks Play Readings” program is an opportunity to hear two different stories from female, Asian creators, Julie Phan and Marjorie Chan, exploring the realities of modern life at the intersections of gender, race, and class.

The plays will be read in their original English language.

Never Walk Alone is a solo piece combining Julie’s passions for writing and pole dancing. Exploring family dynamics, independence, legacy, isolation, burnout, and economics, the piece follows Honey and her trajectory from formerly-promising-child to bitter disappointment. This is an endurance pole dance piece that explores the relationship between physically holding oneself up on the pole and the necessity of holding truths and lies from our loved ones.

The reading of this play will take place on May 13 at 8 PM.

Set in the condo and casino playground of Vancouver, the hard-hitting new play from multi-award-winning playwright, Marjorie Chan, is a tale of social climbing and the fraying social fabric among the wealthy and hangers-on of the city’s Asian Canadian community. It follows the fun-loving Penny, known by her stage name Lulu, as she desperately tries to reconcile the life she has always desired, with actual reality. As she struggles to seek money and meaning, her journey intersects with other Asian women, all trying to navigate the brutal realities of modern life. Inspired by the Chinese modern classic Sunrise by Cao Yu, Lady Sunrise was originally commissioned by the University of British Columbia and premiered at the Factory Theatre, February 2020.

The reading of this play will take place on May 14 at 8 PM.

Christine Lan in the roles of Penny/Lulu

Bonnie Mak in the roles of Tawny Ku/Auntie Ku

Sophie Gee in the roles of Banker Wong/Vivian

Li Li in the roles of Dealer Li/Li Wang

Julie Tamiko Manning in the roles of Charmaine/Aunty/The Mouse

Marjorie Chan 陳以珏 was born in Toronto to Hong Kong immigrants who arrived in the late 60s. As a theatre and opera artist, she works variously as writer, director, and dramaturge, as well as at the intersection of these forms and roles. Her work has been seen and performed in the United States, Scotland, Hong Kong, Russia, and across Canada. Her full-length works as a playwright include the plays Lady Sunrise, The Madness of the Square, a nanking winter, Tails From the City, as well as the libretti for the operas, Sanctuary Song, The Lesson of Da Ji, M’dea Undone and most recently, The Monkiest King. Marjorie has been nominated for nine Dora Awards and is the recipient of four—three for libretti, one for performance. She has also received many other prestigious prizes. She balances her writing with her role as the current Artistic Director of Theatre Passe Muraille in Toronto where she places access, community, innovation, and collaboration at the forefront of the company’s approach. 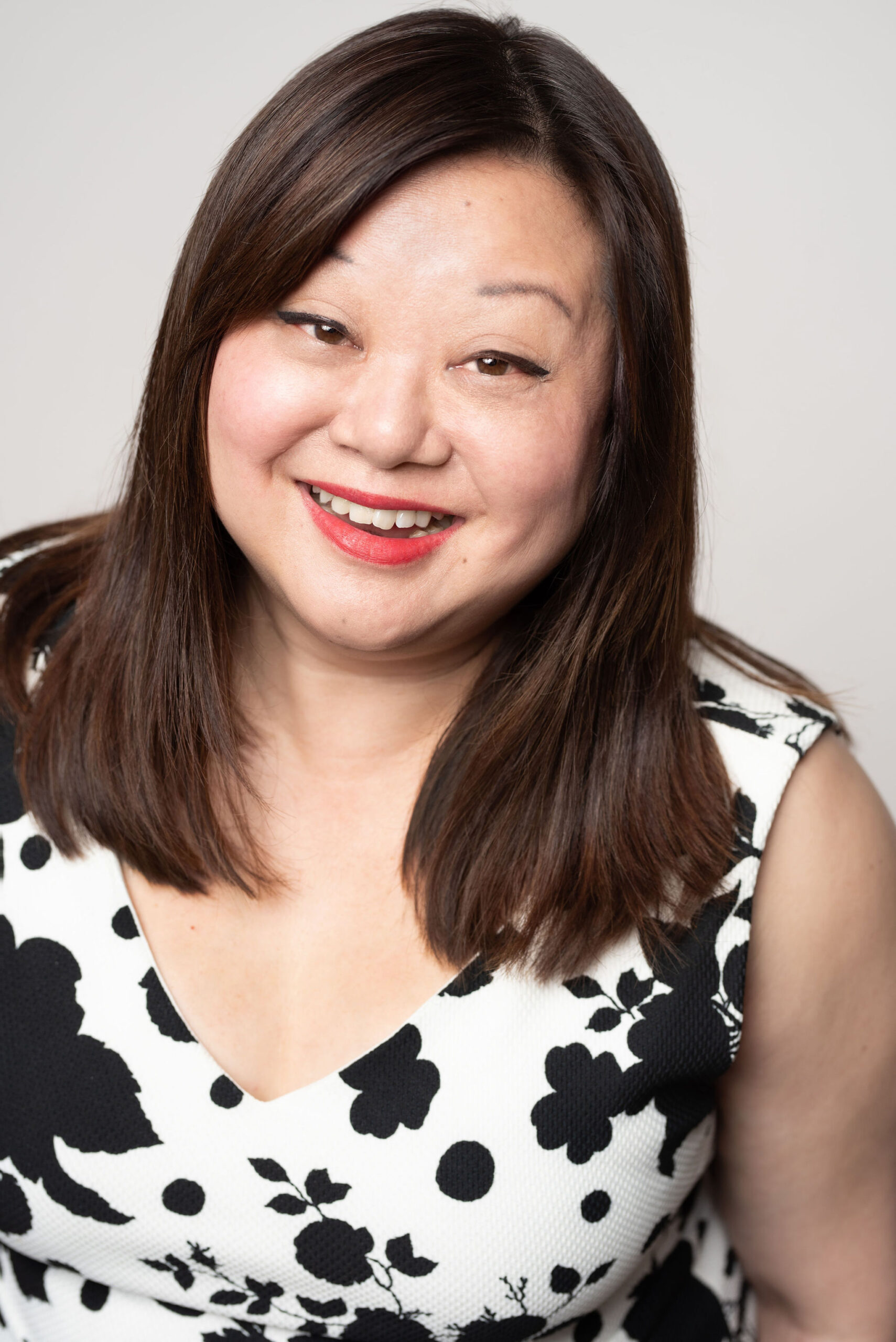 Julie Phan 潘家雯 feels empty inside. If this McGill dropout was a piece of art, she would be the 2004 Quiznos Sponmonkey Campaign. She is a Hoklo-Vietnamese writer, actor, and pole artist. She is based in Toronto and Montreal completing her final year as a playwriting student at the National Theatre School of Canada and developing a solo show under Buddies in Bad Times Theatre’s seeding work initiative. She is best known for disappointing her father and her work with fu-GEN Asian Theatre Company (Double bill, Fearless). 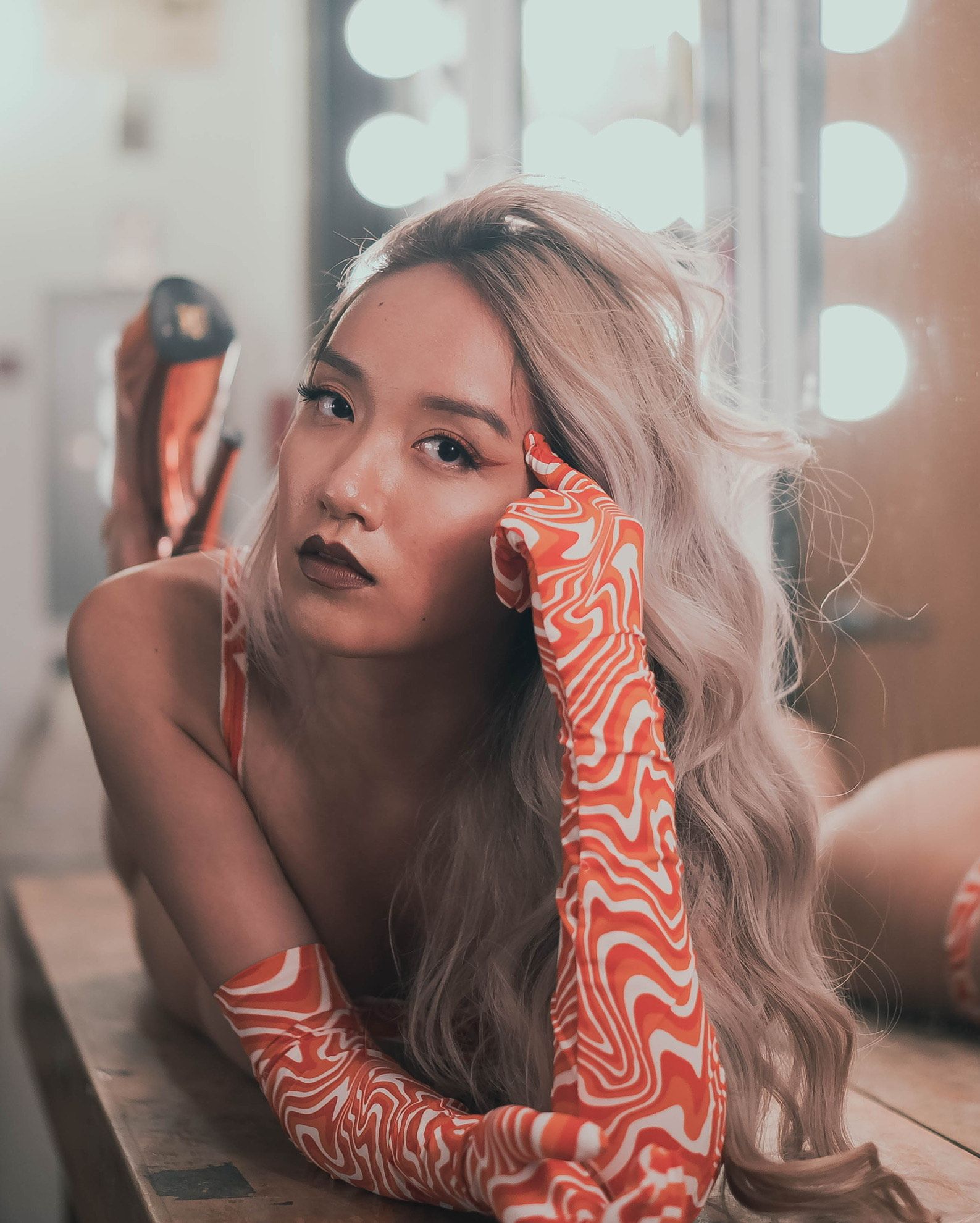 Alessandra Tom is a dramaturg, director, devised theatre creator, and stage manager based in Tiohtià:ke/Montreal. Having trained at Concordia University in Performance Creation with a minor in Human Rights, she is interested in exploring how theatre can be used for social change in both practice and product. Select credits include Bite Your Tongue (SortOf Productions), Crossings (Concordia University/Friedrich-Alexander Universitat), the Frankie nominated Attempts in Flight (Dai Bao Productions/Montreal Fringe Festival), and Scout’s Honour (Imago Theatre), an audio play co-directed with Micheline Chevrier. She is a proud BTW Artist Mentorship Program alumna, current associate artist at Imago Theatre and artistic facilitator at Teesri Duniya Theatre. 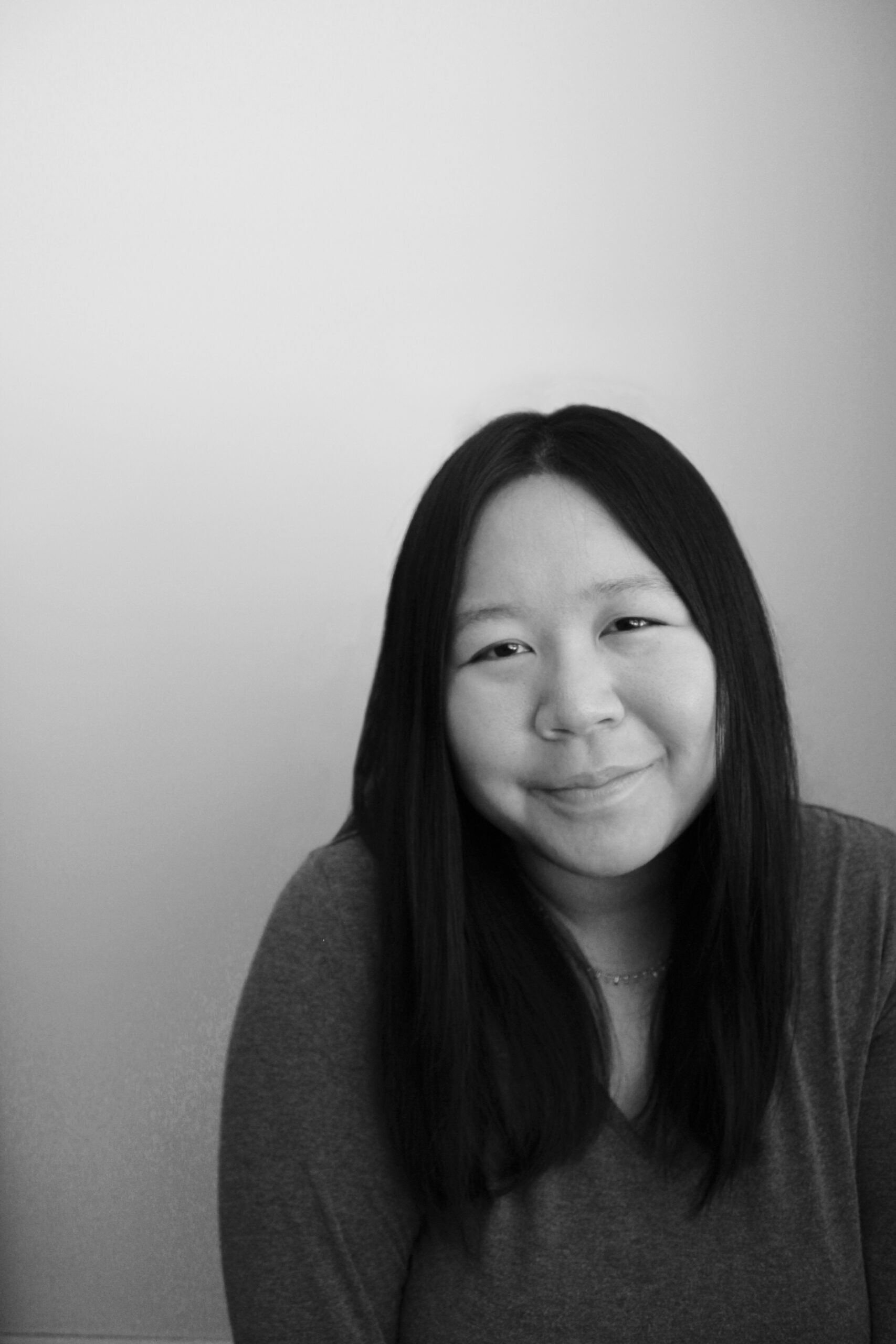 Christine Lan is an accomplished actress and social media influencer, with more than 170K followers worldwide. As a do-it-yourself (DIY) and sustainability video creator, she is followed passionately for her daily posts on TikTok, Instagram and Facebook. Her rapidly growing following has led to partnerships and projects with the likes of Bill Gates and TED Countdown, among others.

In the world of voice, Christine lends her vocal talents regularly to various video game productions in Montreal. She also works on film and television projects such as dubbing the recurring character “Seo Mi Ri” in the popular Netflix Korean drama Vincenzo, and was the voice for Historica Canada’s production, Boat People.

Christine is very excited about her future as an influencer and actress, and looks forward to finding new and exciting ways to further make an impact on the world around her. 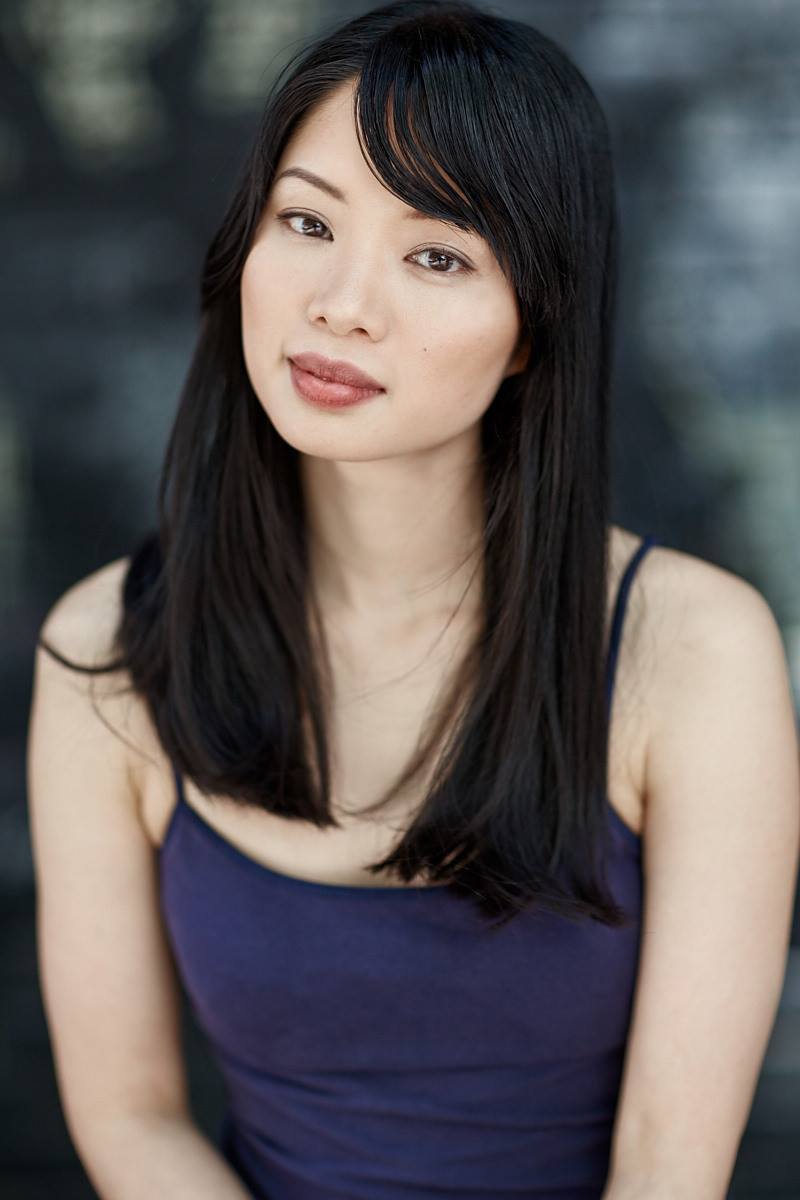 Summer is a Queer Pakistani immigrant, who graduated from McGill University in 2020. They are a writer, director, actor, musician, artist, activist and existentialist. In recent years, summer has been working with Teesri Duniya Theatre, Theatre Artaud (Toronto) and Shakespeare in the Ruff (Toronto). They are delighted to be here collaborating and sharing space with such a wonderful group of artists and are grateful to the Festival Accès Asie for this opportunity. 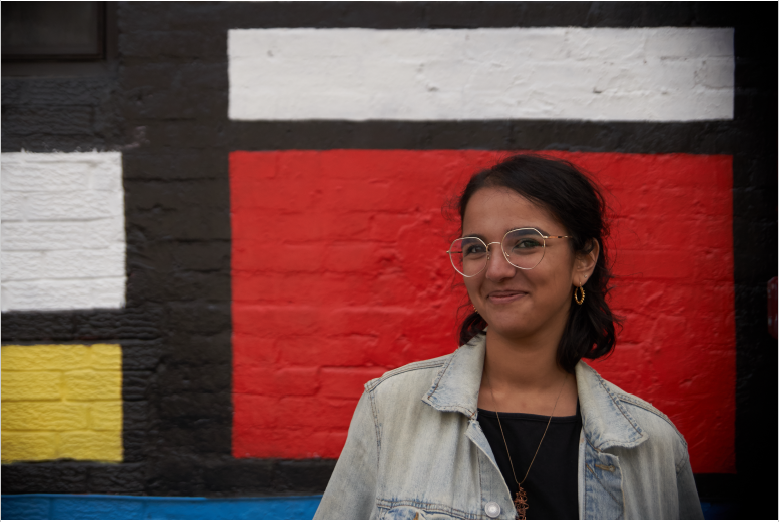 While growing up in Toronto, Bonnie Mak was enthralled by the old musicals that played on television, such as “Singing in the Rain”. This inspired her love for the performing arts, and since primary school, she took every opportunity to sing, dance, and act. As a teenager, her desire to learn French brought her to Montreal for a summer immersion program. Smitten with the city, she stayed and made Montreal her home. Not long afterwards, Bonnie took a huge leap of faith to follow her heart. She left university and became a professional actor. Thirty years later, though the journey has never been easy, Bonnie has no regrets, since what is life, if not lived with passion? 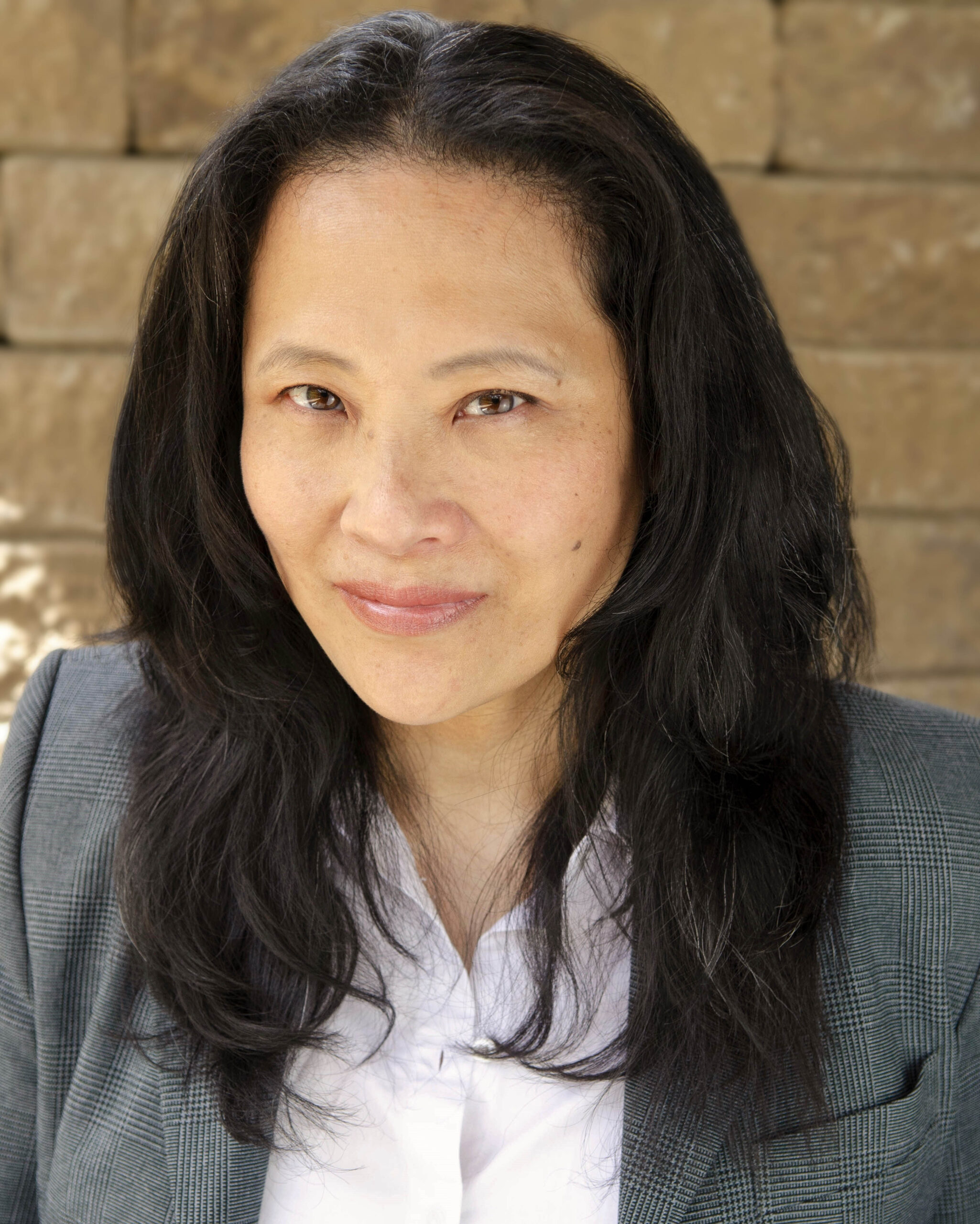 Sophie Gee is a director of mostly new creations which she presents under the name Nervous Hunter. Her interdisciplinary performance Lévriers (MAI, Montréal, arts interculturels), was part of the 2019/2020 season of the National Arts Centre. She is an artist in residence at Théâtre Aux Écuries where she will create her next piece, Bonnes Bonnes. Sophie is a graduate of the National Theatre School’s directing programme. She aims to make good work and not hurt the earth too much. 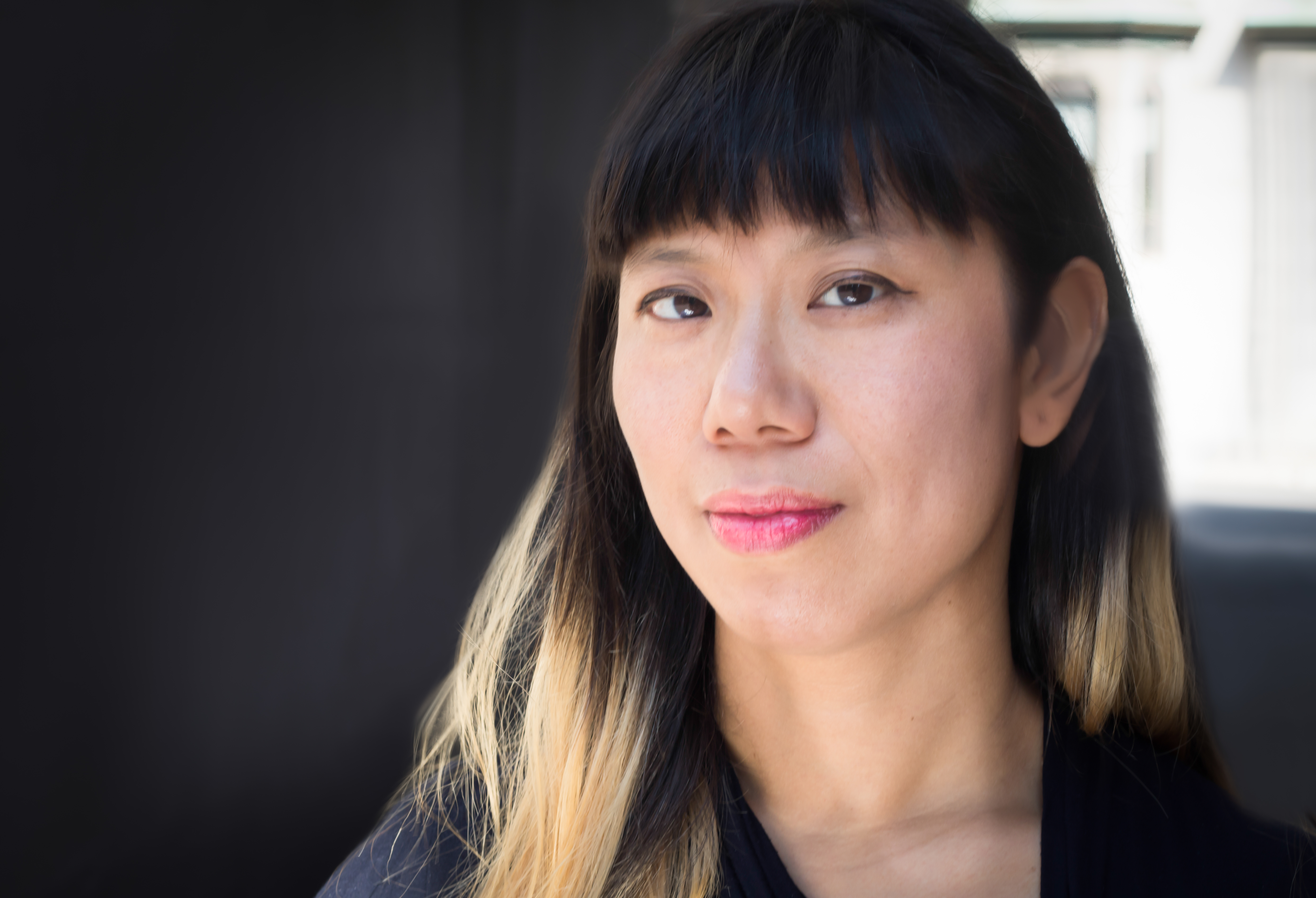 I’m an Anglophone Quebecoise Chinese Canadian mom; therefore a Jack of most trades and a master of a few (mom group buys anyone…). I never know what to put in bios therefore till I come up with something smarter to say, I’m very grateful to be in this project with all my castmates who I adore and call friends. Also, the serendipity of being in a play by Marjorie Chan, who a long long time ago shared a wonderful meal with me in Toronto and I will not forget her kindness nor the wonderful Chinese food we had. Finally, thank you, Alessandra Tom, Teesri Duniya Theatre, and Festival Accès Asie for having me in your project! Merci beaucoup! 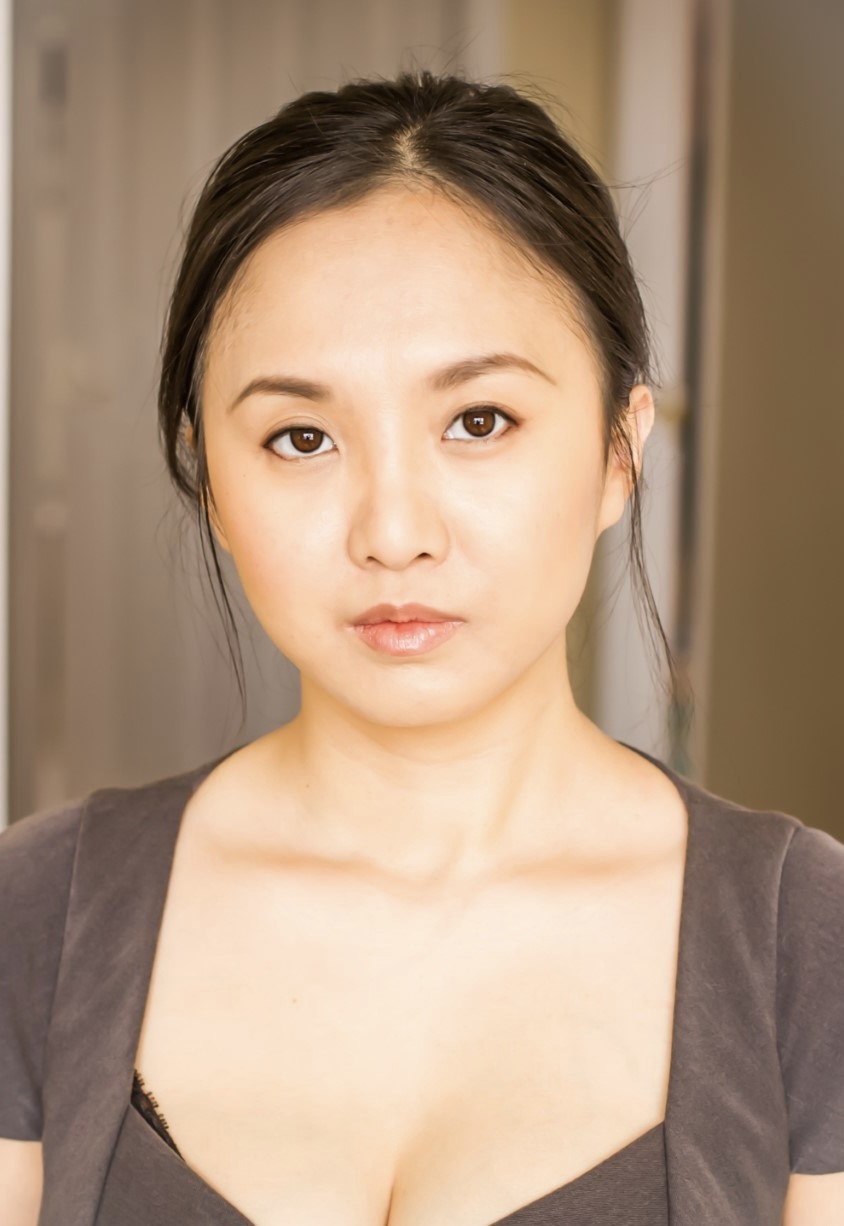 Julie is a stage and voice actor, theatre creator, playwright and mentor based in Tiohtiá:ke (Montréal).

She is co-Artistic Producer of Tashme Productions with Ottawa artist Matt Miwa. Their documentary play, The Tashme Project: The Living Archives, a verbatim account of the Japanese Canadian internment experience told through the childhood memories of their elders, recently toured across Canada and was published in the anthology Scripting (Im)migration. Follow Tashme Productions on social media to check out their latest project, Yume Digital Dreams, featuring 14 Japanese Canadian artists and their digital collaborations. She is currently finishing her third play, Mizushōbai (The Water Trade) about Kiyoko Tanaka Goto, a Japanese picture-bride turned ‘underground’ business woman in 1930’s British Columbia.

Julie is a proud Sansei (third generation) Japanese Canadian and is a member of the student taiko group, Inazuma. 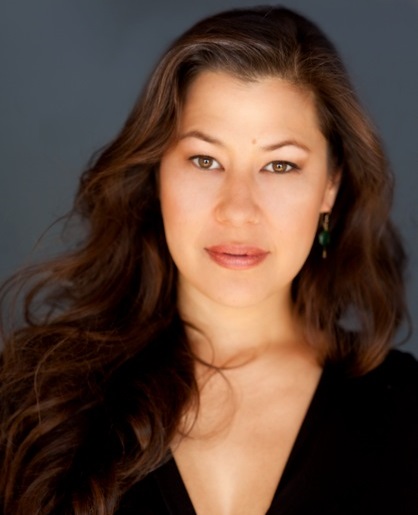 Olivia Woods is a theatre director and teacher based in Tiohtiá:ke/Montreal. With a BFA in Theatre Performance and a graduate’s diploma in Community Economic Development, Olivia sees the collaborative process as a space for social transformation. Her recent collaboration with Bâtiment 7, a performance creation workshop series for youth to explore theatre as a vehicle for social change, was awarded a Sustainability Research Award (Sustainable Action Fund). Digital theatre credits include: directing Cosmonaut Number One (National Theatre School’s #artapart) and collaborating on Live Virtual Experiments (Associated Designers of Canada). Assistant directing credits include: Encore (Tableau d’Hôte), Blue Stockings (Persephone Theatre), and En Point (Tableau d’Hôte). Olivia is a recurring workshop leader and teaching assistant at Concordia University. 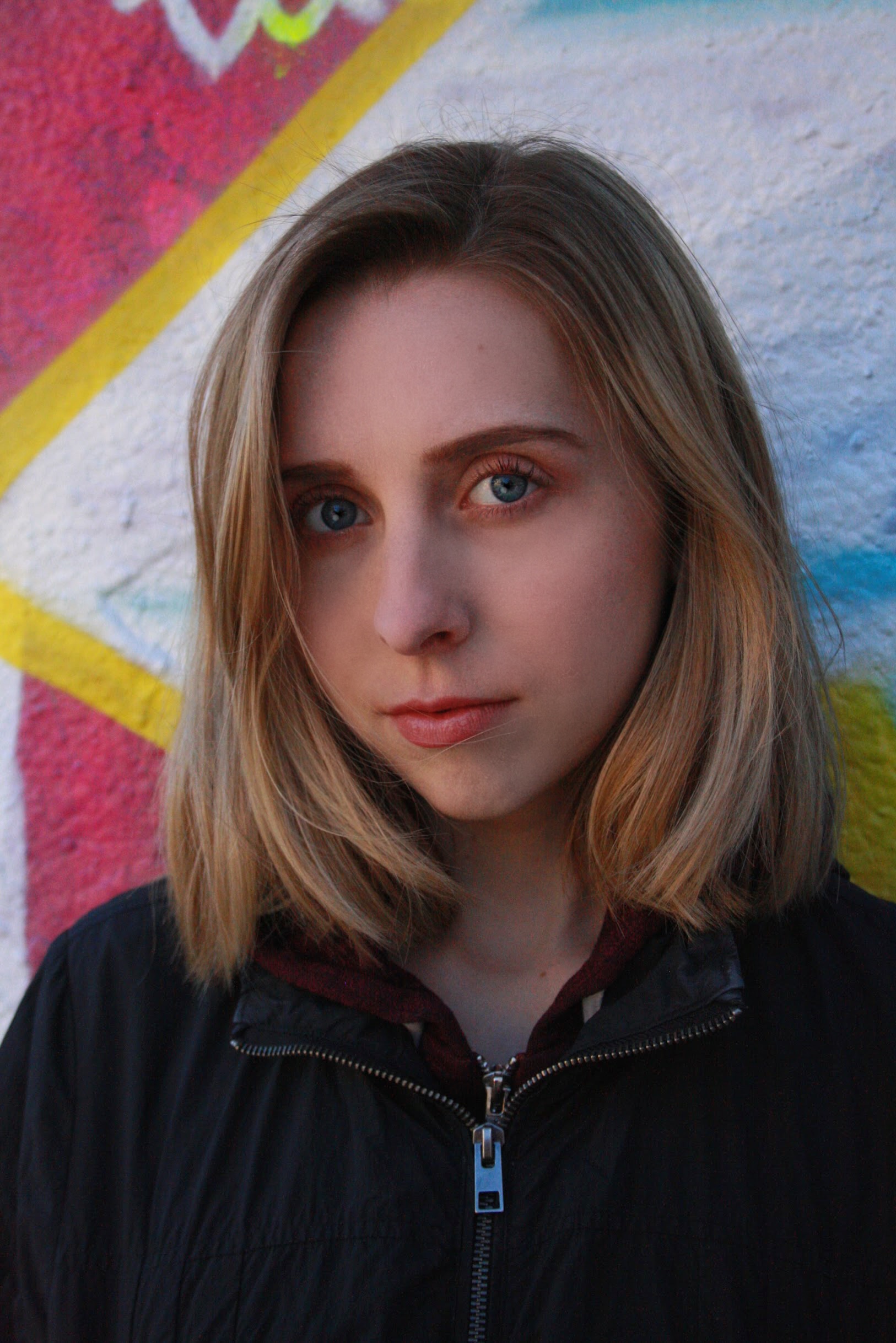