Festival Accès Asie will immerse you into a universe of danced science fiction with dance rockopera Iredea by the Woo Me Myth company. Performance artists Jenn Doan, Ted Strauss, Mark Medrano and Maxine Segalowitz will perform in the splendid Gesù church.

Iredea creates a world where civilization has disappeared and where the survivors clumsily try to establish new symbols to connect with each other. Some see no interest in doing so, but others stubbornly persist. Mysterious characters are at the center of this struggle: one is the soul of an artist in a paralyzed body, the other is brilliant, cold and calculating, and the third is destitute and desperate, but he has a keen memory. From their confrontation these questions will arise: How do we carry on? How are guiding symbols formed? With Iredea, the Woo Me Myth company brings science fiction on stage with dance, music, voice and ingenious visual effects.

Woo Me Myth is an eclectic rock band and a virtuosic dance troupe merged into one. Ted Strauss and Jenn Doan unite their respective talents with the desire to create a new experience for the audience, Strauss by creating the audio landscape and Doan the physical landscape. They thus offer evocative and imaginative performances that mix live rock/electronic/folk music, dance and mythology. They are joined by two talented dancers; Mark Medrano and Maxine Segalowitz who complete the cast of Iredea.

Iredea is created as part of a creative residency offered by the Gesù, a privilege awarded to the company Woo Me Myth after their performance in 2013 edition of Festival Vue sur la Relève. Festival Accès Asie has collaborated with Gesù to present Iredea which is the fruit of a four month creative residency.

Do not miss this incursion at the heart of a unique and eclectic universe where science fiction meets dance in one of the most beautiful venues in Montreal. 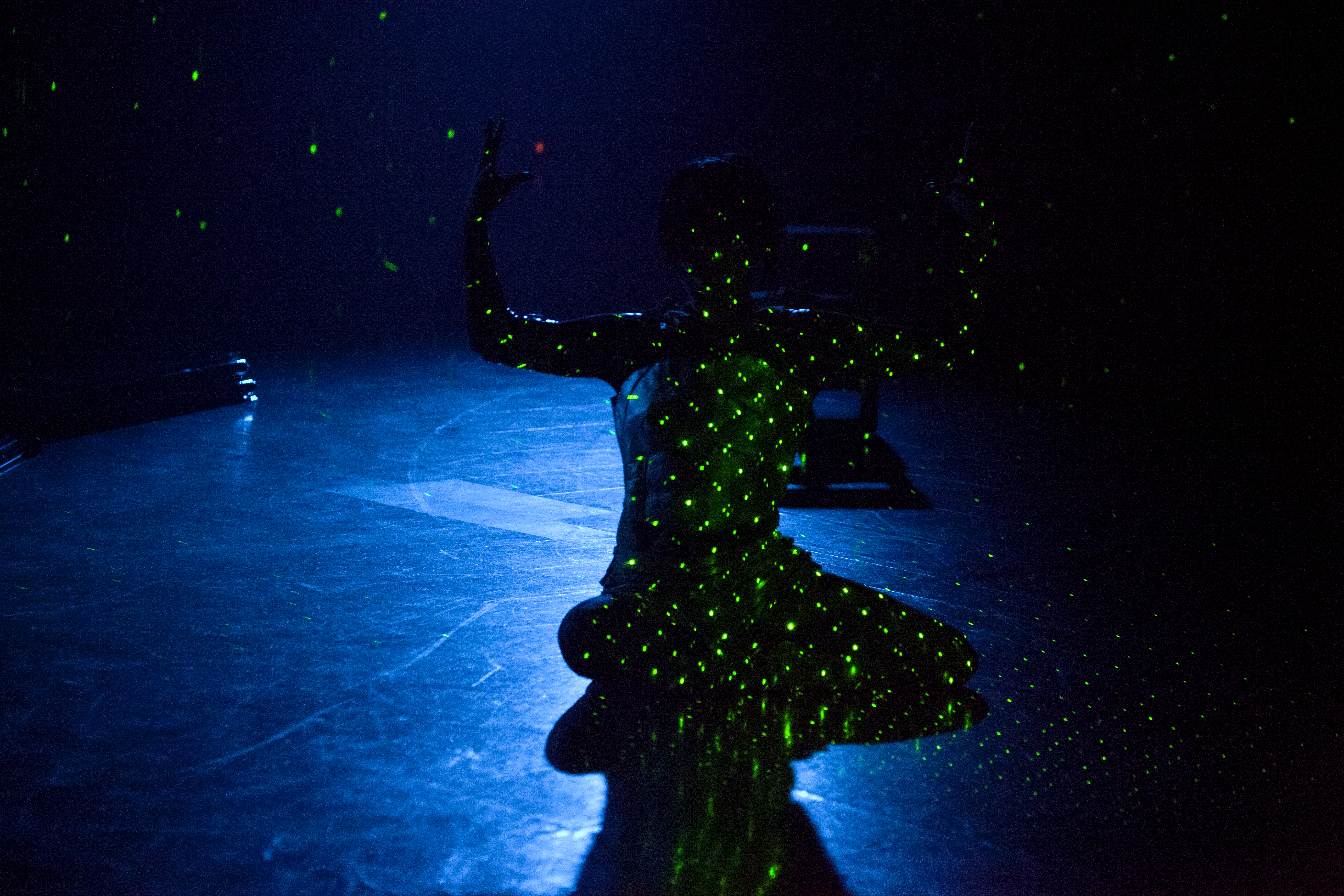 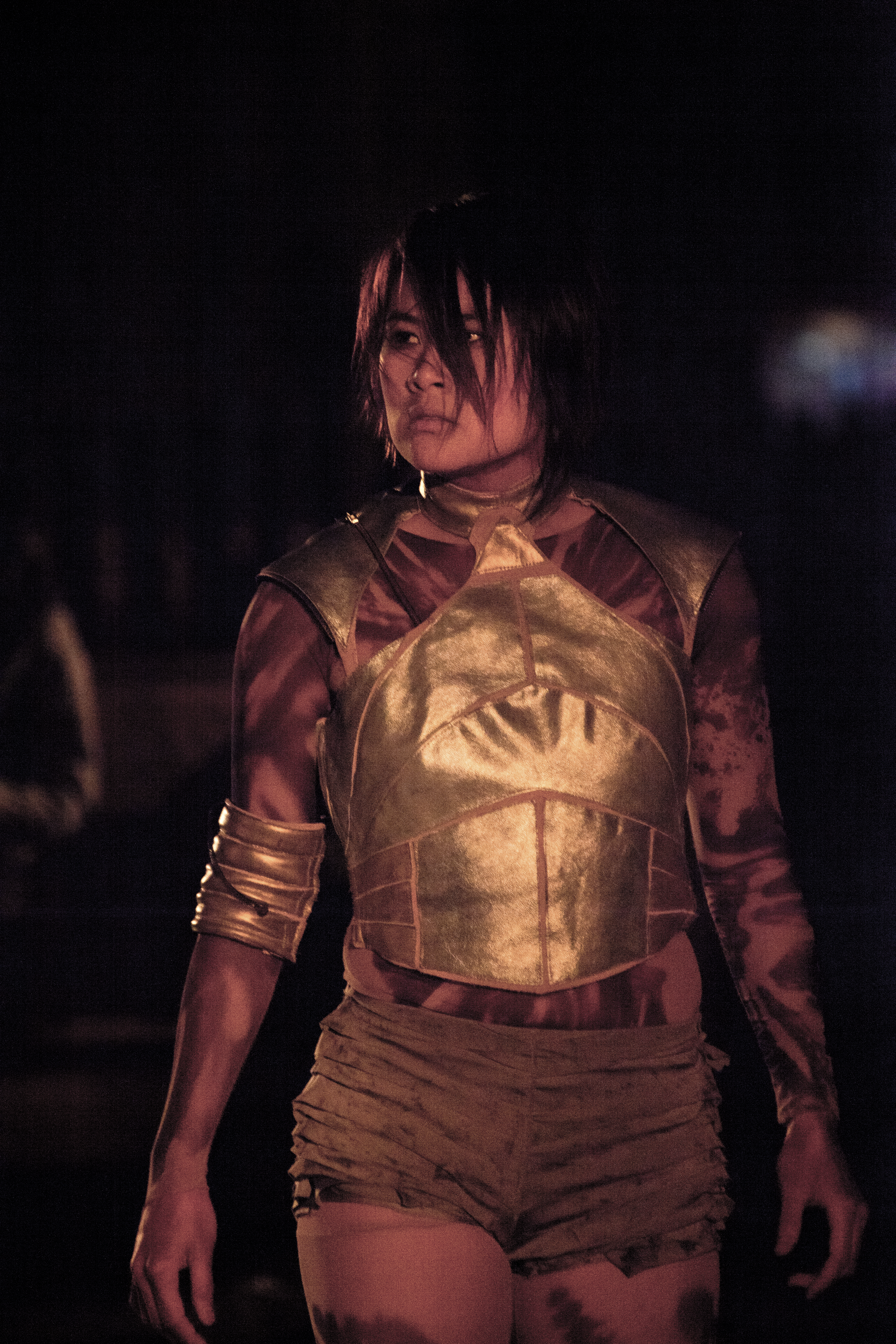 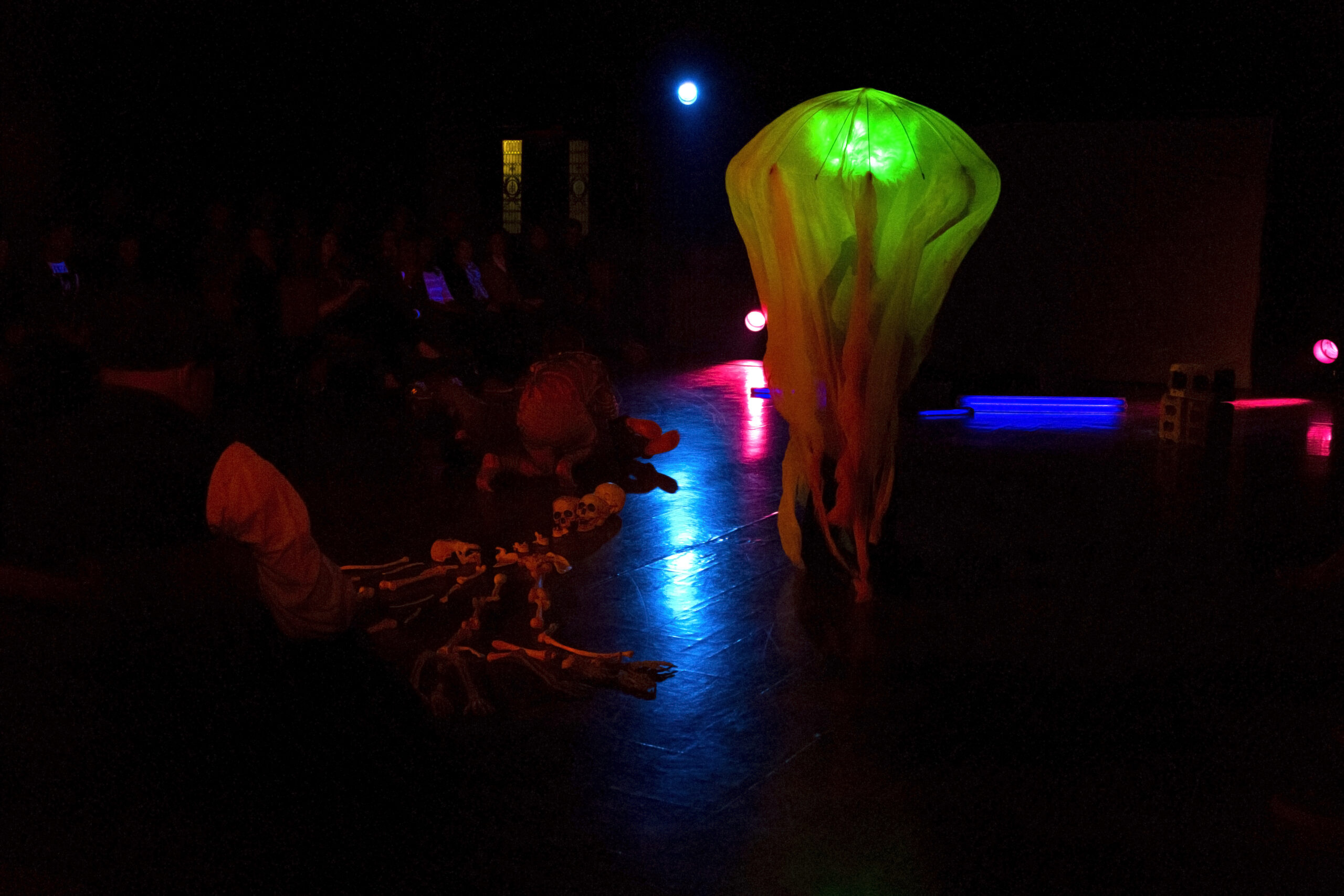 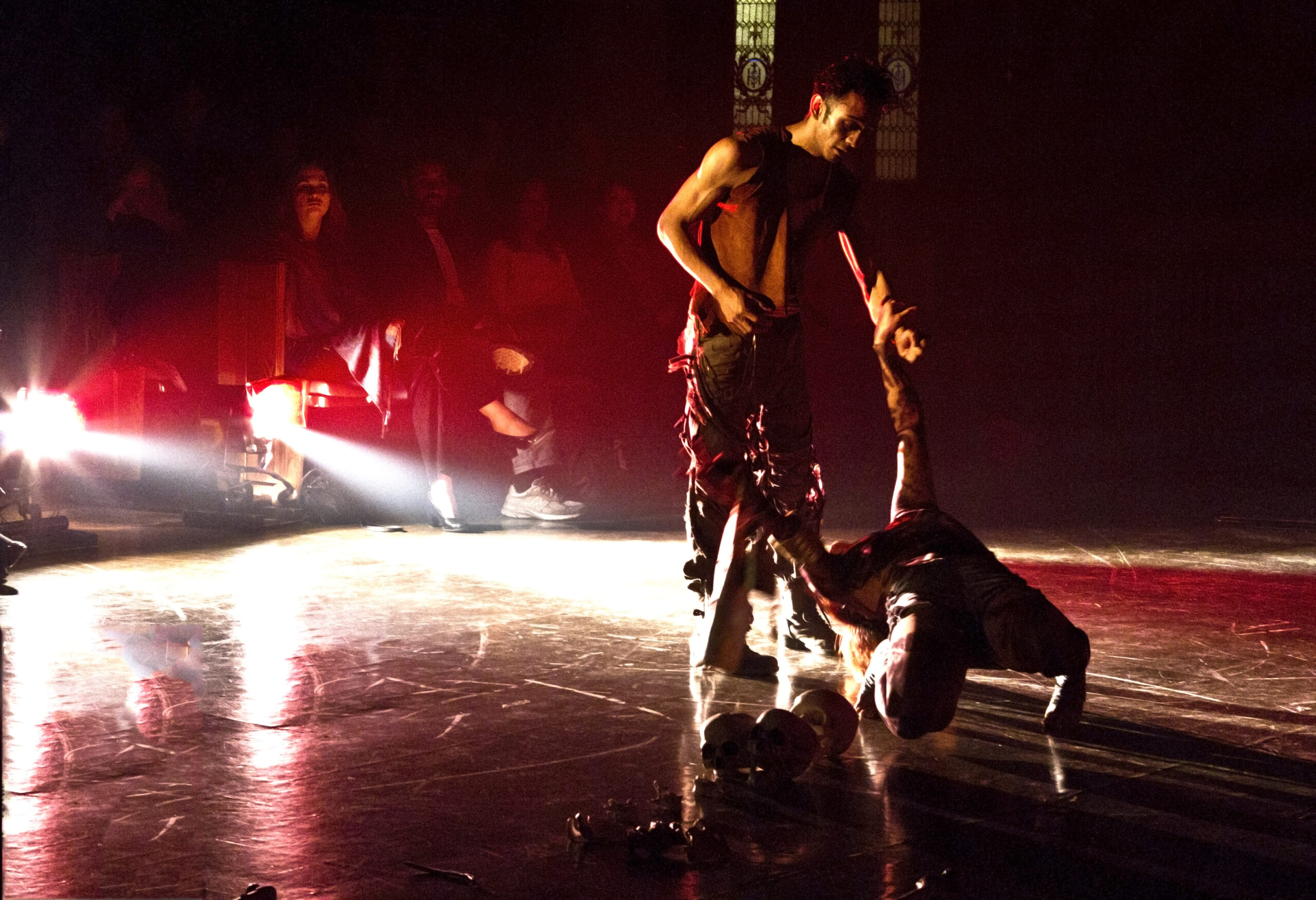 Jenn Doan works as a producer, choreographer,
dancer and singer in Montreal. She holds a BFA in contemporary dance from Concordia University. She cofounded Inertia Productions, an award-winning
dance and theatre company that toured in Canadian Fringe Festivals in 2007. She co-choreographed ADDICTED (2009) with House of Dangerkat and toured in New York and in Europe. She produced Transfigurations (2009) at the Dancersí Studio West with performance artist Moe Clark as well as the first two parts of inlayers: an interactive online reality dance creation.

Ted Strauss is a musician, a director and a social scientist. He composes original musical scores for dance, theatre, puppet shows and spoken word. He is the leader of New York rock group Grub Animal with whom he toured in North America and recorded two acclaimed albums. Strauss also works as an ethnomusicologist in Nunavut with the Kitikmeot Heritage Society and has done research to record Inuit drum dance music for a project to preserve Inuit cultural heritage.

Mark Medrano is a graduate from the School of Contemporary Dancers in Winnipeg, Manitoba. He has worked professionally with Gearshifting Performance Works, C. Medina Dance (Austria), Odette-Heyn Projects, Stephanie Ballard and Dancers, Julia Sasso, Johanna Riley, and Winnipeg’s Contemporary Dancers’ emerging company Verge. After graduation he continued as a company dancer with Winnipeg’s Contemporary Dancers from 2011 to 2013 performing works by Brent Lott, Sasha Ivanochko, Roger Sinha, and Rachel Browne as well as continuing his work with independent choreographers. He now lives in Montreal and has been working with Sinha Danse since March 2013.

Originally from Toronto, Maxine Segalowitz started dancing in high school and later obtained a BFA in contemporary dance from Concordia University. She has since performed in several shows, particularly at Mainline Theatre and at the Montreal Fringe Festival presenting personal original creations as well as independent collective projects. This is her first collaboration with Ted Strauss and Jenn Doan. 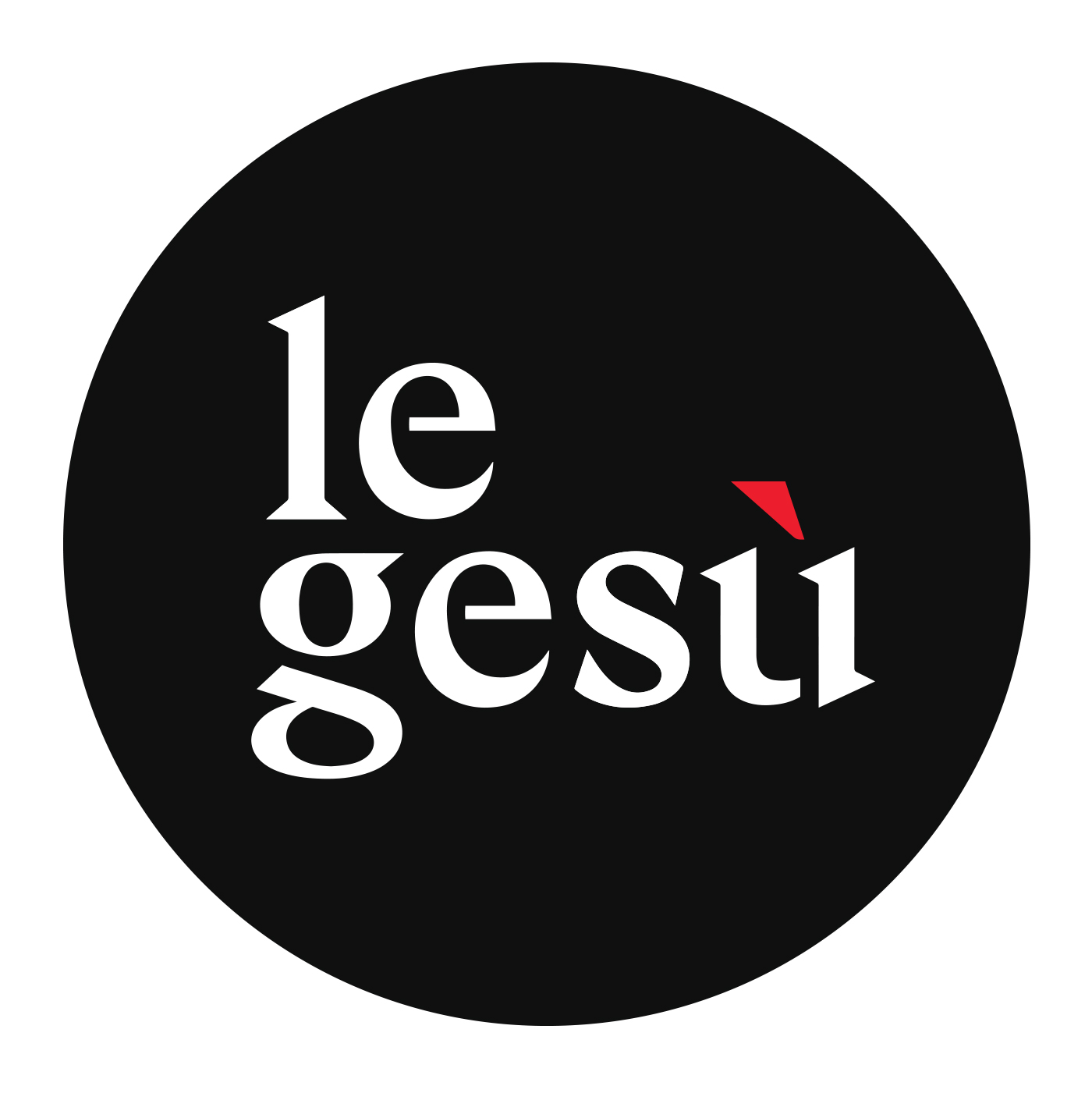