Festival Accès Asie is proud to welcome Vishwa Mohan Bhatt and Subhen Chatterjee to the stage in this exceptional concert at Bourgie Hall in the Montreal Museum of Fine Arts. This concert, entitled La Magie du Mohan Veena, is organized in collaboration with Centre Kabir and will take place on Saturday, May 13th at 7:00 pm.

World renowned Grammy Award winning slide guitar player, Vishwa Mohan Bhatt from Rajasthan India, will be accompanied by Subhen Chatterjee, acclaimed percussionist travelling from Kolkata, India especially for this evening’s concert. Bhatt is sure to captivate with his pristine, pure, and delicate yet fiery music. He will be accompanied by the internationally acclaimed tabla player, Subhen Chatterjee, known for his evocative stage presence. The two musicians are sure to thrill the audience in this not to be missed concert. 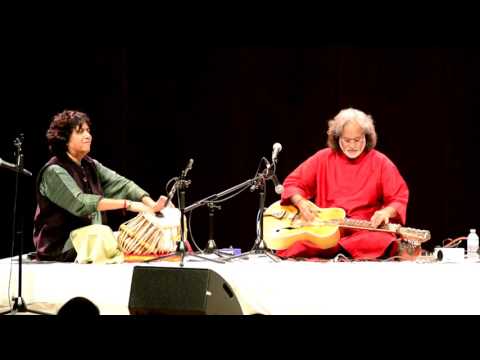 Vishwa Mohan Bhatt is a prolific musician and composer noted for inventing the Mohan Veena (a modified Hawaiian guitar) and taking it to the highest levels of Indian classical music. Bhatt has performed throughout North America, Europe, the Middle East, and India, enchanting audiences wherever he goes. As a result, Bhatt has become India’s cultural ambassador by popularizing Indian culture and music around the world. In this way, he truly expresses the essence of his name – Vishwa (world) and Mohan (charming). A foremost disciple of the legendary Pandit Ravi Shankar, Bhatt belongs to an elite body of musicians who trace their roots back to the famous Tansen court musician (1506-1589) of the Mogul emperor Akbar. Bhatt is a Grammy Award winner with Ry Cooder for their world music album, A Meeting by the River. In addition to adapting the Hawaiian guitar to Indian sounds, Bhatt is probably one of the most expressive, versatile slide guitar players in the world. He is a mentor for many distinguished musicians around the world, including notably Harry Manx, the distinguished Canadian Blues/Folk virtuoso. (www.vishwamohanbhatt.in) 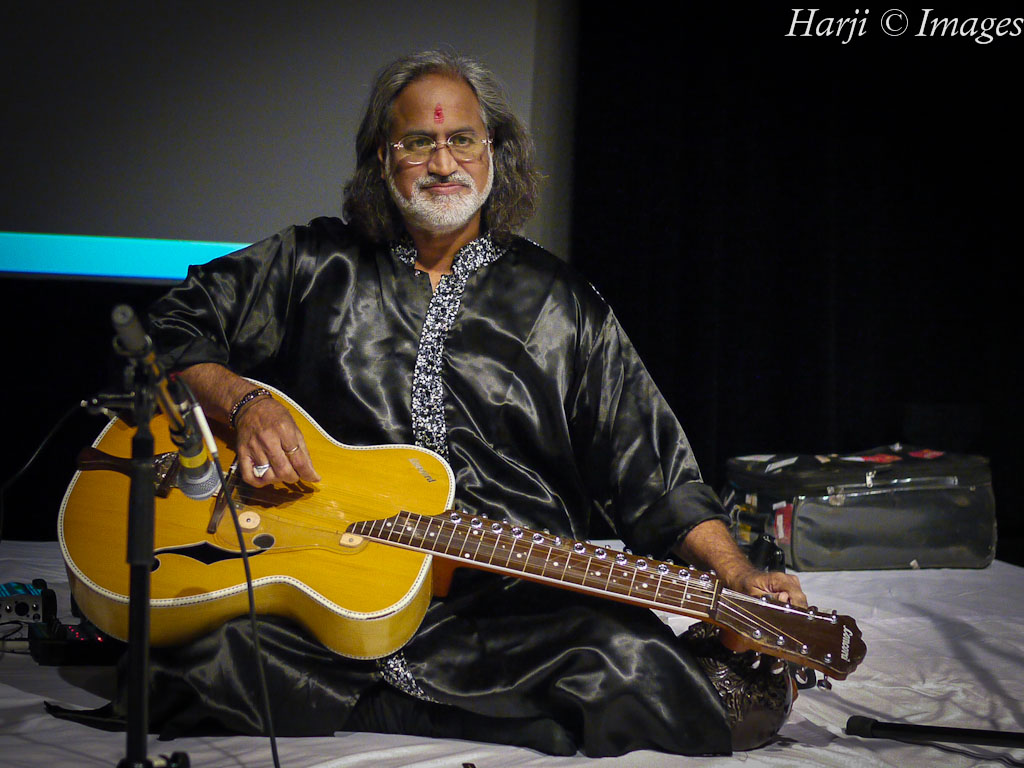 Subhen Chatterjee, world renowned percussionist, learned to play tabla and develop his own style at Lucknow Gharana (a school that apprentices musicians with masters in a similar musical style) along with Pandit Swapan Chowdhury. Not limited to a single Gharana, Chatterjee incorporates different styles from multiple sources, which makes his playing so distinctive and unique. He is a recognized collaborator with the greatest musicians in India and abroad, such as flutist Paul Horn, David Crosby of famed Crosby, Stills, Nash & Young, and Anandan Sivamani, the lead percussionist for A.R. Rahman’s band. Chatterjee founded the east India fusion band Karma in 1984, and more recently Friends of Drums (F.O.D.) with Sivamani. He is involved in a number of music associations. Chatterjee is also a successful recording artist with a repertoire of over 30 CDs, both as accompanist and soloist. He has also been nominated for the JPF Music Awards, one of the most important music prizes in the U.S. (www.subhenchatterjee.net) 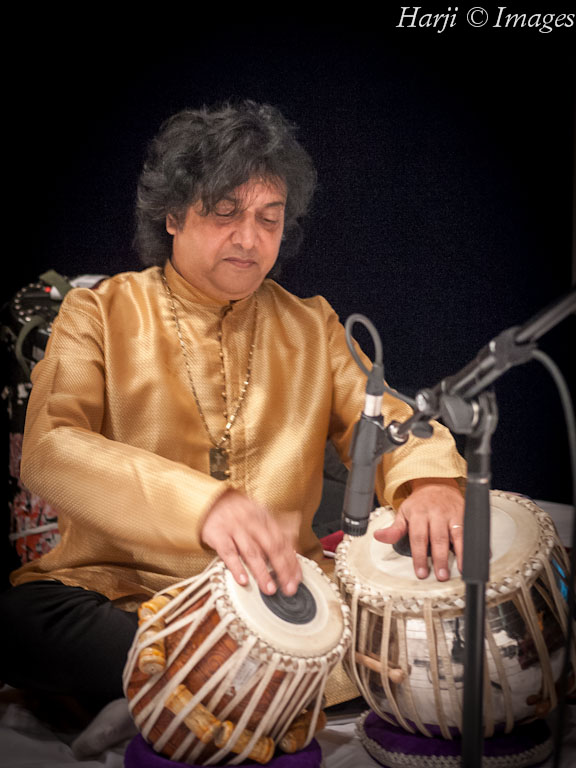