During the opening cocktail to be held at the MAI (Montréal, arts interculturels), artistic director Janet Lumb and the Festival team invite you, from 5 pm to 7 pm, to a live painting performance by visual artist Kakim Goh, all the while entertained by a musical improvisation delivered by the talented percussionist and tabla player Shawn Mativetsky.

Join us for this unique experience of live creation and performance punctuated by the captivating sounds and rhythms of Indian music that marks the beginning of the Festival’s 2012 edition. You will feel the rhythm of the new activities, and have the pleasure of discovering the inexhaustible cultural and artistic wealth that reveals again this year within the Asian community in Canada. 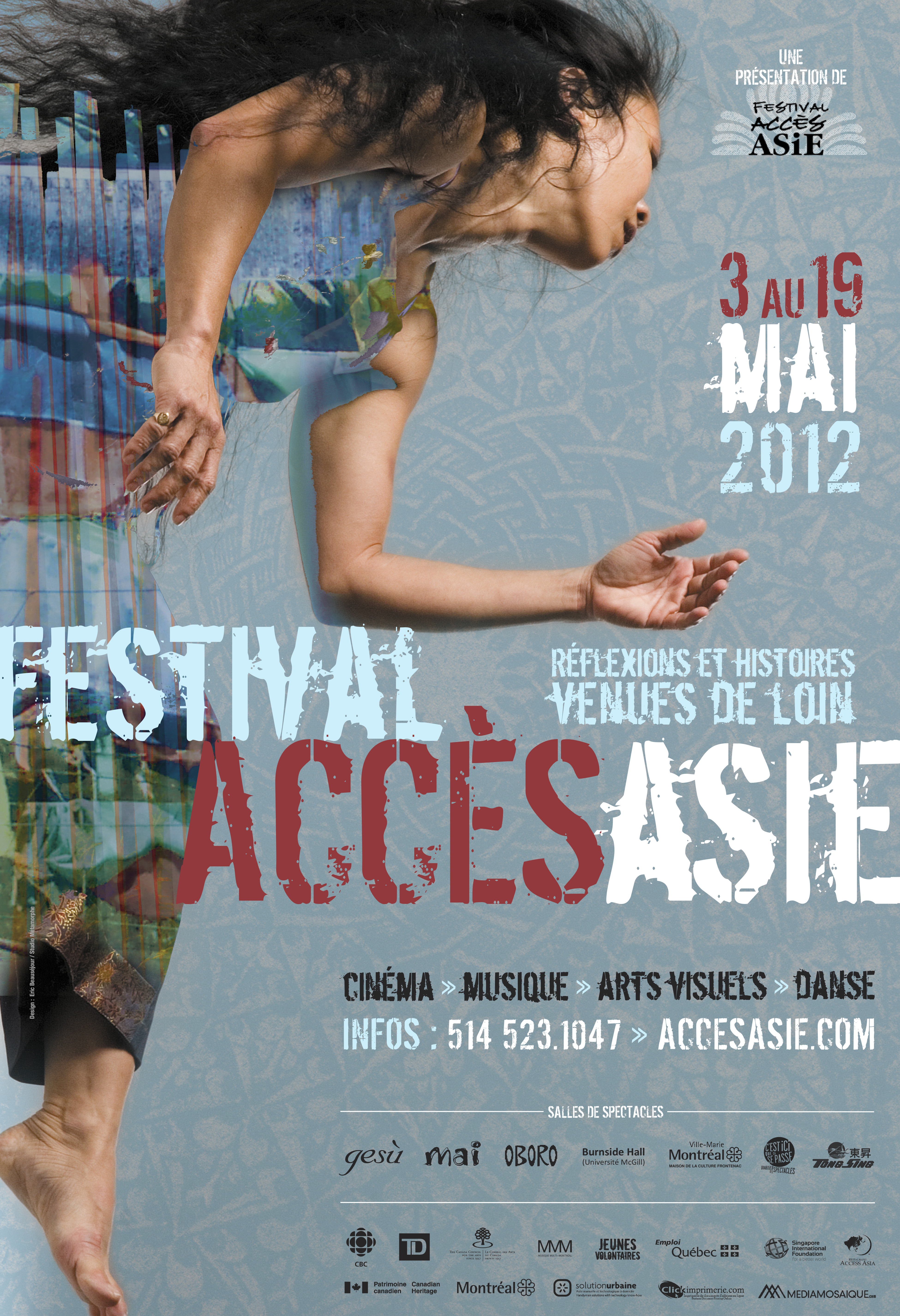 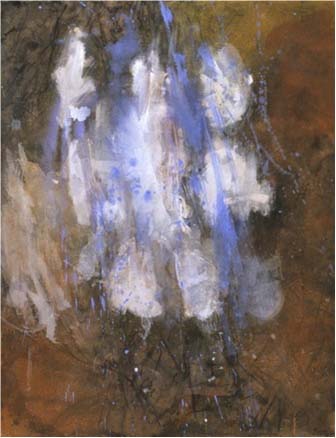 Kakim Goh, a visual artist and performer, originates from Singapore and is currently living in Montreal. Born into a family of artists, Kakim has lived in different countries namely Singapore, Malaysia and Mexico, but also in different regions of Canada such as Vancouver or Cowhead, a fishermen village on the west coast of Newfoundland. At the age of 19, he left Vancouver for the artist colony of San Miguel de Allende, Mexico, where he studied Fina Arts for five years. Upon returning to Canada, he obtained his B.F.A. at Concordia University in Montreal. Since 1993, the artist has presented credited exhibitions of his works in both Canada and Mexico. They are also part of private collections of art buyers in Canada, the United States, Singapore, Mexico and Chile. 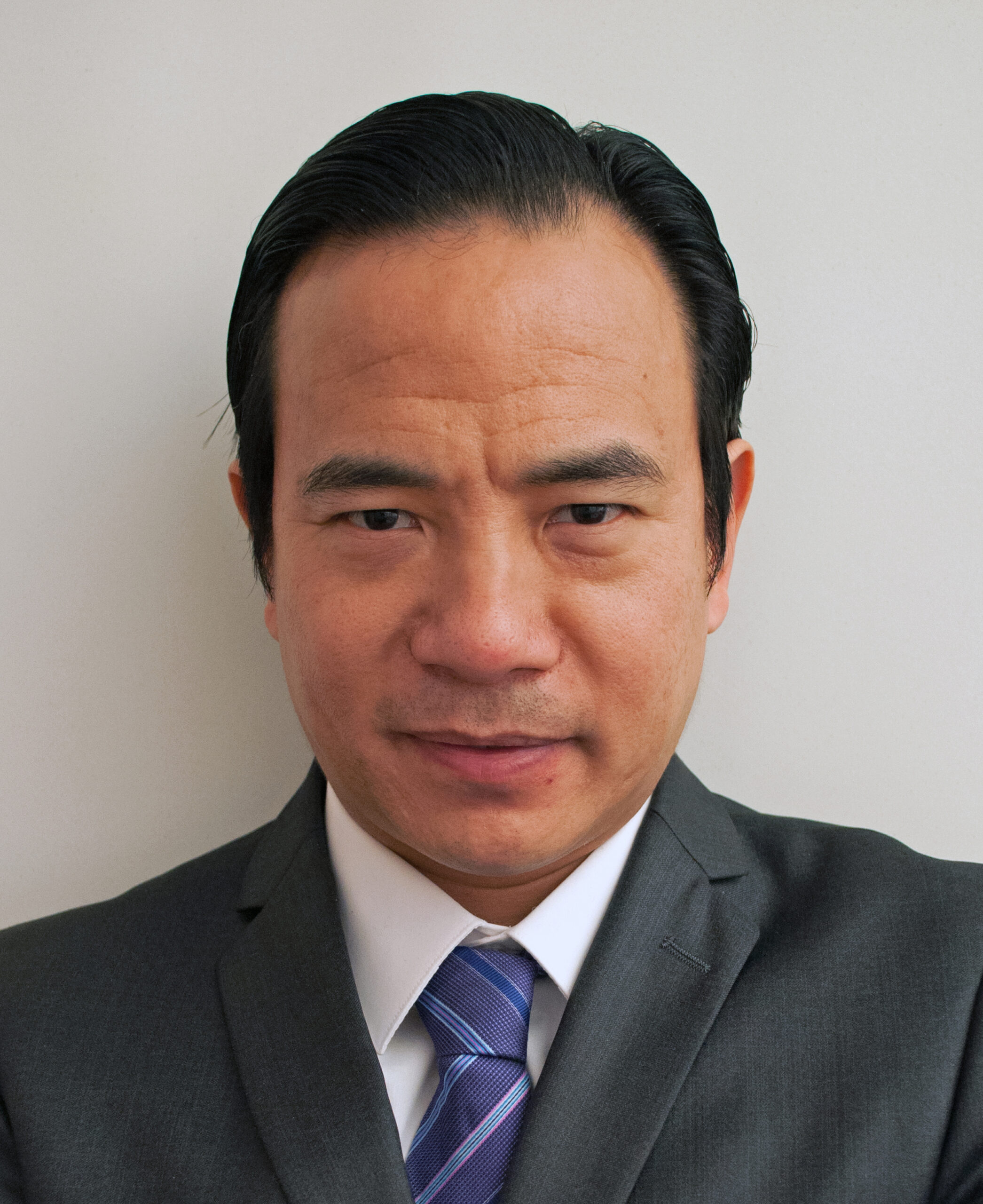 Indian tabla player and virtuoso, Shawn Mativetsky is equally at home with the traditional music of India as with world rhythms of classical, contemporary and modern music. He also collaborates in dance and theatre productions as a composer and performer. Shawn frequently performs as a solo tabla percussionist as well as an accompanist for kathak dancers, singers and musicians. In recent years, he has worked closely with kathak dancer Sudeshna Maulik. Festival Accès Asie has also had the opportunity to present their mesmerizing performance in the previous 2011 edition. This year accompanying another artist painter, Shawn will invite us to discover the magnificent sounds of North India. Shawn Mativetsky, in giving lectures, workshops and performances across the world, is committed to raising awareness of the tabla and traditional music of North India. Based in Montreal, Shawn teaches tabla and percussion at McGill University. His solo album, Payton MacDonald : Śuvres pour Tabla, was released in 2007; and Cycles, his new album of Canadian tabla compositions, was released in 2011.