Les préoccupations et les attentes is a performance piece based on Molam, a song of lament of the Tai dam people. In this multidisciplinary performance, the artists combine experimental sound, image and contemporary dance to create a universe inviting the audience on a deeply moving, cerebral journey.

These three artists have been collaborating for several years creating experimental mono-band performances and exploring their respective arts in broader contexts. 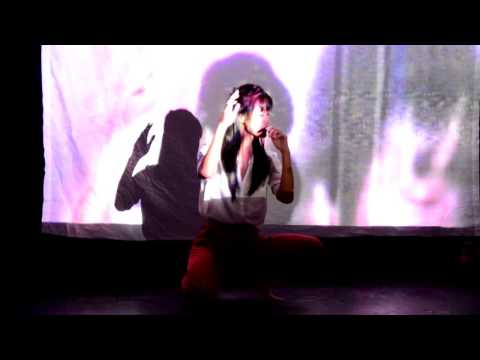 Chittakone Baccam Thirakul is a sound artist born in Thailand of Laotian and Taï Dam origin. His Laotian background infuses his music. Thirakul has been working in the experimental music scene since 2008 and is constantly exploring new sounds. In 2010, he co-founded the label, Jeunesse Cosmique, and is currently its artistic director. In 2012, Baccam began Hazy Montagne Mystique, a sound image project exploring what occurs when we closes our eyes. A very active artist, he has extensively performed in shows and festivals, and collaborated with numerous artists, such as Alain Lefebvre and Guillaume Vallée. He has released a number of albums and received several awards for his work.

Guillaume Vallée graduated from Concordia University with a major in film animation and a MFA-Studio Arts degree in film production. He is a performer, an installation artist and experimental film and video director interested in the creative process of moving images and their interaction with other media. Vallée creates hybrid video and performance pieces using camera-less techniques, optical effects, video feedback and found footage to explore ever more complex relationships with his subject matter. He is currently completing a PhD in arts at UQAM studying subcultures in cinema, music and multidisciplinary performance. His experimental films and videos, distributed by Vidéographe, have been screened internationally. www.gvallee.com

Kim-Sanh Châu is a choreographer and dance interpreter who has been based in Montreal since 2012. Born in France of Vietnamese parents, Châu`s Asian origins permeate her creations. Châu is an accomplished dancer who has widely performed and choreographed. She has collaborated as an interpreter with Helen Simard, Sasha Kleinplatz, Mary Williamson St-Amand, and Catherine Lavoie-Marcus, and, in recent years, in screen-dance projects with Camille Jemelen, Ray Lavers and Guillaume Vallée. In March 2016, Châu was selected for a twelve-day creation residency at Muong Studio (Vietnam), and in March 2017, she worked with the Urban Dance Group (UDG, DanCenter) a company in Ho Chi Minh City (Vietnam) with which she plans to work in future. Châu conducted research in Vietnam (Hoa Binh, 2016) for this Festival’s project.