Festival Accès Asie, in collaboration with the Kabir Center, is honored to present Strings of Romance, a musical performance that brings together the internationally renowned sitarist Shujaat Khan, accompanied by tabla players Indranil Mallick and Osbert Lyall.

Once again this year, we feast on Indian music with the remarkable Shujaat Khan, one of the greatest North Indian classical musicians of our time. Khan is most known for his gayaki ang style of sitar playing, a method that aims to match the subtleties of the human voice. With a musical pedigree that goes back seven generations, Khan’s adept sitar playing blends with finely-crafted, “sliding melodies of his vocalized style… into an irresistible expression of creative musical passion” (Los Angeles Times). Khan is known for emphasizing the rich tonality of the sitar and taking an intuitive and spontaneous approach to rhythm. This year, Khan will be accompanied by Indranil Mallick and Osbert Lyall, promising a magnificent evening of Indian music.

A child prodigy by the age of six, Khan is considered “one of the world’s best sitarists” (Village Voice), having mastered Hindustani and classical Indian music and pushing the boundaries of tradition. Hailed as “world music at its best” (Billboard), Shujaat Khan has recorded over 60 albums and garnered a Grammy nomination for Best Traditional World Music Album for his work with the Indo-Persian band Ghazal. As The Washington Post boasts, “Khan was a one-man string section, providing enough counterpoint for a half-dozen players… the playing was ecstatic and spontaneous, and retained its fluidity even when the tempo accelerated dramatically.” Shujaat Khan travels the world, serving as an ambassador for classical Indian music. 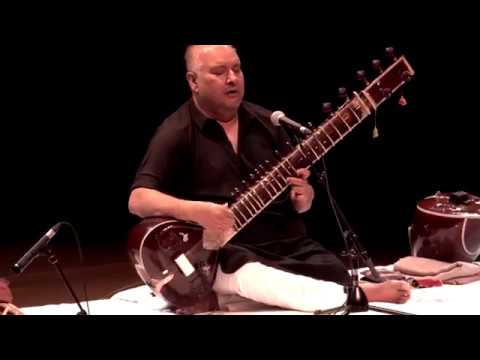 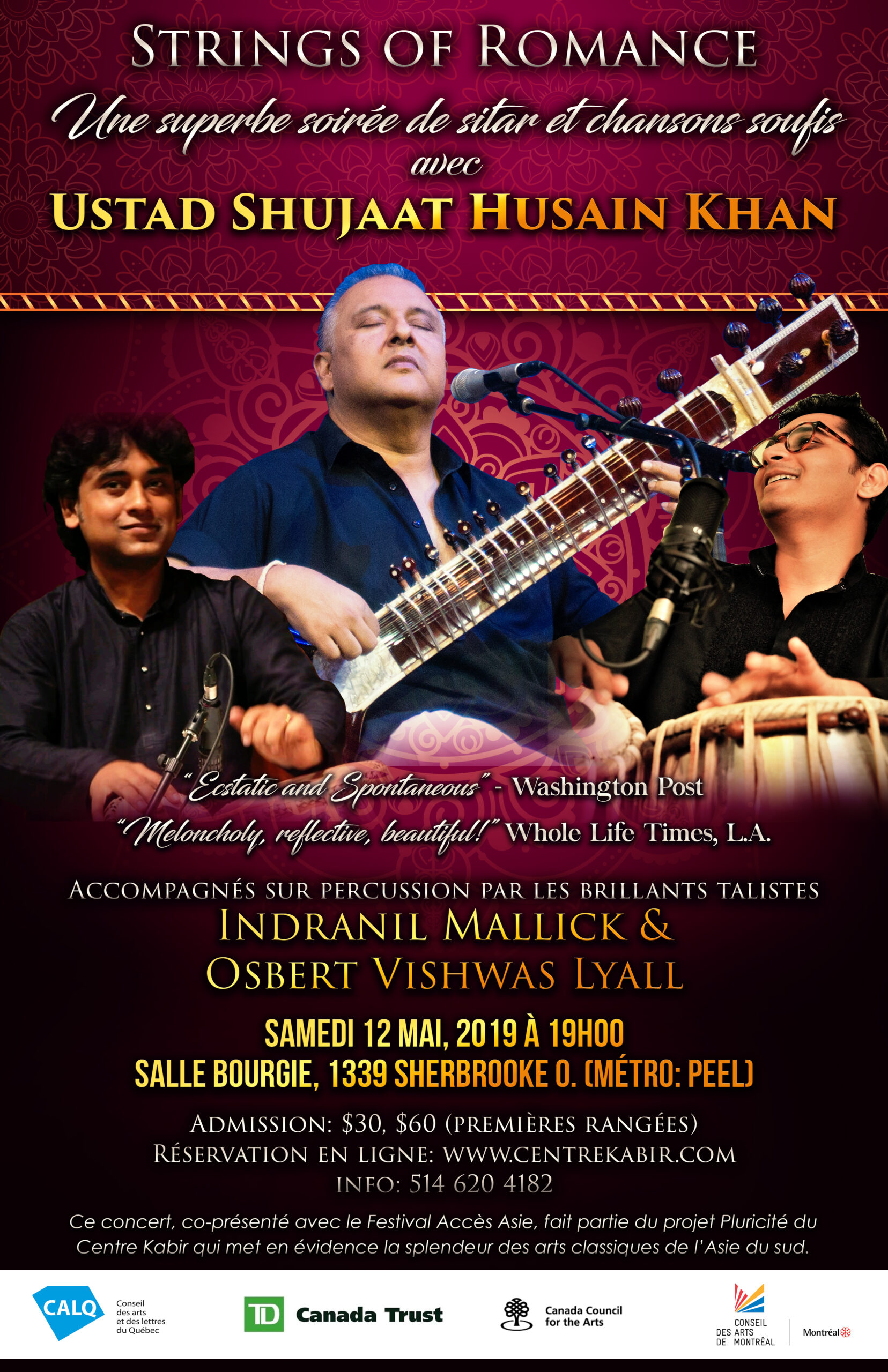 Shujaat Husain Khan’s musical career began at the age of three. By the age of six, he was recognized as a child prodigy and began giving public performances. A true ambassador of classical Indian music, he pushes the barriers of tradition by collaborating with different musical genres to create his own repertoire. On top of appearing in all the most prestigious Indian music festivals in India, Shujaat Khan performs around the world. In January 2000, the Boston Herald listed Khan’s concert, with luminaries including Seiji Ozawa and Luciano Pavarotti, as one of the top 25 upcoming cultural events of the year. He has released over a hundred CDs as well as a video titled KHANDAN. (www.shujaatkhan.com)

Indranil Mallick, a promising tabla player of rare skill, has established himself both as a soloist and accompanist. Indranil holds a bachelor’s degree in Music, focused on tabla, from the University of Chandigarh and a master’s degree in Economics from Rabindra Bharati University, Kolkata. Indranil belongs to the Luckhnow Gharana style of tabla. Among his numerous awards and distinctions in tabla performance, Indranil stood first in the annual Yuva Utsav competition held by the Government of West Bengal and earned “Best Talent of the Year” in the prestigious Dover Lane Music Competition for 1996-97. Indranil is considered an artist of great talent by All India Radio in Kolkata where he is featured regularly on programs aired throughout India. In Montreal, he recently and superbly accompanied the great maestro Ronu Manjumdar at Bourgie Hall. 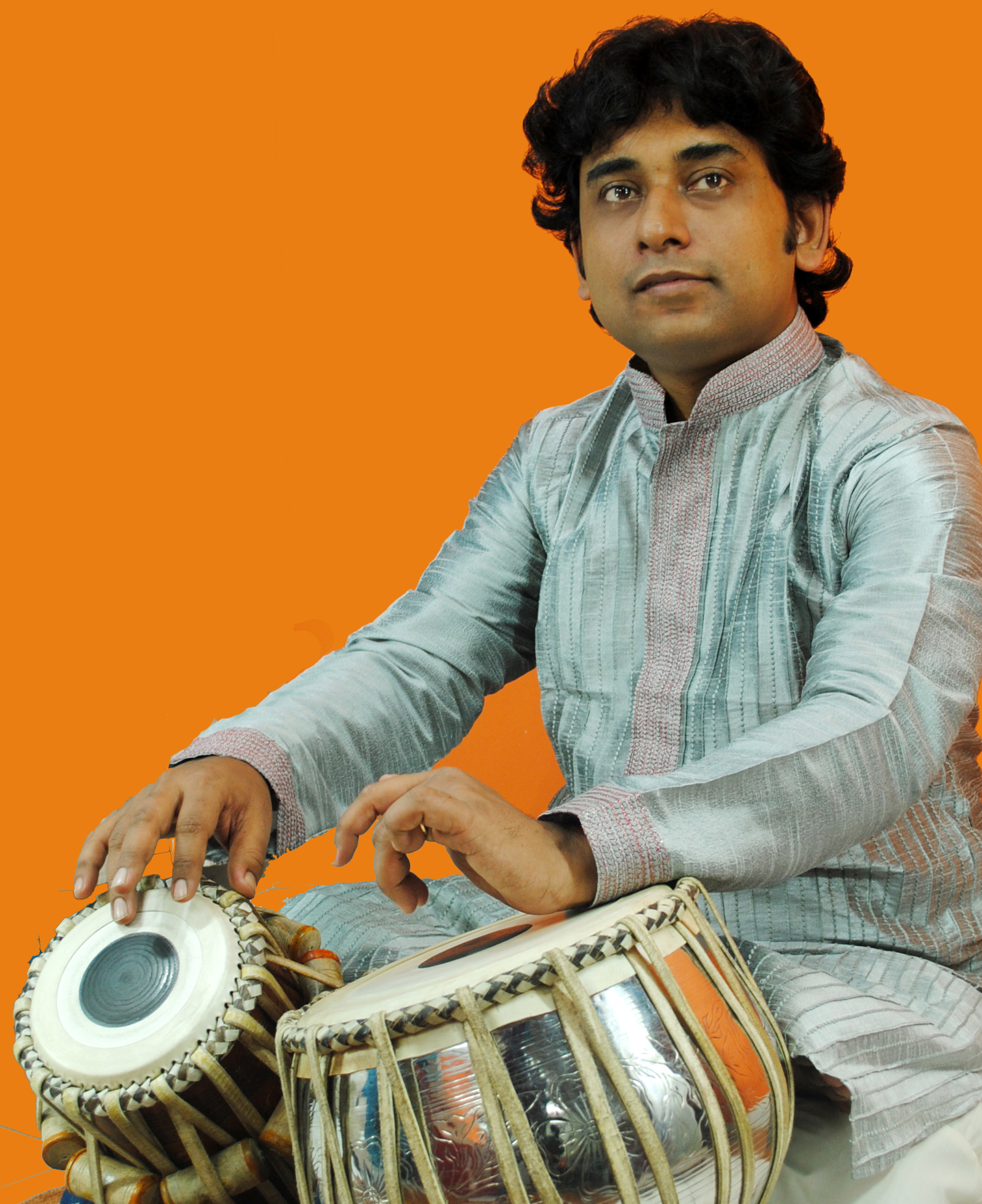 Interested in percussion from a young age, Osbert started learning Tabla at the age of eight. Ever striving to take his art to the next level, Osbert earned a bachelors degree and a master’s degree in Performing Arts specializing in tabla from Bhatkhande Music Institute Deemed University. He has received many gold medals from the Honorable Governor of UP State and a certificate of merit by maestros Padma Bhushan Pt. Jasraj and Pt. Hariprasad Chaurasia. Osbert has received numerous other awards and prizes at both state and national levels. In 2015, Osbert came to Canada to study music business and has since performed in many venues, performing both solos and accompanying many artists at various festivals and concerts throughout India and Canada. 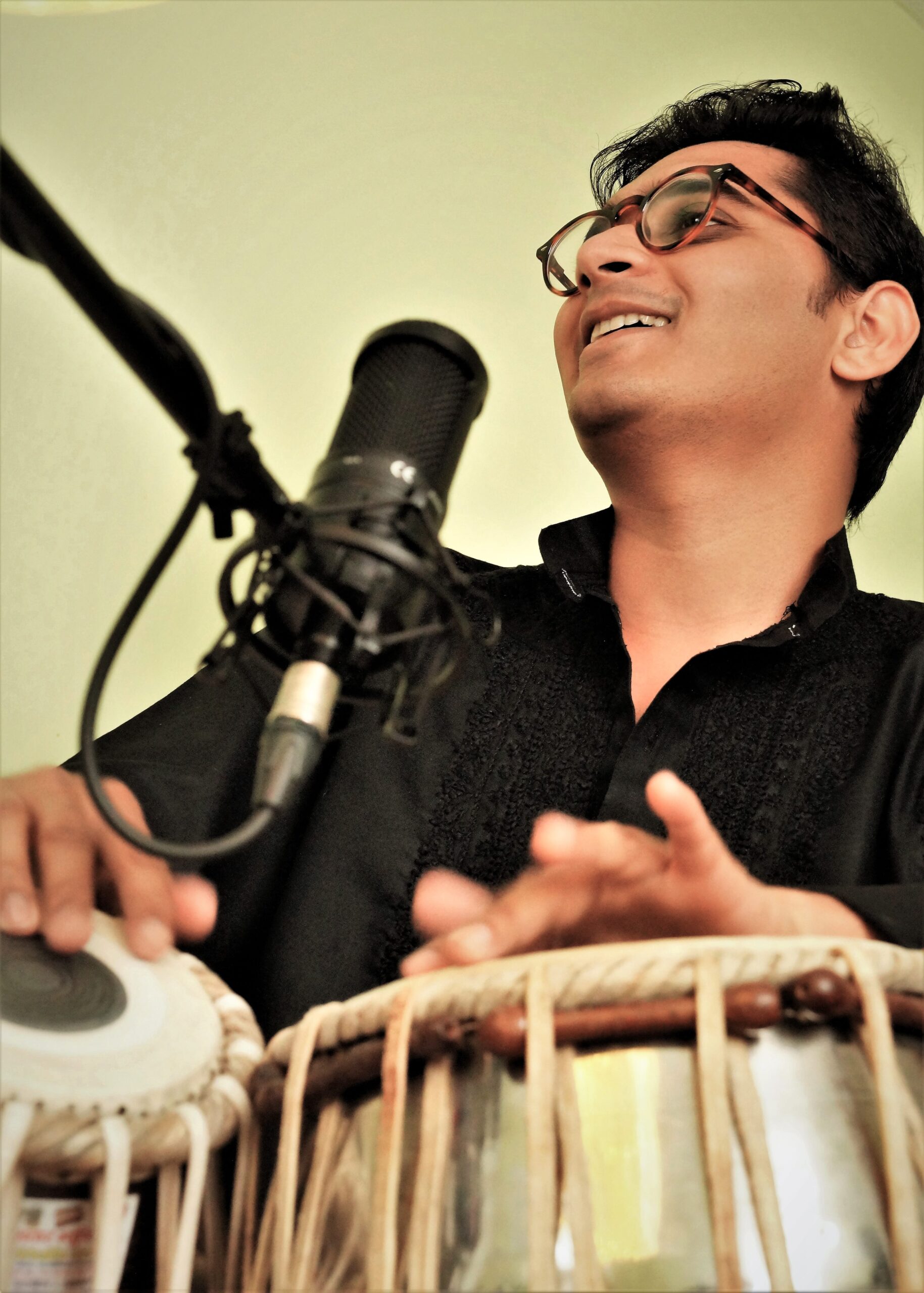