Unexpected Path is a collaborative program between Montreal’s Festival Accès Asie and Dance West Network, based in Vancouver, British Columbia.

Two emerging dancers, Eric Cheung from Vancouver and Kristy Janvier from Manitoba (whose work will be performed by lisa nevada), share their creative journeys in this evening performance, bringing to the stage their artistic practices and reflections on today’s ever-changing context. A screening of a performance by Shion Skye Carter and Kisyuu entitled Flow Tide will also be shown at the event.

*Due to personal reasons, artist Shion Skye Carter who was scheduled to present “Threading Echos” will not attend the event. A screening of one of her performances will be shown instead.

In Flow Tide, the artists explore the intrinsic relationship between contemporary dance and the centuries-old tradition of calligraphy. Shion embodies the movement of the calligraphy brush, creating a sensation of the liquid ink flowing through her body as she dances, while Kisyuu’s dance takes place through her brush. Each brushstroke adds a call to which the dancer responds, taking the form of an abstract conversation. This conversation from a distance becomes a representation of Kisyuu and Shion’s connections to their Japanese roots, to their art forms, and to one another.

Originally premiered as a film project at Powell Street Festival in 2020, the 2021 iteration of Flow Tide expanded the artists’ exploration to public outdoor spaces across Vancouver, including the shoreline of Spanish Banks.

Choreography by Shion Skye Carter and Kisyuu, with sound media by Stefan Nazarevich. The video was directed by Jo Hirabayashi. 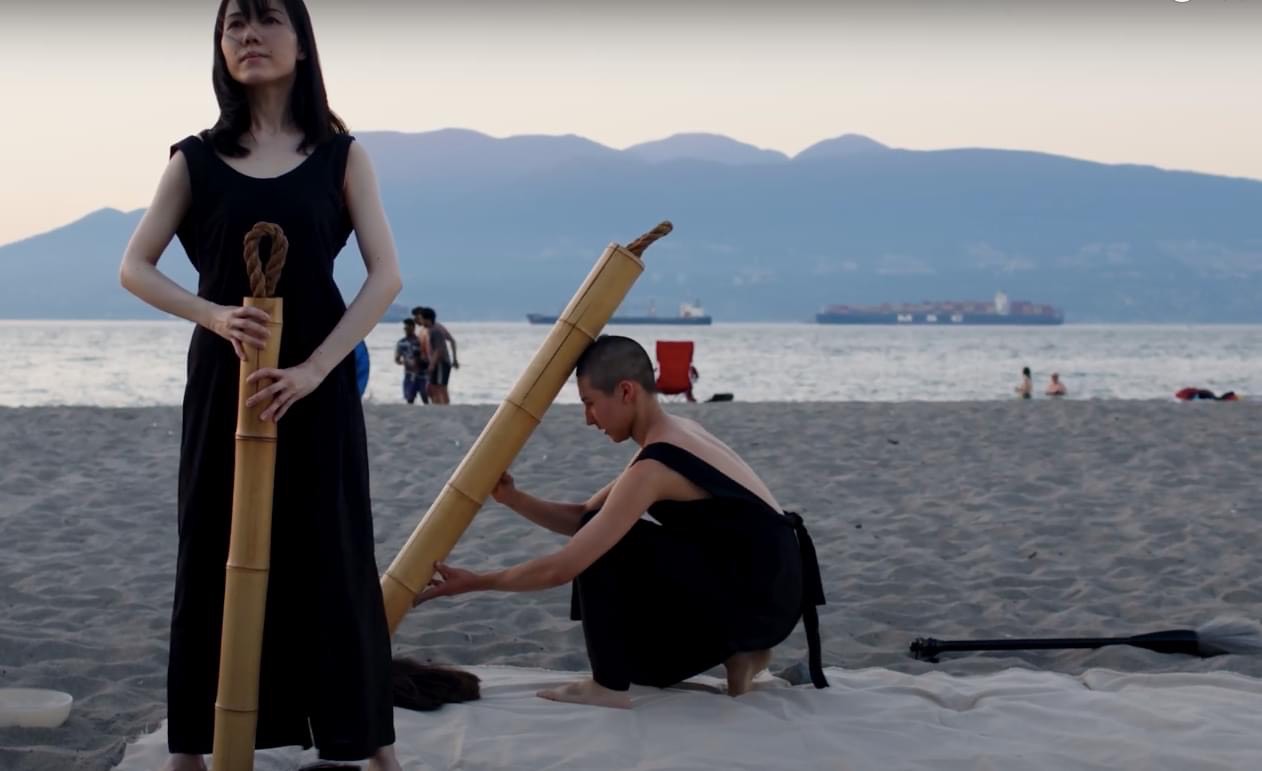 Re:1974 is a re-embodiment of his Father’s immigration story from Hong Kong to Canada in 1974 to the present day. From his son’s perspective, recollecting, remembering, and reliving the struggles and tribulations that he went through to start this new life for himself, and observing how his experiences have affected his physical and emotional health in pursuit of stability.

Choreography by Eric Cheung, with sound media by Caterina Barbieri and Some Vacancy. Special thanks to Cristina Bucci and Maiko Miyauchi for their support to the artist. The performance was made possible through the support of Dance West Network, Co.Erasga, Happening Dance, and the City of Vancouver. 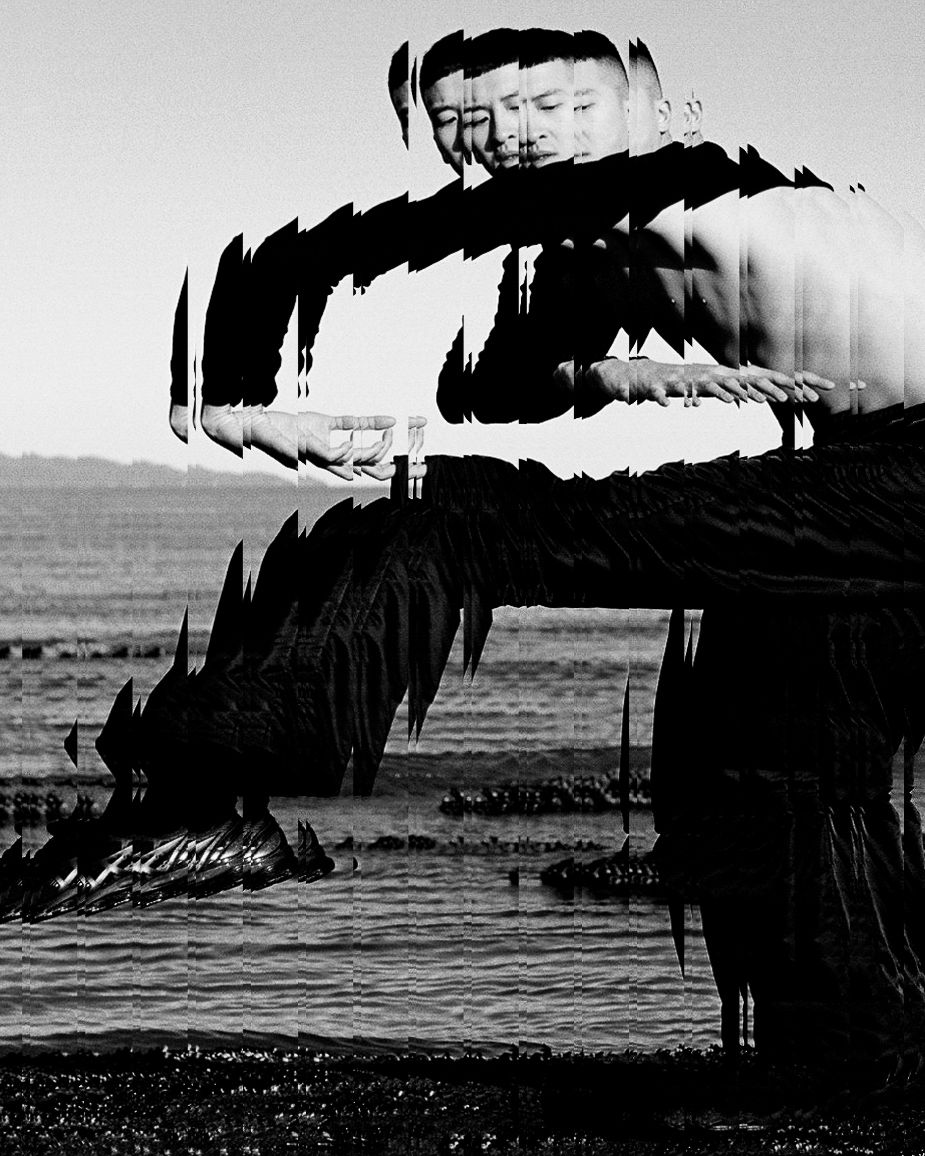 Often, we don’t see what one has given up when making decisions. A sacrifice can be made for another, an idea, or something of value for ourselves or the greater good of all. It can also be an act of survival, as we hide who we are. At times all we have left is what we can hold onto.

*Please note that Hide will be performed by dancer lisa nevada, rather than its creator Kristy Janvier.

Choreography by Kristy Janvier, with sound media by herself, sounds mixed by Shamanic DJ and vocals by Jana Dutkiewicz. The performance was made possible through the support of Made in BC Creative Residency 2019. 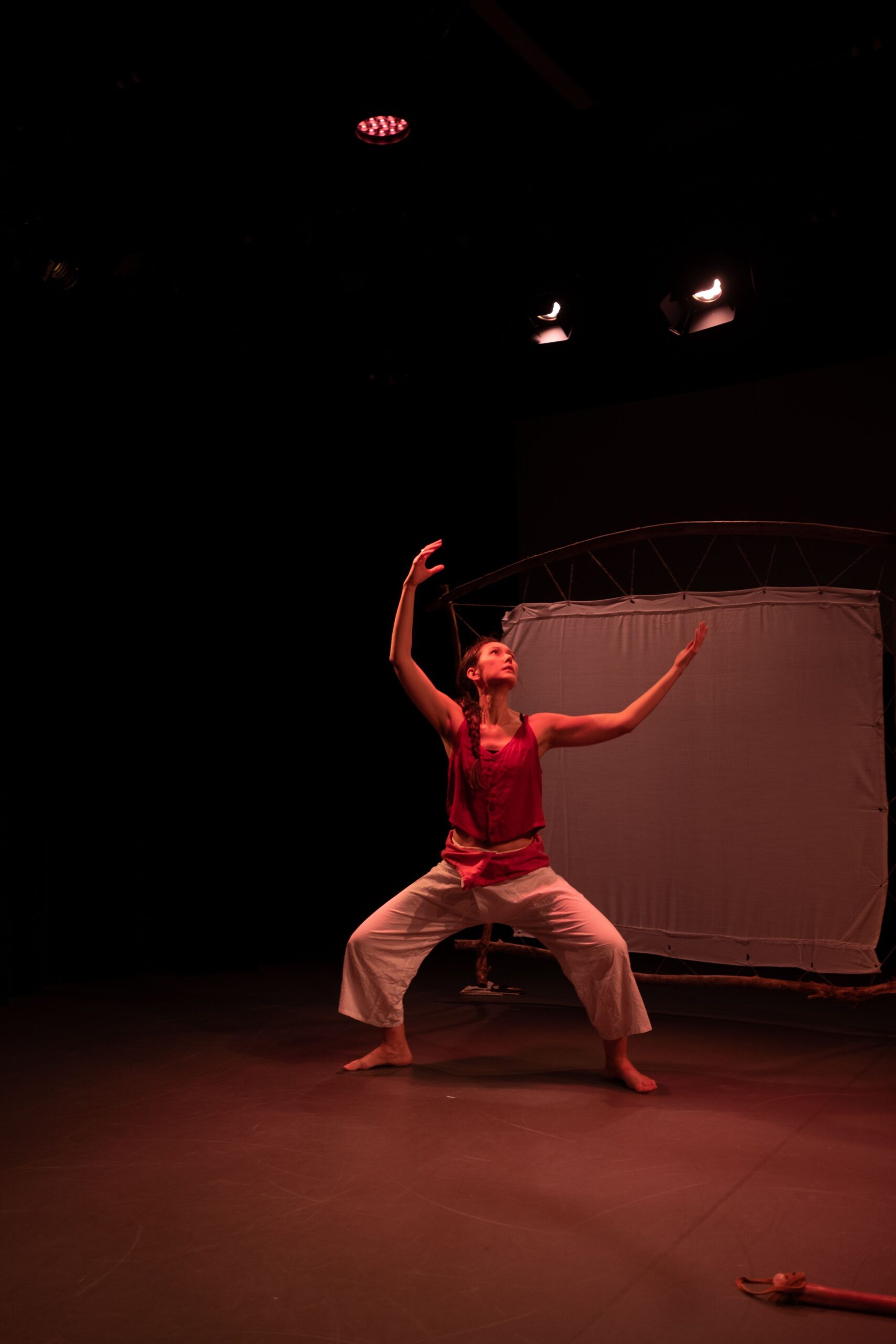 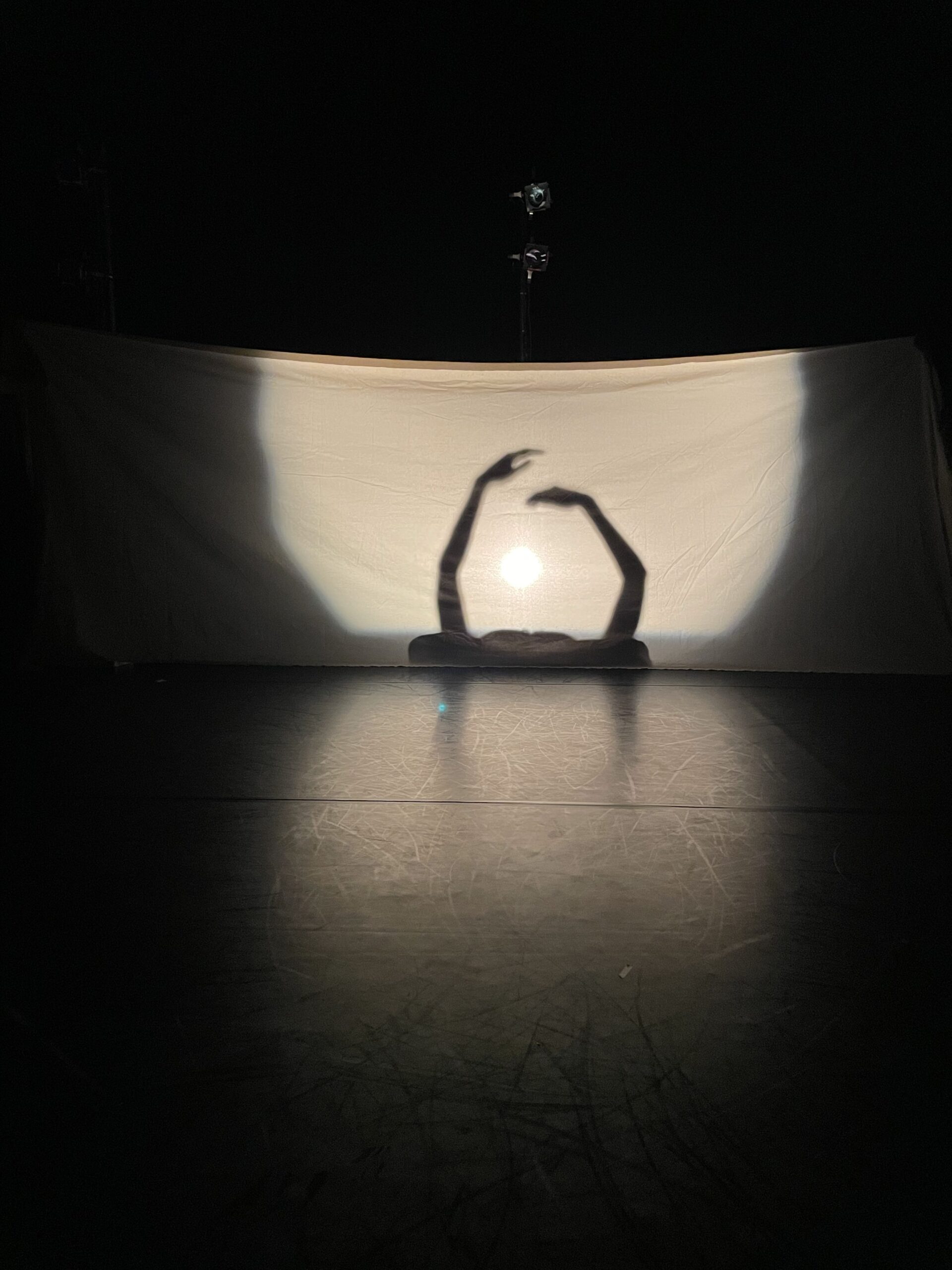 Kristy Janvier was born and raised in Flin Flon and is of Dene (English River First Nation), English/Irish, and Ukrainian decent. At the age of 18, she began working overseas as a professional actress/dancer. After 15 years of working in the entertainment industry with Disney, Kristy sought out other forms of movement and dance making work based on improvisation and interaction with bodies and space. Upon returning to Canada, she has connected to her roots through contemporary-Indigenous dance.
She had an opportunity to explore her research on water, the rivers, bloodlines and healing with the support of Young Lungs Dance Exchange in Winnipeg (winter 2016-17). Her first solo work, Forest Floor, was performed at Free Flow/Saskatoon (Sept ’17), Weesageechak Begins to Dance/Toronto (Nov ’17), Nocturne/Halifax (Oct ’18), and Nextfest/Edmonton (June ’19). The video work from the E|MERGE artist residency at Earthdance, Massachusetts (Feb ’18) has screened at five film festivals in Canada. Her current solo work, Hide, has been supported by the Made in BC Re-Centering/Margins Creative Residency (2019) and shared in Edmonton (Feb’20) at the Expanse Festival.
She has toured as an invited guest with Dancers of Damelahamid with Flicker (Oct-Nov ’17) and the national/international premier of Mînowin (Sept-Nov ’19). She has also worked with Raven Spirit Dance in The Gift (2019), presented solo work at IndigDIV (2019) and Confluence (2020). 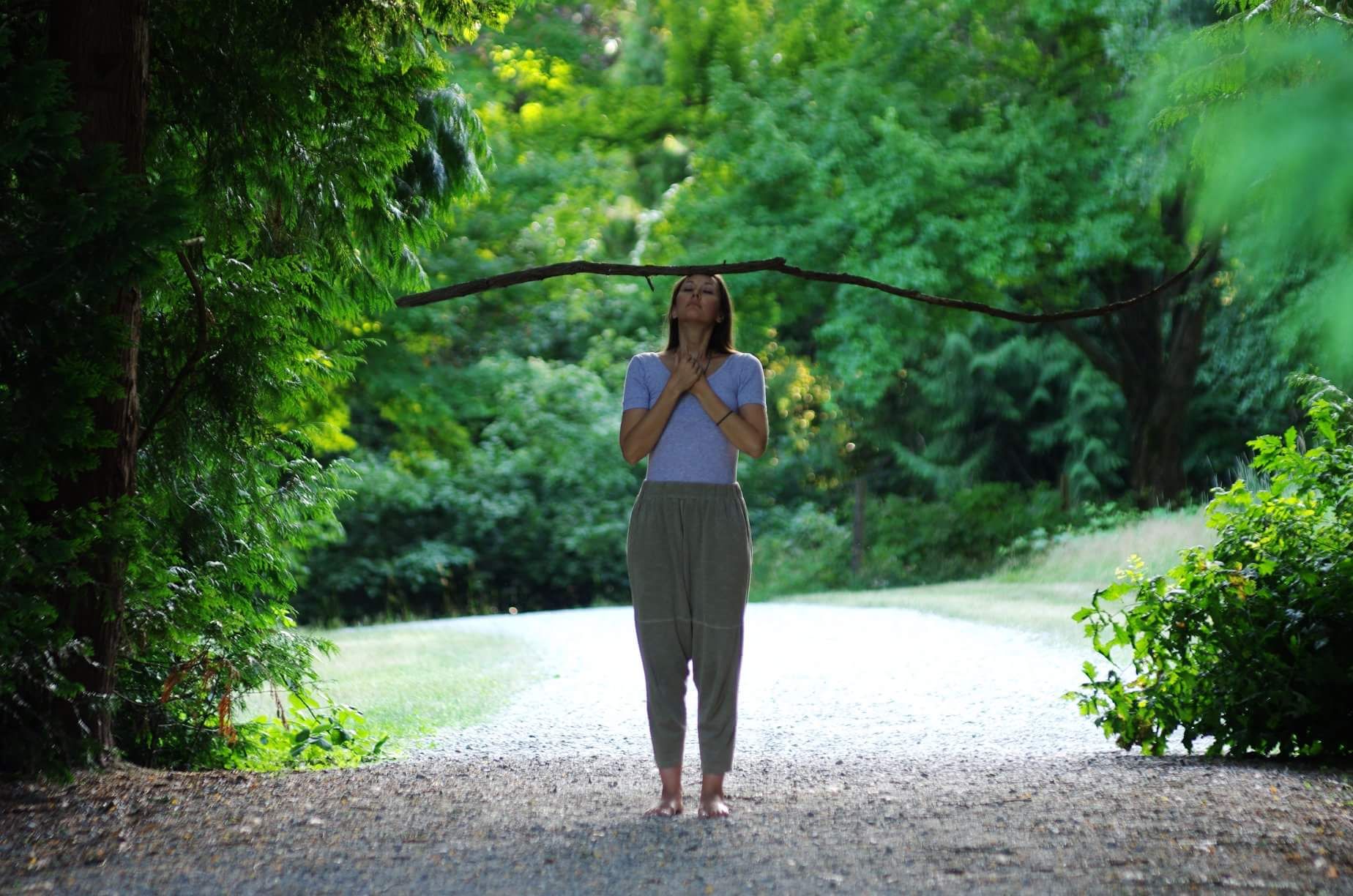 Individually, Eric has to lead a wide range of projects to expand street dance’s perception and boundaries within different mediums such as film, theatre, new media, fashion, and Virtual Reality (VR). . Eric recently finished his first iteration of a 20-min solo work entitled, iye (2019), in the MiBC Creative Residency and is recontextualizing iye as a web-based interactive experience entitled, iyeism. Eric has developed short movement films such as Wave, I(n)finite and E_GO. Eric is currently pursuing the immersive technologies of VR in relation to dance in collaboration with the Museum of Other Realities (MoR) and Volumetric Camera Systems (VCS). 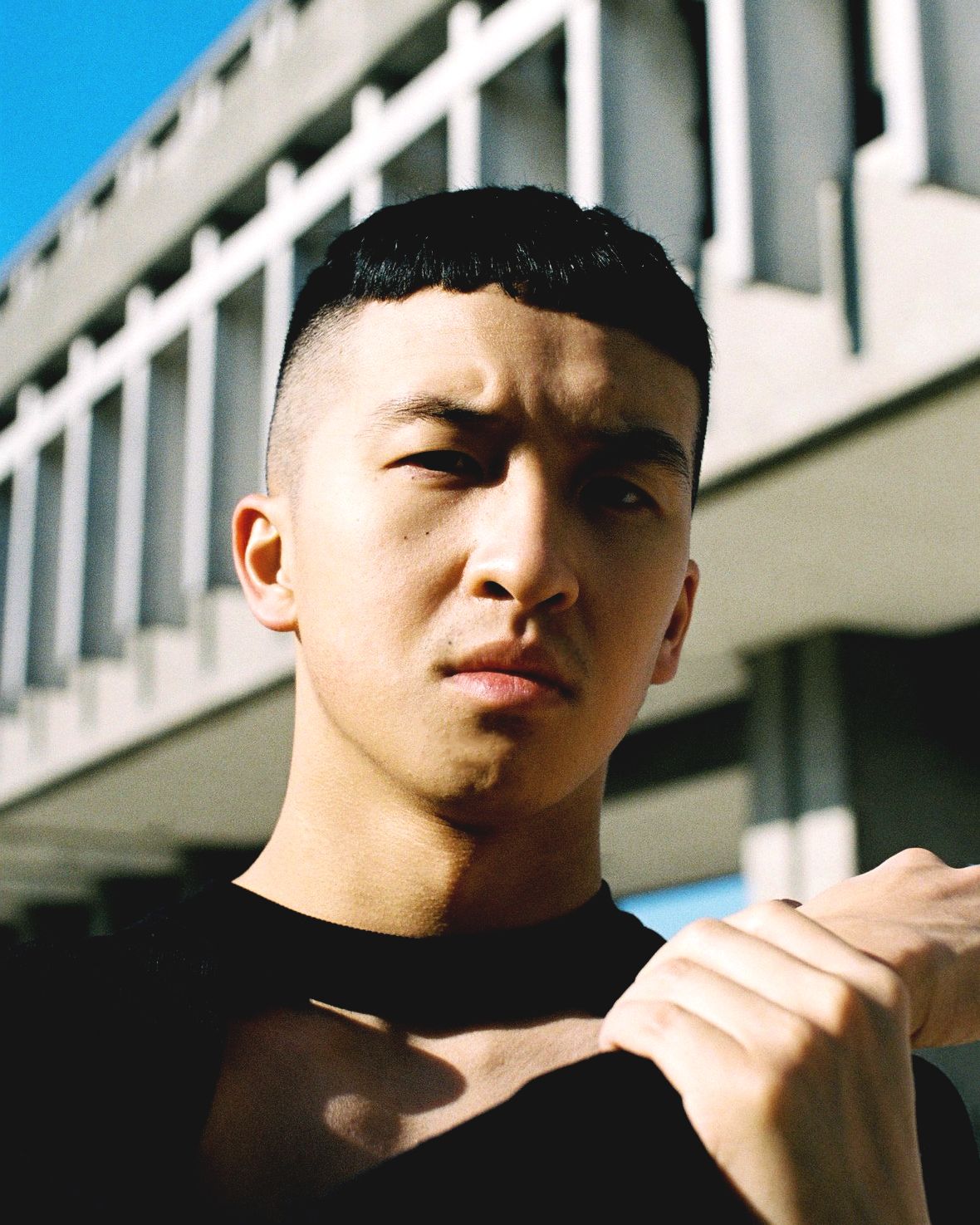 Shion Skye Carter is a dance artist originally from Tajimi, Japan, and based in Vancouver, Canada, on the unceded, traditional territories of the Musqueam, Squamish and Tsleil-Waututh Nations. Through choreography hybridized with calligraphy, video, and sculptural objects, her work celebrates the intersection of her ethnographic and queer identities in connection with her heritage. As co-founder of olive theory, an interdisciplinary duo with musician Stefan Nazarevich, she collaborates to experiment at the intersections of embodied performance, installation art, and live sound. In both her independent work and as olive theory, Shion has performed across Canada, and worked as artist-in-residence at What Lab and Left of Main in Vancouver, as well as the LENA Artist Residency on Galiano Island, BC. Her recently produced short films have been screened at festivals globally, including Dancing on the Edge Festival (Canada), Festival of Recorded Movement (Canada), Dance Days Chania (Greece), and Moving Images Dance Festival (Cyprus). As a performer, she has interpreted the works of artists such as Anya Saugstad, Vanessa Goodman (Action at a Distance), Ziyian Kwan (Dumb Instrument Dance), and Wen Wei Dance. She holds a BFA in Dance and Kinesiology from Simon Fraser University, and is the 2021 recipient of the Iris Garland Emerging Choreographer Award. 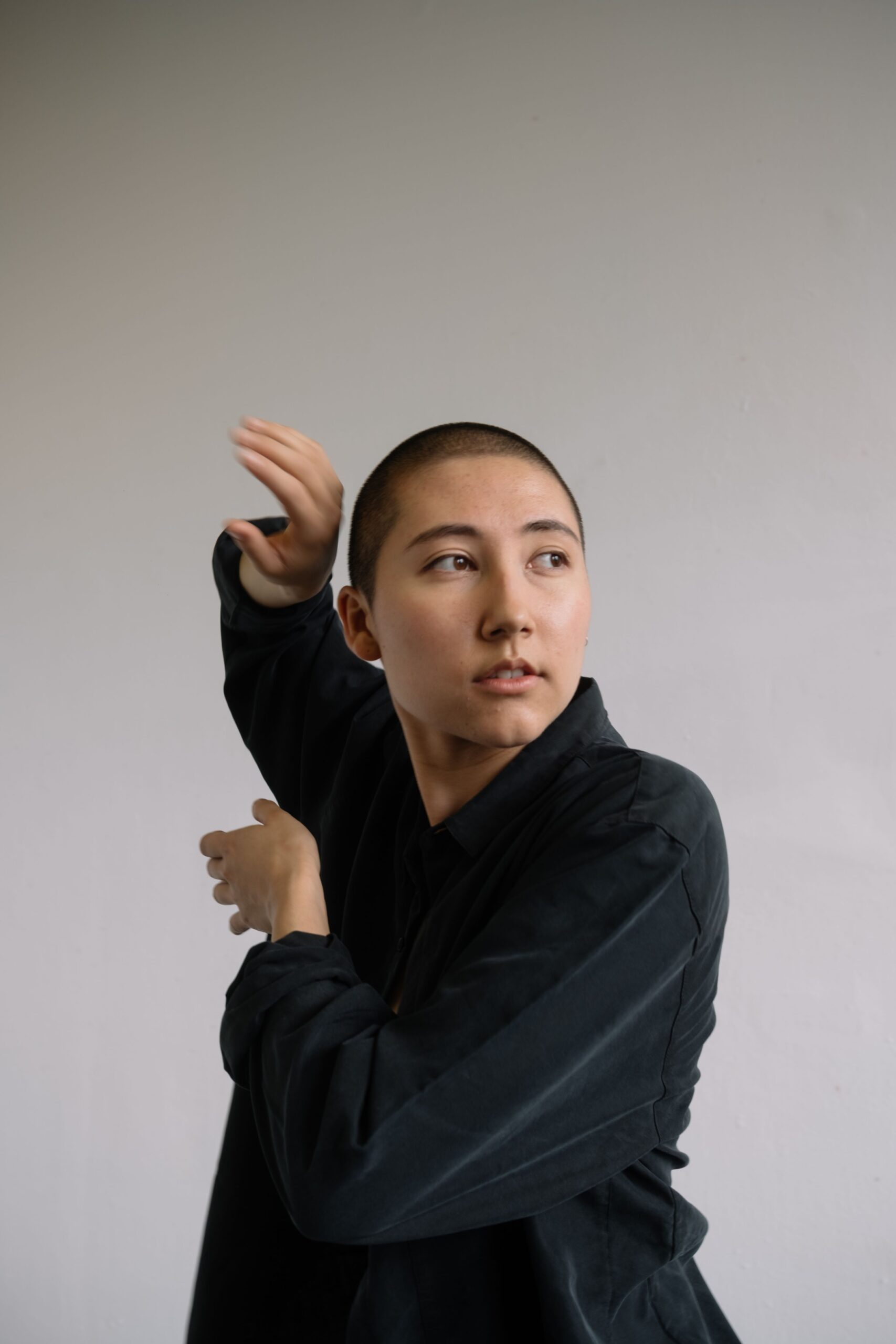 lisa nevada is a travelling choreographer, performer, educator, and naturalist who spent most of her life in Nuevoméxico, but is now a guest in Canarsie and Lenape territory more commonly known as Brooklyn, NY. Her compositions and vocabulary of work highlight our innate relationship to place and an urgent commitment to the health and restoration of soils, plants & trees, waters, and animals. Her work has been commissioned by galleries, theatre & dance makers, as well as music symposiums throughout the US and Canada. Her research delves into sonic realms of lullaby and wailing in response to humanity’s active destruction of psyche and home. lisa received her MFA from the University of New Mexico in 2015. 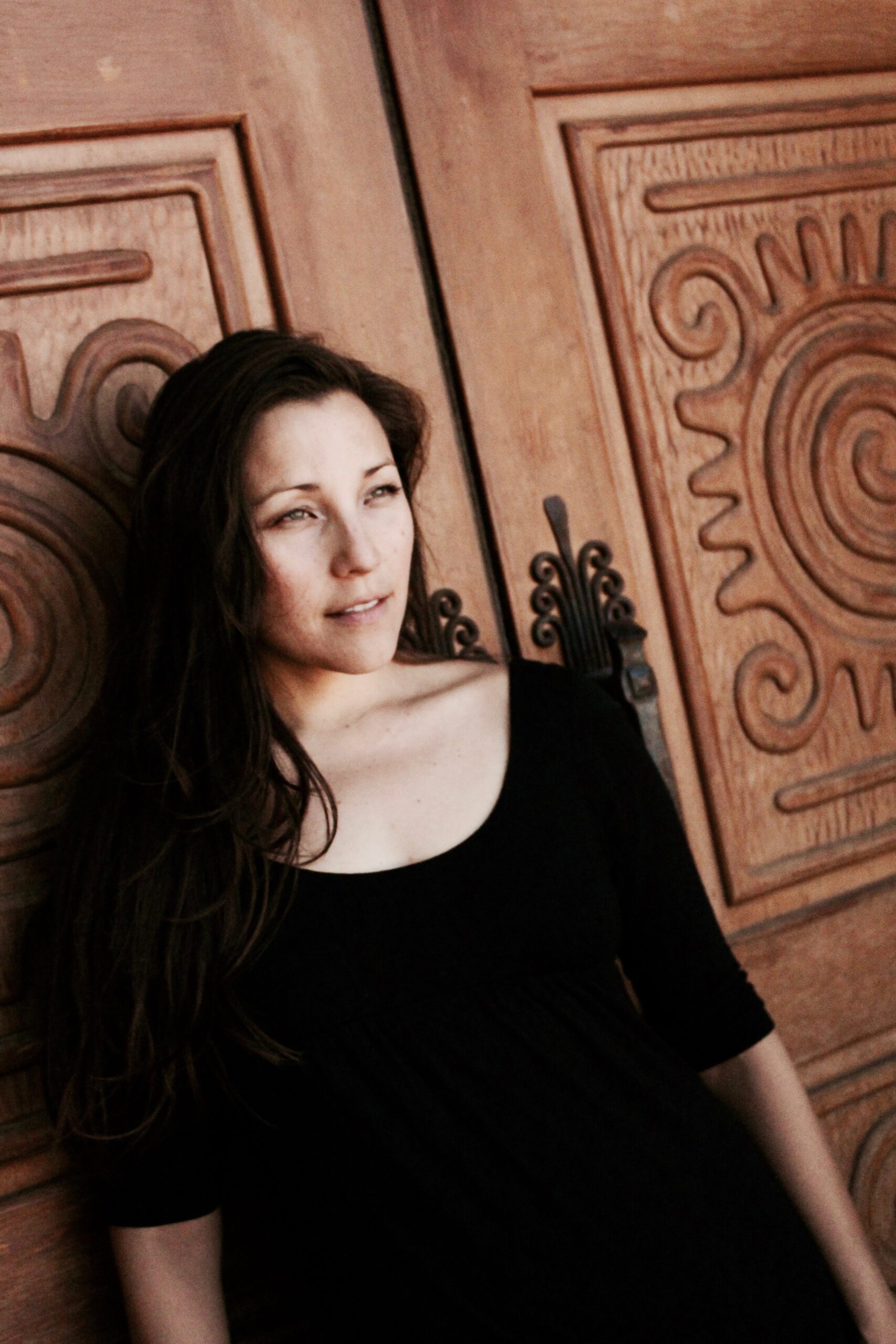 Born and raised in Japan, Kisyuu started learning calligraphy when she was seven and was given a calligraphy master name “Kisyuu” from her master Kosyuu Kobayashi at the age of 18. She earned numerous awards from calligraphy competitions both in Japan and Canada.

Since moving to Canada in 2007, she has been working on her calligraphy installations, workshops, lessons, exhibitions, live performances and commissioned art works. She has been performing in collaboration with various types of artists. She has also worked on projects with different companies such as Microsoft, Shiseido, 20th Century Fox, Toyota and Netflix.

She writes both traditional and modern freestyle calligraphy – a brush and sumi-ink are her tools to express her true self. Through her calligraphy art, she wishes to create peace, both inner and outer. 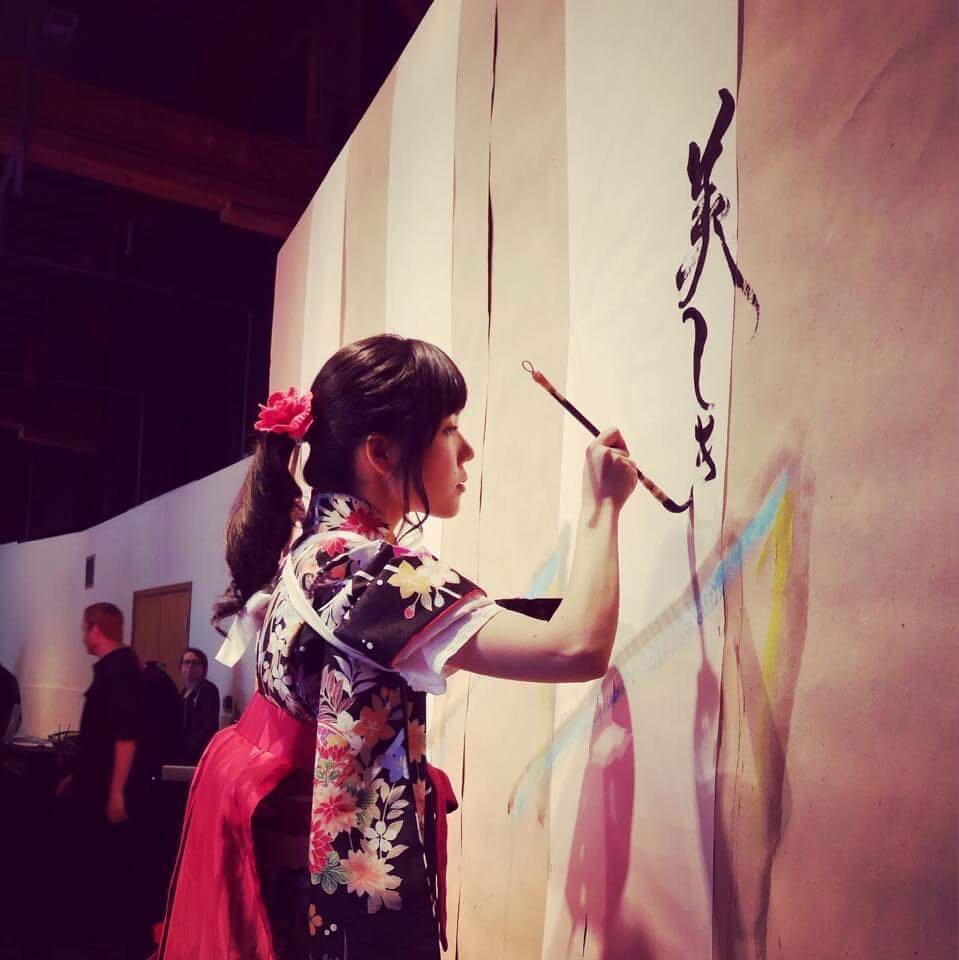